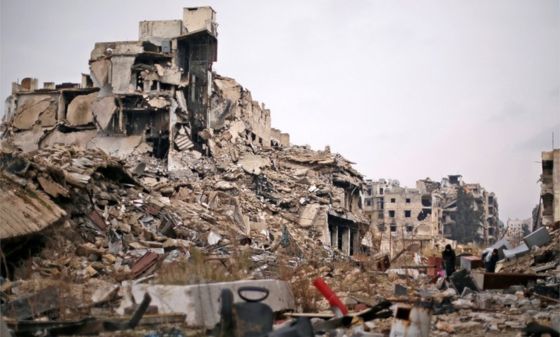 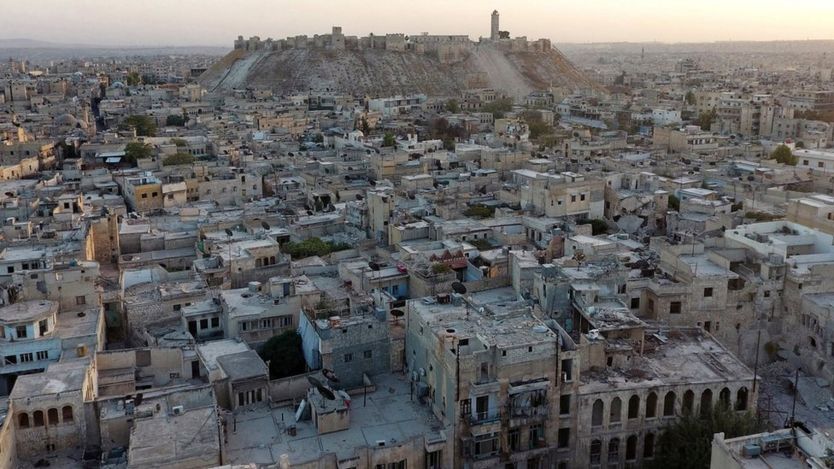 The Obama administration provoked the ongoing 1400-year-old Islamic tensions between the Sunnis and Shi’ites in Tunisia on December 17, 2010. The violence quickly spread throughout the Arab world from Libya and Egypt through Jordan to Iran and Algeria. The uprising, which began in Tunisia, continues in Syria and Iraq.

There are two reasons why Barack Obama created this war. First, he is a Sunni muslim who seeks to unite Islam under the Sunnis. Second, Syria is the oil distribution hub of the middle east. The uniting of the Islamic factions under the Sunnis would lead to the control of the Middle East with all that implies – controlling the earth economically through oil supply, being in a geographical position to conquer Jerusalem, which is both Islam’s and the New World Order’s desired capital, leading to the ultimate governmental control over the entire population of the earth depending who wins control.

Aleppo became central in the US-fomented Syrian war in 2012. It had not been affected by the initial uprising against Bashar Al-Assad on March 15, 2011. The Syrian government remained in full control of Aleppo until July 2012 when Rebel fighters, backed by the US, launched an assault to take control of northern Syria but failed in the attempt. The Rebel forces failure left Aleppo divided between the two factions with the Rebels in the east and Syrian government’s forces in the west. Aleppo has been the central and key battleground of the Syrian war ever since. 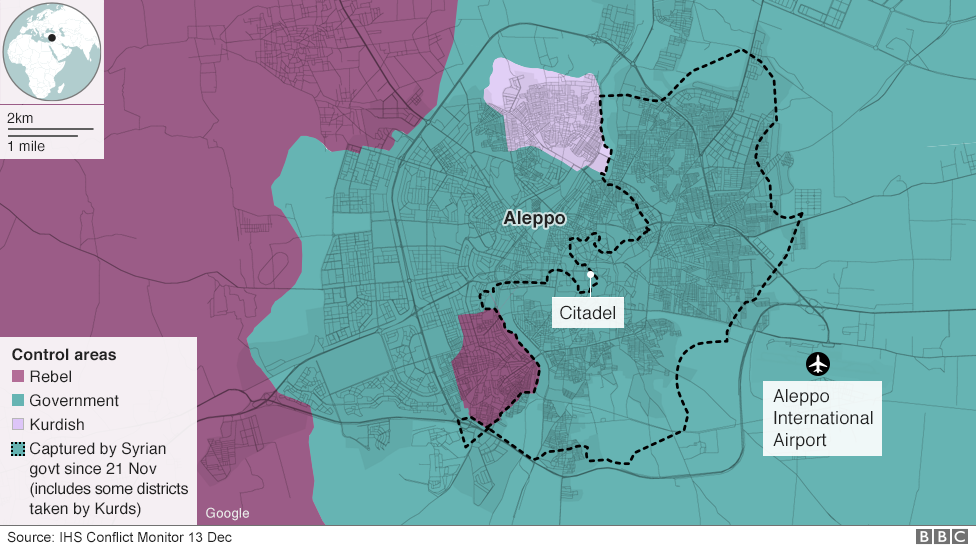 Additionally, political alliances between Rebel factions have affected the outcome of their fight against the Syrian government. The Rebels, who are comprised of Sunnis, found themselves ensconced in internal battles that resulted in splintering. For instance, Jabhat Fateh al-Sham, which earlier this year changed its name from the Nusra Front and announced it was cutting ties with al-Qaeda. Earlier in 2016, hundreds of tribal Arabs in Aleppo’s northern areas swore allegiance to the Islamic State’s (ISIS) alleged caliphate and its leader Abu Bakr al-Baghdadi. Thirteen splinter Rebel armies continue to operate in Aleppo (see Wikipedia).

Not only have allegiances in Aleppo changed, but nations have changed allegiances with each other, as well. Turkey experienced a failed coup on July 15, 2016 which was an attempt to conquer state institutions and President Recep Tayyip Erdogan. This became Erdogan’s excuse to ally with Russia over Syria and Aleppo. It also became Erdogan’s trump card in his effort to blackmail the European Union for accession of Turkey into the EU.

With the murder of Russia’s Ambassador to Turkey by a Turkish police officer, Russia’s proxy war against the West – the US, EU and allies in Syria – was escalated. Turkish police office, Mert Altintas who fired up to five bullets into the Russian ambassador, Andrey Karlov, at point blank range yelled “allaha akbar” repeatedly while waving his gun around and raging about what was happening in Allepo. Aleppo, quite possibly, just became the impetus for increased war between the East and West. Russia is already blaming the United States for this incident.

This assassination is a scary reminder of the deadliest conflict in human history that was sparked when Archduke Ferdinand of Austria was assassinated by Yugoslav nationalist Gavrilo Princip in Sarajevo on June 28, 1914. The murder of the heir to the throne of Austria-Hungary rapidly sparked a diplomatic crisis which ultimately led to the deaths of 16 million people, including seven million civilians.

Matthew 24:7 For nation shall rise against nation, and kingdom against kingdom…

The wars of the Great Tribulation will look like what has been happening in Aleppo since 2012. Fighting will be intense in strategic cities and geographical areas globally. Civilians will be caught between the warring armies. Escape will be almost impossible. Travel around the globe will cease as battles escalate everywhere on earth.

Isaiah 33:8 The highways lie waste, the wayfaring man ceaseth: he hath broken the covenant, he hath despised the cities, he regardeth no man.

“He” in the above scripture is a reference to the Antichrist. Prayerfully consider where and when YHVH wants you to relocate because escaping the torrent of violence that is coming may be impossible. Don’t get caught in the coming “Aleppos”.