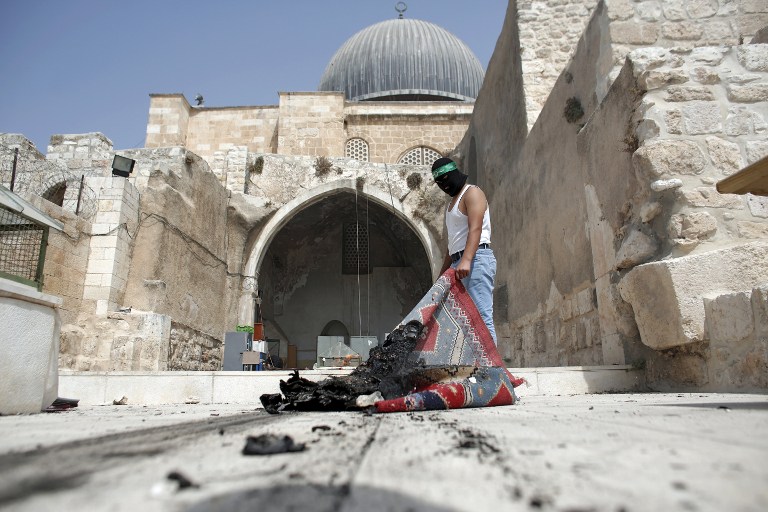 DEBKA: This is a war for sovereign control of Temple Mount

If the Palestinians choose to continue along the path of violence, their American and European backers will face the dilemma over whether to continue to sponsor terror. Making a public issue of this will effectively put paid to all efforts at diplomacy for ending the dispute – whether local or regional.

White House in Talks With Israel, Jordan and the Palestinians to De-escalate Temple Mount Crisis

The White House is holding talks with Israel, Jordan, the Palestinians and other entities in the Arab world in an effort to find a solution to the Temple Mount crisis and stop the violence from escalating further, according to Israeli officials and Arab diplomats who asked to remain anonymous due to the sensitivity of the matter.

Of course not. The U.S. has to now lean on Israel to accept Russia and Iran being right on its border!

Temple Mount: Alternatives to metal detectors to be implemented tonight

East Jerusalem continued to smolder Saturday after one of the worst days of Israeli-Palestinian unrest in years. Masked youths clashed with riot police on streets littered with stones hurled by rioters and shops were shuttered to protest violence that left three Palestinians dead the day before and at least one more on Saturday evening.

Trump Officially Hands Syria Over to Russia and Iran

With Washington having left the field (aside from the war on the Islamic State), Iran and Turkey, as partners in the diplomatic process, will both have their positions bolstered. Under other circumstances, Israel could use Turkey as a strategic partner to protect its interests. In the current circumstances, Israel is suspicious of Turkey and worried by its closeness to Iran and Russia.
More importantly, however, Israel must now adapt its strategic paradigm to a situation in which Russia has become a dominant player in Syria in particular and the Mideast in general, while the Americans are heading back across the ocean.

Russia likes to ‘stick it to America,’ CIA chief says 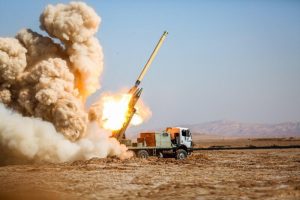 Iranian state TV on Saturday reported the inauguration of a production line for a new version of an air defense missile.

The report said the missile dubbed Sayyad-3 is an upgrade to previous versions of the missile. Sayyad means “hunter” in Farsi.

Hezbollah Carries Out Rocket Strike on Terrorists Near Syrian-Lebanese Border

Turkey could be ‘more dangerous version’ of Iran

America’s NATO ally Turkey, which is abandoning the secular vision of the modern state’s founder, could become a “more dangerous version” of Iran, a Middle East expert believes, according to a new report in Joseph Farah’s G2 Bulletin.

Yeah! Let us into the European Union, but don’t try and tell ME what to do!

President Donald Trump urged Congress to pass a budget that provides for higher, stable and predictable funding for the U.S. military.

“Call that congressman and call that senator, and make sure you get it,” Trump said Saturday at the commissioning of the Gerald R. Ford, the Navy’s newest aircraft carrier. “We must end the defense sequester once and for all.”

…’Cuz, apparently, we must be going to war against some “red” nations like Russia, China and North Korea!

Assange: ‘CIA Not Only Armed Syria’s Insurgents–It Paid Their Salaries’ 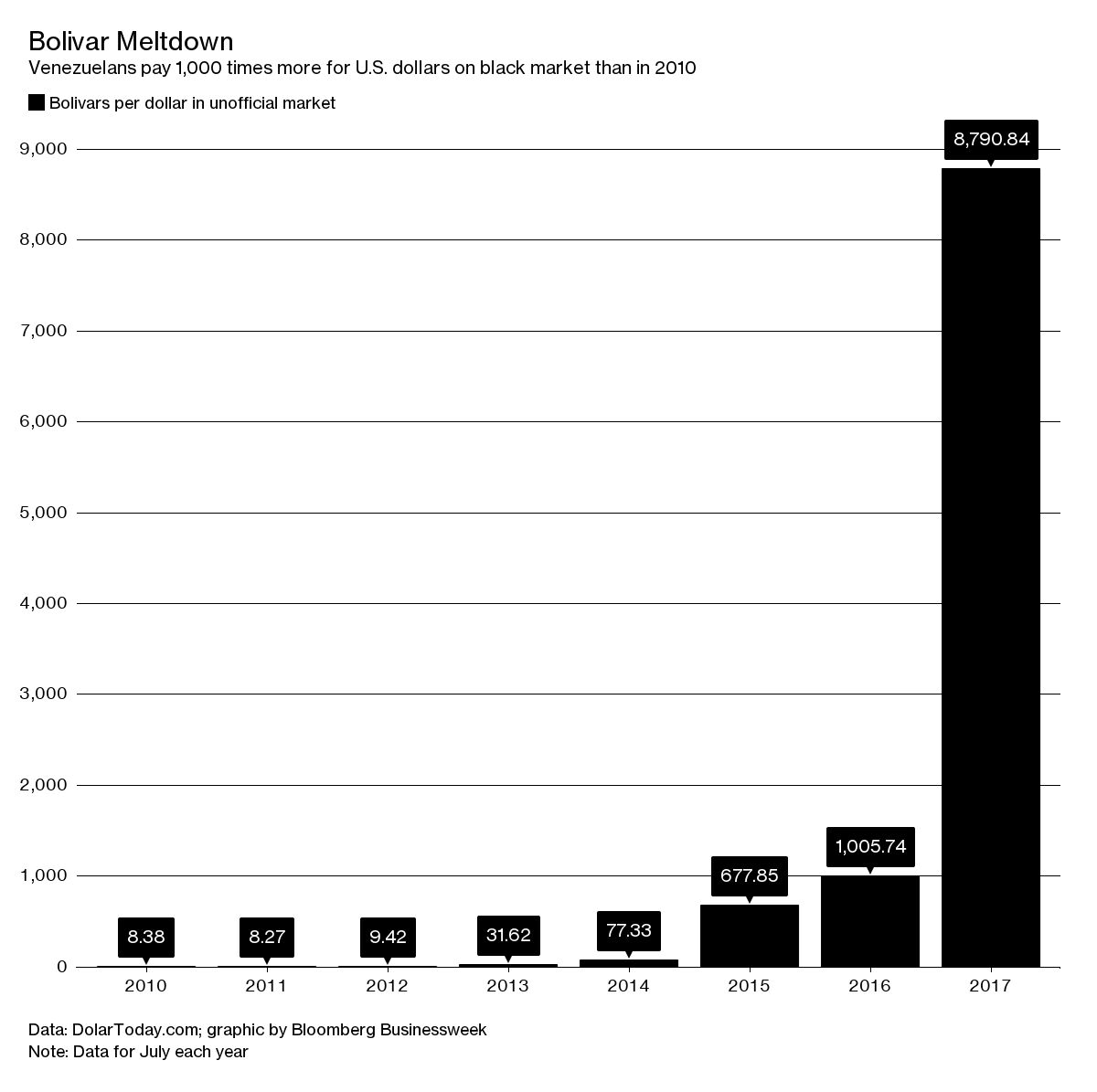 The Battle for Venezuela

Nearly every day for more than three months, thousands have taken to the streets to vent fury at President Nicolás Maduro and his increasingly repressive leadership.

These confrontations often turn into lopsided and sometimes lethal street brawls — more than 90 people have been killed and more than 3,000 arrested.

The Meltdown in Venezuela’s Currency Is Deepening

The White House has withdrawn 469 planned rules and inactivated 391 regulations-in-progress that were part of the final regulatory push by former President Obama.

That’s a conservative estimate which may not factor in that 15 of those 42 laws also reversed Obama regs.

Global police agency Interpol has compiled a list of 173 suspected Islamic State terrorists, believed to have been trained to commit suicide attacks in Europe, the Guardian reported.

European counter-terror networks are worried ISIS losing ground in Syria and Iraq increases the risk of suicide bombers heading to Europe — although the paper says there is no evidence that any of the individuals on the list have reached the continent.

This is how the Roman Catholic Church comes into play in the end of days. Islam is a Vatican operation from 1400 years ago. Just like the United States created Al-Qaeda and ISIS, the Vatican was in the business of creating Islam.

This was done to integrate the Arabs under the Catholic wings. Jews and early non-Jews (gentiles and the House of Israel who were among them) had already been conquered by assimilating aspects of the gentile paganism into Christianity or killing those who would not cooperate. The next step was to capture the Arabs.

The Catholic Church is an Edomite institution designed as a means to conquer Jerusalem, then the entire earth. Along the way, the from then to now, the Arabs gave their new religion a life of its own. Today, Islam appears to be different than the Catholic Church, but Islam’s strings are still being pulled by the old puppet master, the Pope.

The Catholic Church still holds the strings to Europe, too.

Ezra Levant, founder of Rebel Media, joins Alex Jones to discuss how the mainstream media over-hypes the humanitarian crisis of Muslims in the Middle East but covers-up the extermination of Christians. 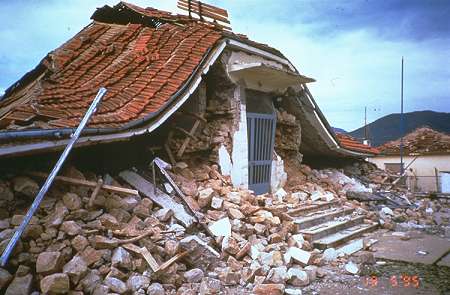 The Greek holiday island of Kos on Saturday was struggling to recover from a quake that killed two people and injured hundreds, with tourists facing flight delays and the damaged main harbour closed for a second day.

The 6.7-magnitude tremor also left hundreds more injured in the Turkish resort of Bodrum, about 20 kilometres (12 miles) across the sea from Kos.