US breaks ground for new permanent base in Israel

U.S. and Israeli officers broke ground in Israel on Monday for a permanent U.S. Army base that will house dozens of U.S. soldiers, operating under the American flag, and charged with the mission of defending against rocket and missile attack. The UAV took off from Damascus air port, but it was an Iranian-supplied Hezbollah drone.

The base will be located within the Israel Defense Forces Air Defense School in southern Israel, near Beersheba

Ezekiel 38:7 Be thou prepared, and prepare for thyself, thou, and all thy company that are assembled unto thee, and be thou a guard unto them.

What the Hebrew actually says:

Gog is only to prepare to be a guard. But a guard to who? Israel.

It makes sense that the U.S. and the 4+1 coalition (Iran, Iraq, Syria, Lebanon plus Russia) will fight a war with each other on Israel’s soil as the U.S. tries desperately to protect Israel. The problem is that by that time, the U.S. won’t be strong to even defend itself because of the war in Syria.

Isaiah 7:8  For the head of Syria is Damascus, and the head of Damascus is Rezin; and within threescore and five years shall Ephraim be broken, that it be not a people.

THE GOG – MAGOG WAR AND THE FALL FEASTS 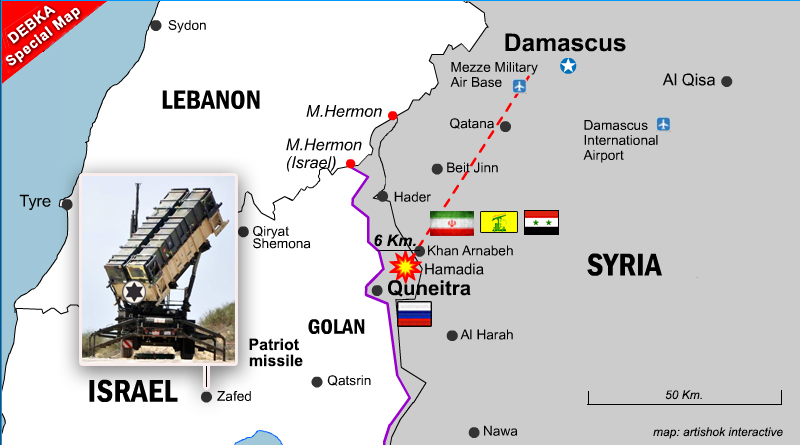 The was downed over Quneitra, the exact location the U.S. just pulled out of leaving Iranian and pro-Iranian, Hezbollah and Russian mercenary forces behind.

The IDF Tuesday intercepted and destroyed an Iranian-made unmanned aerial vehicle (UAV) operated by the Lebanese terror organization Hezbollah that entered the demilitarized zone of the Golan Heights near Israel’s border with Syria.

An Israeli Air Force fighter jet fired a single Patriot missile at the UAV – an intelligence collection drone – from Israel’s Golan Heights. It downed the drone in Syria’s Quneitra before it could enter Israeli airspace.

Israel asked Russia and the United States to prevent an Iranian presence, or that of any Shi’ite militia operating under Iranian influence, in southern Syria near the Israeli border in any cease-fire agreement. Israel presented its demand during the talks that preceded the cease-fire agreement in July – but the Russians refused.

Prime Minister Benjamin Netanyahu also called on the world to change or cancel a nuclear deal with Iran, just hours after President Donald Trump called the agreement “an embarrassment to the United States.”

President Trump called a nuclear deal negotiated by the Obama administration with Iran “an embarrassment” and said he may withdraw from the accord while blasting Tehran for spreading violence in the Middle East during a speech Tuesday at the United Nations.

Please use the sharing tools found via the email icon at the top of articles. Copying articles to share with others is a breach of FT.com T&Cs and Copyright Policy. Email licensing@ft.com to buy additional rights. Subscribers may share up to 10 or 20 articles per month using the gift article service. More information can be found here. Iran and European powers are seeking to convince Donald Trump to keep a historic nuclear deal with the Middle Eastern regional power intact.

While Trump scrambles to open a U.S. military base to guard Israel and tries to make his case against the Iran nuclear deal at the United Nations, Hezbollah is rehearsing war against Israel right at the Golan border. Hezbollah fighters stationed near the Israeli border with Lebanon told an American TV crew last week they were watching Israel and waiting for a signal to attack, newly bolstered by fighting experience gained from battles in Syria. 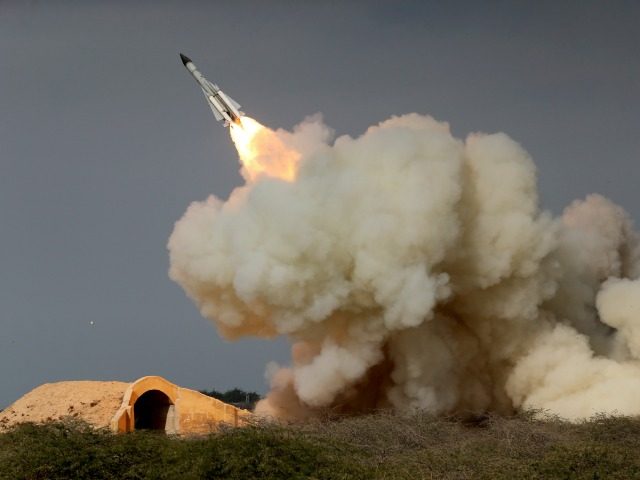 Iran’s reported creation of the “father of all bombs” should be seen as a message to Israel and the Persian Gulf States, Russian military expert Vladimir Korovin told Sputnik, expressing doubt that Tehran would use its 10-ton conventional aviation bomb against the US.

US forces evacuate military base, allow Iranian militias to take control of region

Rabbis have longed believed the Gog war would begin at Sukkot. Is it a coincidence that these events occurred two days before Rosh Hashanah?

It may be awhile before the Persian King of the North from Daniel 11:40-45 invades IF YHVH still needs to move His chess pieces around the Middle East board, but this situation cannot last for too long. Someone’s trigger finger or inept diplomacy will spark the religious Shi’ite white horse of Revelation to ride!

Revelation 6:2 And I saw, and behold a white horse: and he that sat on him had a bow; and a crown was given unto him: and he went forth conquering, and to conquer.