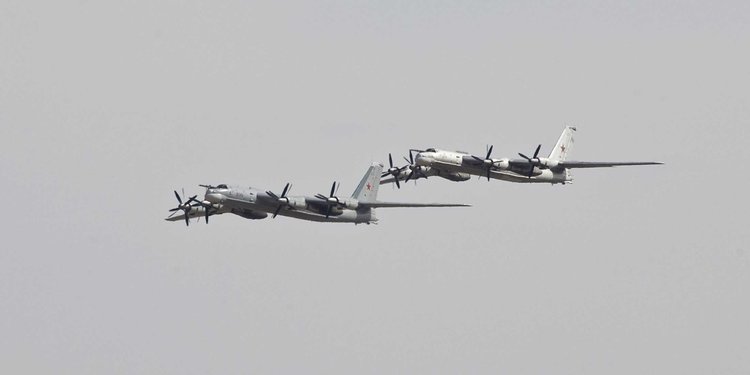 On Friday, two US F-22 Raptor fighter jets intercepted two Russian nuclear-capable Tu-95MC strategic bombers flying over the Arctic Ocean, escorting them for part of their journey over the waters of the Arctic and the Bering and Okhotsk seas.

The US planes tracked the Russian bombers until they left the area, flying west over the Aleutian Islands.A defense official told The Washington Free Beacon that the bombers may have been practicing for a cruise-missile strike on US missile-defense sites and radars in Alaska — which may be a feature of the Russia’s upcoming massive Vostok-18 exercise that Russian officials have said will be the largest such drill since the Cold War.