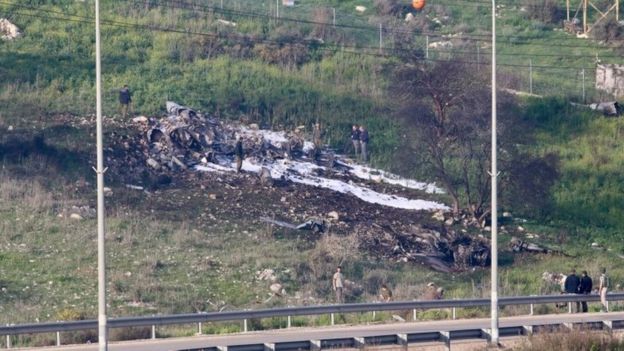 Through much of the conflict, the interests of these outside players were often opposed to each other – and the fact that their aims were mutually exclusive has ensured the failure of all attempts to end the war.

But even as their interests have edged closer to collision, these outside powers have had the buffer of working through their proxy forces on the ground.

When dangerous flashpoints have arisen, all sides have taken a step back to avoid further escalation, leaving Syrians – as ever – to suffer the consequences.

The US and the Russians and Iranians, the Turkish and the Kurds, even the regime, put their irreconcilable differences on hold just long enough to allow them to take on IS – if not as allies, at least not as battlefield rivals.

The Russians and Iranians entrenched themselves deeper in Syria – as the regime continued to recover more territory.

After the defeat of IS, the US was left with little clarity to its mission in Syria – and even less influence.

Israel saw battle-hardened Hezbollah and Iranian fighters move closer and closer to its border – prompting a more active, though still cautious, engagement in the conflict.

Almost half of Syria’s pre-war population of 23 million has been displaced by the war.

Talk of peace and de-escalation zones has grown in volume, but in many parts of Syria, it’s still drowned out by the sound of shelling and aerial bombardment.

Recent events have shown that the limited comfort that those involved will always pull back from the brink of deeper confrontation, may not be entirely reliable.