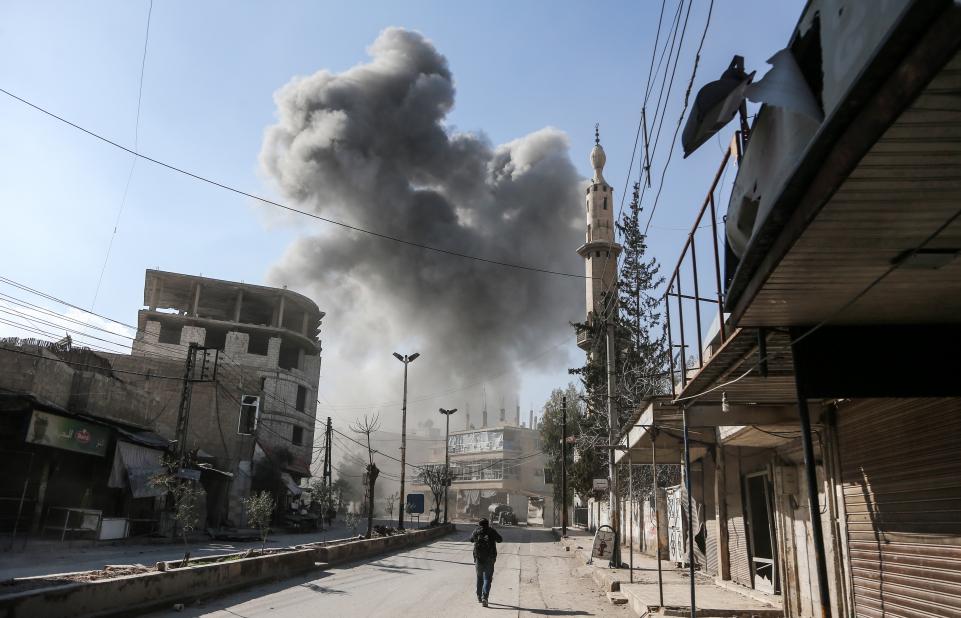 Russia has accused the U.S. of supporting militant groups in a rebel-held pocket of Syria, with one leading Russian senator calling on the Pentagon to join Moscow in bombarding the besieged bastion of insurgent control.

Dmitry Peskov, a spokesman for Russian President Vladimir Putin, denied the U.S.’s claim on Wednesday that Russian and Syrian warplanes were targeting civilians amid a mounting death toll in eastern Ghouta, one of the last suburbs of Damascus held by armed groups opposed to Syrian President Bashar al-Assad. The Syrian military, backed by the Russian air force and various Iran-backed militias, has recently renewed a violent campaign to retake the area from a mix of jihadi and rebel groups, some of which have received U.S. support.

Read more: Russia Wants U.S. to Join It in Bombing Ghouta and Winning the War for Assad in Syria