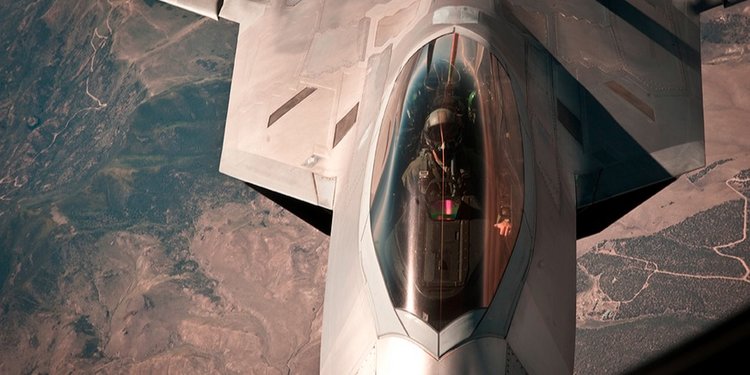 While the Su-57 poses no real air-to-air threat to Western fighters in its current state, it has a diverse array of powerful radars that can spy on the F-22.

Russia appears to have deployed its most advanced fighter jet to Syria.

An expert told Business Insider that it could be used to spy on the US’s F-22 stealth fighter.

Russia often uses Syria as a showroom for new hardware, and it most likely wants to market the Su-57, which is still a prototype, as having been combat-tested.

But the Su-57 isn’t ready for combat, and Russia has only 12 of the jets on order as it seeks funding to expand the program.

Videos on social media appear to show Russia’s Su-57, a prototype of a new, fifth-generation fighter jet, operating in Syria — and it could be a direct threat to US stealth aircraft like the F-22.

Justin Bronk, a combat aircraft expert at the Royal United Services Institute, told Business Insider that initial attempts to geolocate Su-57s shown in the video indicated the deployment may be authentic.

He also said any deployment could be a cynical move to boost Russia’s military sales while gaining valuable intelligence on the F-22.

“Russia has deployed pretty much everything in its arsenal in Syria, whether they’re prototypes or heavy strategic bombers in absurdly inefficient strike paths all around Western Europe and through the Mediterranean” to strike targets in Syria, Bronk said.