The United Nations envoy to the Middle East, Nikolay Mladenov, claimed that, despite US wishes, there is no real possibility that Israel will normalize relations with Arab states before a comprehensive agreement with the Palestinian Arabs.

In a conversation with reporters, Mladenov said that “It is impossible to skip over the heads of the Palestinians and work for peace only with the Arab states.”

He added that, in his opinion, “confidence-building measures should be taken to allow the sides to enter talks and deal with the core of the conflict.” 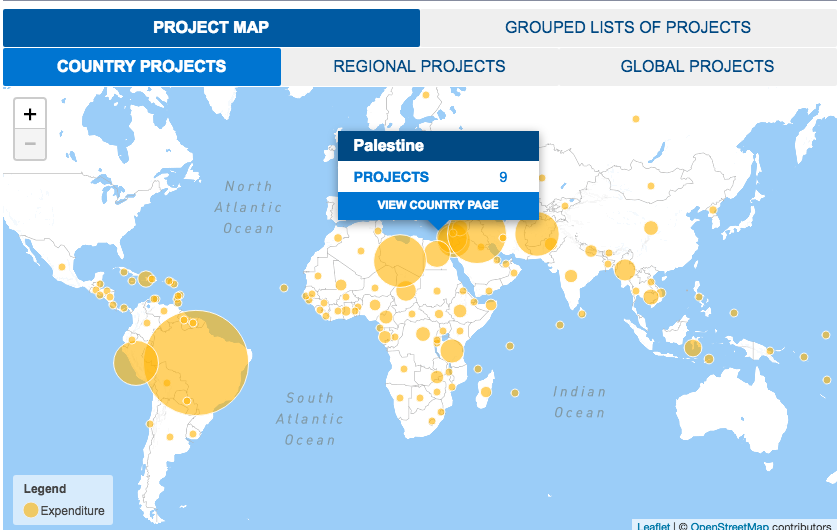 4 Questions About Hebron That UNESCO Does Not Want To Hear

There is no Israel on the UNESCO map. We simply don’t exist. An organization that is all about education and getting along simply deleted the Jewish State…

Russian troops stepped into southern Syria for the first time Wednesday, July 13, when they entered the embattled town of Daraa to start enforcing the partial ceasefire agreed by Presidents Donald Trump and Vladimir Putin in Hamburg on July 7.  DEBKAfile’s military sources report this exclusively.

The Russian deployment in a southern Syrian border town Wednesday was the first step in their posting along Syria’s Israeli and Jordanian borders, as agreed between Washington and Moscow. President Trump had assented to this arrangement to bolster the first stage of the Syrian ceasefire going into effect in the de-confliction zone of the southwest.

Sources predict that, after the arrival of Russian troops in Daraa to preserve the ceasefire, both Washington and Moscow will lean hard on Jerusalem to accept Russian troops at Quneitra too, that is, opposite the Golan.

And there you have it, folks. Russia is the backer of the 4+1 coalition, Iran, Iraq, Syria and Hezbollah. While it looks like the heat between Russia and the U.S. is cooling off, we have to take a “wait and see” approach. Such tensions have cooled and heated back up many times in the past.

For decades, prophecy watchers have known Russia would one day attack Israel. Many have believed Russia is “Gog“, but it is not. Russia is aligned with Iran. Gog is the European Union which is led by Germany. The European Union is, in turn, led by the United States.

These two entities will, one day, go to war with other on Israel’s soil!

U.S. Bases In Syria Set The Borders For A Federalized Country

President Hassan Rouhani said the Iranian government backs efforts at overcoming differences and ending clashes in the region, warning “certain states” not to endanger their interests and those of Middle East nations by pressuring other countries.

Speaking in a meeting with Omani Foreign Minister Yusuf bin Alawi on Wednesday, the president was apparently referring to Saudi Arabia, which is at loggerheads with Tehran over various regional conflicts and cut Iran links early 2016.

A MONTH INTO THE QATAR CRISIS, THE SIDES ARE AT AN IMPASSE

Qatar-Gulf crisis: All the latest updates

The U.S. State Department has approved a possible $3.9 billion missile defense sale to Romania, in a move likely to anger Russia. The Defense Security Cooperation Agency said in a statement on Tuesday that it delivered the required certification notifying Congress of the potential sale to NATO member Romania on July 10.

Announcing the deal, the agency said: “The proposed sale of the Patriot system will support Romania’s needs for its own self-defense and support NATO defense goals.”

The U.S. stock market is 66% higher than it should be

Fundamental risks in the U.S. stock market [include] liquidity risks created by the European Central Bank and the Federal Reserve in the tightening of monetary policy, in the reduction of the Fed’s balance sheet, and the likelihood that these risks will prick the asset bubble that the market is in today.

Why this investor is shorting the US stock market

The U.S. Army is telling women soldiers that they need to accept gender-confused, biological men in their showers, bathrooms, and barracks as part of a controversial policy to build “dignity and respect” for “transgender Soldiers.”

US HITS 50,000 REFUGEE CAP, BUT SOME OTHERS STILL ALLOWED IN

The U.S. has reached the Trump administration’s limit of 50,000 refugees for this budget year. That won’t stop some additional refugees from entering the United States in the next few months, but they will now face tighter standards.

A Supreme Court order last month said the administration must admit refugees beyond the 50,000 cap if they can prove a “bona fide relationship” with a person or entity in the United States. That was part of a broader ruling that allowed President Donald Trump to partially administer his contested travel ban affecting six Muslim majority countries.

Soon after the Syrian Observatory for Human Rights claimed on Tuesday that it had confirmed that Islamic State leader Abu Bakr al-Baghdadi was dead, the US-led coalition issued a statement saying it could not confirm the reports but chided ISIS: “We strongly advise ISIS to implement a strong line of succession, it will be needed.”

If Baghdadi isn’t dead, the coalition’s message is that he and his cohorts soon will be. It comes after the defeat of ISIS in Mosul and leaves us wondering why Baghdadi was such a key figure.

Well, that’s one way to read the U.S. message. Another way might be that the U.S. is advising ISIS to pick a new leader so this army will not be lost. Without ISIS, the United States will have no excuse for continuing to operate in Syria.

The Most Unusual (And Significant?) Solar Eclipse In U.S. History Will Happen Next Month On August 21

August 21st is the date of “the Great American Eclipse”, and the hype around it is already starting to reach a fever pitch. It is being called “the Great American Eclipse” because this will be the first total solar eclipse ever that is only visible in the United States. In other words, since the United States became a nation there has never been a total eclipse that was only visible here and nowhere else. And this will be the first total solar eclipse to cross from the west coast to the east coast in 99 years. So for those that love astronomy, this is bigger than the Super Bowl.