The laundry list of offenses Iran has against Saudi Arabia continue to mount. “The most recent dispute is over Saudi Arabia leading a boycott against Qatar. Saudi Arabia says it’s waging diplomatic war against Qatar because of its support for terrorism. But if you drill below the surface, there’s actually something else that helps explain the crisis: Qatar’s hugely valuable natural gas reserves.

Enormous amounts of natural gas, not oil, have fueled Qatar’s rise to become one of the world’s wealthiest nations in per capita terms. It’s also the special ingredient that helps explain how it has become a renegade state in the Gulf region — and the target of an isolation campaign that marks the most acute diplomatic crisis in the Middle East in decades.”

CLICK HERE!
Middle East nations fighting over natural gas and oil reserves should be a signal about the coming Gog-Magog war.

Eze 38:12  To take a spoil, and to take a prey; to turn thine hand upon the desolate places that are now inhabited, and upon the people that are gathered out of the nations, which have gotten cattle and goods, that dwell in the midst of the land.
Eze 38:13  Sheba, and Dedan, and the merchants of Tarshish, with all the young lions thereof, shall say unto thee, Art thou come to take a spoil? hast thou gathered thy company to take a prey? to carry away silver and gold, to take away cattle and goods, to take a great spoil?

Gog will confiscate everything he gets his hands on, but the primary “spoil” of Israel will be the same that all Middle East nations are fighting over – natural gas and oil. Controlling all of the Middle Easts fossil fuels is driving the current war, and it will drive the future Biblical wars of Gog-Magog and the King of the North.

Both Gog and the King of the North will go after Israel for many reasons, but the underlying reason will be to control Israel’s natural gas and oil. The discoveries of Israel’s natural gas and oil within the last two decades is prophetically significant. This development sets up the nations of the Middle East, and Gog (German-governed European Union led by the United States), to invade Israel.

Saudi Arabia can’t rein in Qatar using its dominance over oil, so it is using its immense diplomatic influence in the region to hurt Qatar’s economy in other ways. Saudi Arabia and its allies Egypt, the United Arab Emirates, and Bahrain have severed all diplomatic ties with Qatar and suspended air, land, and sea travel to and from the country. Other countries in the region have since joined. It’s a bold — and risky — attempt to make Qatar fall in line after marching to its own beat for decades. 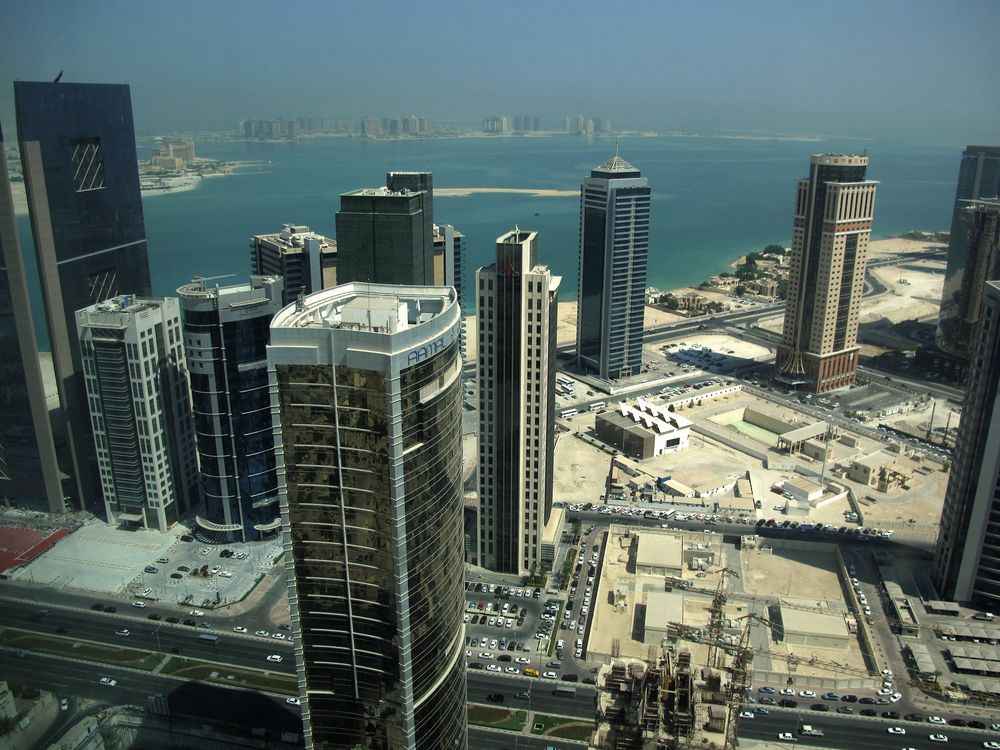 Saudi Arabia’s attempt to control the export of Qatar’s terrorism to Israel has backfired. The Saudis need Israel on their side because it has more arms, better hardware and a more highly trained military personnel than the other U.S.-led Arab nations. To that end, Saudi Arabia is boycotting Qatar to end its support for Hamas, Hezbollah and other terror groups operating in Israel.

Qatar bought itself an insurance policy by allying itself closely to the US and making itself important to American military operations in a strategically crucial area — Al Udeid airbase is home to some 11,000 US troops and is the nerve center of operations against ISIS in Iraq and Syria. So on top of economic independence, Qatar quickly bought itself a security buffer as well.

This situation is a new problem for the United States in the Middle East. First, it creates a conflict of interest between the U.S. and Saudi Arabia. This week, the U.S. is furiously working for a diplomatic solution to the conflict between Qatar and Saudi Arabia. The U.S. needs to keep Qatar from allying with Iran.

“Iran’s President Hassan Rouhani on Wednesday said that the Islamic republic is against the pressures by the Saudi-led bloc on Qatar, Tehran Times daily reported.

“Threats, pressures and imposing sanctions on a neighboring country like Qatar is a wrong approach and all should make efforts to end tension in the region,” Rouhani said during a meeting with the visiting Omani Foreign Minister Yusuf bin Alawi bin Abdullah.

The bloc, including Saudi Arabia, the United Arab Emirates, Egypt and Bahrain, has severed diplomatic ties with gas-rich Qatar, accusing it of supporting and financing extremism and terrorism, which Doha has repeatedly denied.

Certain countries’ “wrong decisions” have also caused crises in Yemen, Syria, Bahrain, Rouhani said, adding that such a situation is harmful to the entire regional countries.”

Iran is working to pull Qatar into its alliance of Middle East nations that scripture calls the King of the North in the Book of Daniel. Germany (Gog) is fighting to keep Qatar allied to the West.

Iran sent food to Qatar soon after Saudi Arabia’s boycott began. Germany, this week, sent a herd of milk cows. More cows are expected to be flown in from the United States and Australia. The West cannot afford to lose Qatar to Iran’s war circle because the U.S. would lose one of it biggest military bases in the Middle East.

The complications of these shifting sands gets worse. Turkey and Iran are being brought closer together over this crisis. Diplomatic solutions are at an impasse and Turkey has joined Iran in helping Qatar, but not with food.

“Turkey has stepped in militarily to defend Qatar, sending a battalion of troops that could eventually number up to 1,000 men to protect the small country from invasion by its much more powerful Saudi neighbor. The US has expressed two views. The Saudis and the UAE were following President Donald Trump’s call to “drive out” terrorism, including Hezbollah and Hamas, when they chose to isolate Qatar after May’s US presidential visit. But the US State Department and Defense Department, the latter of which maintains a massive base in Qatar, have urged a resolution to the crises. Kuwait has emerged as a conduit for negotiations. European states have also urged a resolution to the crises, with the German foreign minister Sigmar Gabriel even warning that war could break out.”

War could, indeed, break out. This war, if it happens, will have triggered the King of the North (4+1 coalition of Iran, Iraq, Syria, Hezbollah backed by Russia) of Daniel 11: 40-45, to attack Saudi Arabia by way of Israel and Jordan. This is the same war as Revelation 6:2 with its horse and rider heading out “conquering and ‘to conquer'”.

Iran and Oman are also strengthening ties over this crisis.

“Iran has taken Qatar’s side in the dispute, with Rouhani describing the four states’ move as “an erroneous method”. Oman has also kept links with Qatar, while adopting a mediatory position, joining in a series of US and Kuwaiti-led talks this week aimed at negotiating a solution to the crisis.”

“The Qatar crisis seems to be the catalyst for Iran and Oman strengthening ties. Many see an increasingly bold Saudi Arabia as leading the four Sunni states’ moves to cut off Doha. Last month Riyadh’s King Salman sacked Crown Prince Mohammed bin Nayef – widely regarded as a pragmatic and competent operator, and close to US and UK intelligence agencies.” 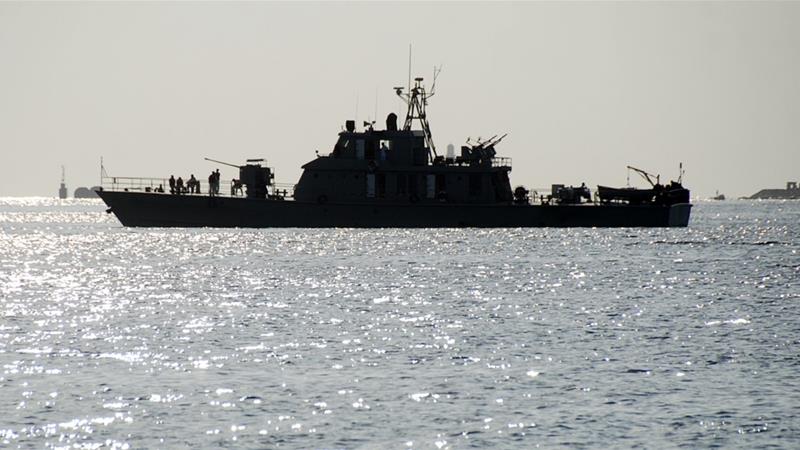 “Iran is sending two warships to Oman before they start their mission in international waters near the coast of Yemen, the country’s navy has said.

The Tasnim news agency reported that the two ships, an Alborz destroyer and a Bushehr logistics warship, will depart from the port city of Bandar Abbas on Sunday for an overseas mission to Oman and then on to international waters.

“An Iranian naval flotilla will depart to Oman on Sunday and then will go to the north of the Indian Ocean and Gulf of Aden,” the agency quoted the navy as saying.

The Gulf of Aden, which lies between the Horn of Africa and the southern tip of the Arabian Peninsula, is a strategic shipping lane which connects the Indian Ocean with the Red Sea and Suez Canal.”

This move puts the Iranian navy between Saudi Arabia and Qatar where it can respond to any attack. It also strategically positions it for war by the King of the North. As he sweeps south through Israel and Egypt, he will also sweep through Jordan on his way to Mecca and Medina in Saudi Arabia. 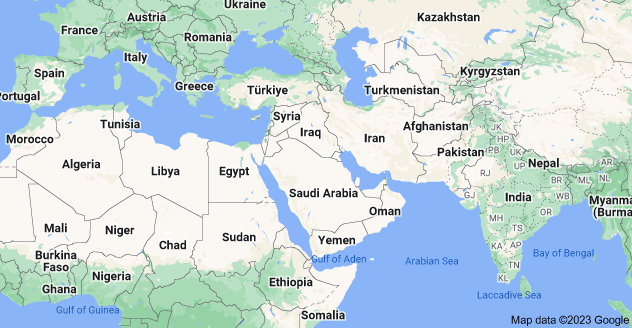 The auspicious Qatar crisis gives Iran the excuse it needs to position itself where it can fire missiles into Saudi Arabia when the southward sweep through Jordan begins.

Arabs and Persians, Sunnis and Shi’ites, are fighting for control of the Middle East. When nations prepare for war, any excuse to build alliances will do. Saudi Arabia is losing its alliance with one of its wealthiest friends, Qatar. Iran is right there to take advantage of the situation. Both Saudi Arabia and Iran want the Middle East’s natural gas and oil reserves and they both want to settle the 1400-year-old dispute over who should be Mohammed’s successor. These new shifting sands of Middle East politics and alliances is another step toward the wars that will trigger the Great Tribulation.