IDF refuses to confirm reported drone strike near Quneitra, as tensions between Jerusalem and Damascus ratchet up

Early Friday morning, Israeli jets hit an arms transfer meant for Hezbollah near Palmyra, with Syrian air defenses firing missiles at the planes. The reported strike came hours after Defense Minister Avigdor Liberman threatened to destroy Syrian air defense systems, after Israeli aircraft were targeted during a bombing run early Friday morning. “The next time the Syrians use their air defense systems against our planes we will destroy them without the slightest hesitation,” Liberman said on Israel Radio. 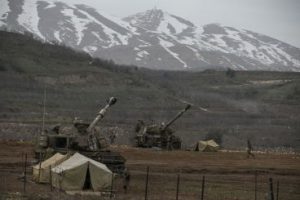 Netanyahu says Israel will continue to target weapons convoys to Hezbollah: ‘Our policy is very consistent’

Russia summoned the Israeli Ambassador to Moscow Gary Koren to provide clarifications Friday, less than 24 hours after Israel struck targets in Syria, as Prime Minister Benjamin Netanyahu released a statement explaining the reasoning behind the operation.

Assad’s forces fired missiles at the Israeli jets overnight after the latter struck what Jerusalem said was a weapons convoy destined for the Lebanese Hezbollah terror group. Assad’s army said the Israeli strikes were conducted to support “[Islamic State] terrorist gangs and in a desperate attempt to raise their deteriorating morale and divert attention away from the victories which Syrian Arab Army is making in the face of the terrorist organizations,” the statement read.

Nadav Argaman, chief of the Shin Bet internal security services, warned a Knesset committee Monday morning that Israel would likely face a surge in attempts to carry out terror attacks during the upcoming Passover holiday. Speaking before the Knesset’s Foreign Affairs and Security Committee, Argaman said Israel was facing a geo-strategic sea change in the region, influenced heavily by the 2015 Iran nuclear deal and the release of billions of dollars from the US to the regime in Tehran. “We are experiencing extremely significant geo-strategic changes in the region that will continue to affect us for years to come. Certainly the power struggle [over Syria], and the implications of the Iran deal will have serious consequences for the Middle East with regards to terrorism.” Turning to Israel, Argaman said that despite the apparent relative quiet, security forces were confronting regular attempts by terrorists to harm Israelis, and were gearing up for an expected uptick in terrorism during the Passover holiday. 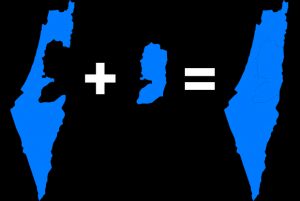 Clashes break out in Damascus after a surprise attack

Syrian rebel groups launched a surprise attack on regime forces on the eastern outskirts of Damascus on Sunday, according to opposition groups, the Syrian Observatory for Human Rights and Syrian state media. Clashes broke out in the Syrian capital, which has not seen such attacks in months, if not years, said SOHR Director Rami Abdel Rahman.

South Africans, it is time to get out of Babylon!

“All the federal government needs to do after repealing Obamacare is to pass a bill that allows any health insurance product to be sold across state lines with no minimum federal mandates. Period.” And let the market take care of the rest, was the gist of what she told WND, in a plan fully detailed below.

The reason Congress will not do this is because they won’t have a great big database of people they call the “useless eaters” that is connected to other databases to help them know who to cull from the “useless eater” herd.

Michael Zullo, formerly the commander and chief investigator of the Cold Case Posse (CCP), a special investigative group created in 2006 in the office of Joseph M. Arpaio, formerly the sheriff in Maricopa County, an Arizona State Certified Law Enforcement Agency, headquartered in Phoenix, Arizona, provided sections of the database to Infowars.com. The electronic surveillance database, provided to Zullo by a whistleblower in 2013, was apparently created by the NSA as part of the NSA’s illegal and unconstitutional Project Dragnet electronic surveillance of U.S. citizens, first revealed by news reports published in 2005, as further documented by the revelations of whistleblower Edward Snowden in 2013.

Crunching The Numbers: What Will The US-Mexico Wall Cost Americans?

One of the latest cost estimates of Trump’s U.S-Mexican border security plan – if Congress fails to approve supplemental appropriations – is the equivalent of adding $95 to $120 per U.S. household to the national debt, according to the nonpartisan nonprofit Committee for a Responsible Federal Budget.