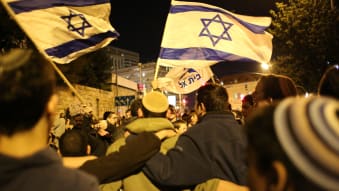 With the Trump administration’s almost unrestricted backing, Netanyahu’s new government will be much more predatory and defiant in its establishing facts on the ground that preclude a peace settlement with the Palestinians and undermine democracy.

Together, Netanyahu and Trump seem to be colluding to kill the two-state solution and pursue West Bank annexation.

With Trump in the White House, and with an emboldened Netanyahu, almost certainly probably on his last term as prime minister, poised to do whatever he can to escape a corruption conviction and pressured by the extreme right to embrace ever more extremist policies, this is a time for resolve.