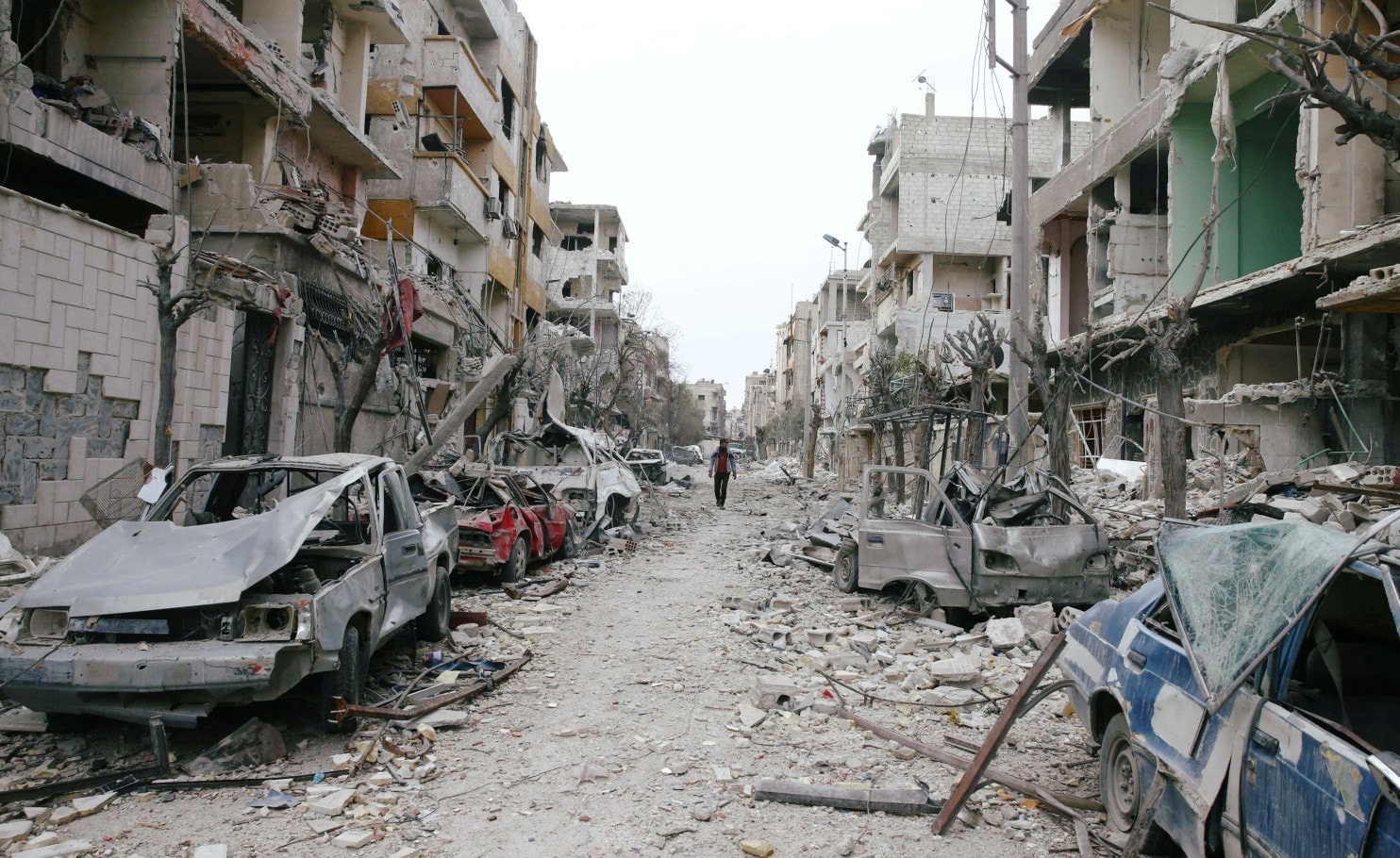 Warplanes continued to bombard the suburb east of Damascus and one allegedly dropped a chlorine bomb.

Residents of the Eastern Ghouta suburb of Damascus spent a seventh consecutive day huddled in shelters as warplanes and artillery pounded the area, killing at least 22 and dashing hopes that this latest in a long string of failed efforts to tamp down the relentless bloodshed in Syria would work.

Among the dead was a child who suffocated when a chlorine bomb was dropped on a neighborhood in the suburb, the first chemical attack since the negotiations for a cease-fire began this month, according to doctors in the area.