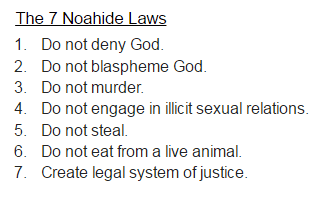 Step by step, Mystery Babylon, the Mother of Harlots, is rising fast and soon she will come into full power. These articles are hints of this. Will you pay attention?

The coming religious world order was embodied in Barack Obama who claimed descent from Islam, Christianity and Judaism. Obama was the first ever US President to claim such a mix of religions, And now, there is another with the same religious credentials – Boris Johnson, the new UK Prime Minister.

He said of himself recently that he is a “one man melting pot“. He has great-grandparents who were Christian, Muslim, and Jewish. This combination certainly fits the religious amalgam Jerusalem and the Sanhedrin want to promote in their effort to bring all people under their control.

The Breaking Israel News article, authored by Judaism’s conversion ring advocate Rivkah Lambert Alder, makes the most of Johnson’s “Jewishness”. Johnson’s maternal great-grandfather was a Russian Jew, his step-mother is a Jew, he spent a summer in Israel at age 20 and he is known to be Zionist. (“Zionist” is the New World Order term for a one-world government whose capital is Jerusalem, not to be confused with Biblical Zion). Moreover, he is a fan of Trump moving the US embassy in Israel to Jerusalem.

Not so fast, Rivkah Lambert Adler! Turkish Muslims are all smiles about PM Boris Johnson’s election win. A village in central Turkey where Boris Johnson traces his Turkish ancestry to is abuzz with excitement and pride over the news that a man they see as one of their own has become the new prime minister of Britain.

While Johnson’s ancestral village are all smiles, British Muslims are not quite as giddy. Mohammed Amin  compared Mr. Johnson to Adolf Hitler in June, then resigned from the Tory party because Johnson had likened women who wear burkas to bank robbers and letter boxes. Muslim women found the news of Boris Johnson’s appointment as prime minister to be frightening.

Americans had the same concern about Barack Obama who pretty much did whatever he wanted, when he wanted, how he wanted to the detriment of Americans. It is this pragmatism found in the mixed-religion politicians that should alarm everyone. Where will the man stand when Jerusalem decides it is time to persecute believers in Yeshua, Christians and non-Christian believers in Yeshua like those in Hebrew Roots or other undefined Torah-pursuant fellowships? Will Johnson side with Islam against Jerusalem?

Most likely not. He claims that the Muslim world is “centuries behind” the west, because of a “fatal religious conservatism” that prevented the development of liberal capitalism and democracy. According to Johnson “virtually every global flashpoint you can think of – from Bosnia to Palestine to Iraq and Kashmir” is defined by “some sense of Muslim grievance”. He also called Islam “bizarre and unattractive”.

If not to stand with Islam, then Christianity? Much like Donald Trump- a figure that Johnson openly emulates – he has entered his new office like a bull in a China shop, according to CruxNow.com, a Catholic News website.

Some newspapers accused Johnson of settling personal scores, as well as removing political opponents, in his cull; in other words, following Lenin’s playbook in keeping the Conservative Party in line.

Johnson’s seeming ruthlessness is in contrast with the befuddled P. G. Wodehouse-esque image that he has cultivated for decades.

Although born in New York to British parents, (he gave up his U.S. citizenship after the IRS came calling) and baptized into his mother’s Catholic faith, Johnson has presented himself as a slightly savvier (and certainly more promiscuous) 21st century version of Bertie Wooster.

Johnson looks like President Donald Trump – light-skinned, light eyes and blond hair. He is ruthless like Trump, and here you can see a photo of him in a kippah praying in Jerusalem with his hand on the Western Wall just like the man he admires, Donald Trump. Perhaps together, they can tear down the European Union and rebuild its New World Order-ness in Jerusalem.

According to TheEconomist.com, Mr Johnson has some sympathy with the view that Christianity, with its emphasis on guilt, meekness and self-denial, sapped the strength of the Roman Empire. As Mr Gimson notes, “it is clear that [Mr Johnson] is inspired by the Romans, and even more by the Greeks, and repelled by the early Christians”, albeit he is comfortable enough with Anglicanism the way that Trump is comfortable with American Evangelicals.

So, Boris Johnson is not partial to Islam or Christianity. It’s Judaism, then! Just like the one he emulates, Donald Trump! Together, perhaps they will lead their two nations toward Judaism conversion or Noahide laws.

In fact, President Donald Trump has been called on by the Sanhedrin to uphold (another word for enforce) the Noahide laws in America. The hubris of the Sanhedrin is astounding, but as the Jerusalem leaders of harlotry, one certainly cannot expect otherwise.

In an ancient and honored Jewish custom, the nascent Sanhedrin sent a letter to the new leader of the U.S., President Donald Trump, blessing him and calling on him to take the lead in restoring America and the world. The Sanhedrin also called on the new president to acknowledge and uphold the Seven Noahide laws.

Sanhedrin member Rabbi Yoel Shwartz expanded on the decision, pointing out the importance of Trump’s role. “We turned to President Trump because America functions as a world leader today in many things,” he told Breaking Israel News. “As such, we addressed the new president, asking him to fix things that Barack Obama broke, to bring back family values and to lead the war against radical Islamic terror.

“He has already made moves in the proper direction, and we bless him that he will continue to bring back the values that made America great,” praised Rabbi Shwartz. “We hope he will advance the Noahide laws that are incumbent upon all men.”

The Sanhedrin departed from the usual Jewish blessing of a foreign king who rules over them to encourage him to be kind to them. The Sanhedrin’s letter begins, “We thank God that a suitable man was chosen to lead America, whose values in the past symbolized a belief in God, and educated its people in morals and family values”.

The Sanhedrin then calls on President Trump to follow the Seven Noahide Laws, given by God as a binding set of laws for all of humanity. The Sanhedrin described the laws as a framework that will benefit all mankind.

“It is essential to return to the divine order that was given at Mount Sinai to all of Man, to the fundamental principle that is common courtesy and common sense preceding everything,” the letter emphasizes. “It is important to return to the seven guidelines given to Noah and his offspring that protect all human and moral obligations.”

The problem with the Sanhedrin’s call to return to the divine order is that there were no Noahide laws given at Mount Sinai. The Torah was given. No Noahide laws are listed in the Bible as presented by Judaism. These men are lying to the world.

The text of the Sanhedrin’s declaration reveals the deceit being perpetrated by the Jews on the world in their own non-Biblical Zionist agenda to subject non-Jews to the Noahide laws. As I’ve said before, submitting to Jewish doctrine – either through Judaism or through the Noahide laws – is to have submitted to Judaism and to have relegated yourself to being a servant of Jews in the world to come. You will never be a full citizen of Israel under this agenda just as their new Nation State bill seeks to downgrade the status of non-Jews in Israel now. They have already begun their drive forward to push the earth toward their agenda.

The real problem with their agenda is that it will produce the Antichrist. Under the Antichrist son of Solomon, Jews and Christians will come together under Judaism and Noahidism. Noahides reject Jesus, Yeshua, as does Judaism. However, misled and blind Christians, thinking the Antichrist is the messiah they have been looking for, will swear loyalty to him thinking he is the same as Jesus.

And now, President Trump is cooperating with Jerusalem’s agenda by sending two emissaries to ask when the Jewish Messiah will come. This should make those who don’t believe Trump has converted to Judaism. Why? Only Jews are interested in the Jewish Messiah. Christians are interested in the return of Jesus/Yeshua (although the Jewish messiah will trick them when that Son of Perdition is revealed). Sunni Muslims are looking for the 12th Imam and Shi’ites are looking for the Mahdi. But the messiah Trump wants to know about is the Jewish messiah! Notice he is not concerned about and talking with Evangelicals about when they think Jesus will return!

When they entered Kanievskyi’s home, one of the emissaries said, “The honorable president would like to know when the Messiah will come”.

NOTICE THIS! Kanievsky was approached in a manner fitting a king to which tribute is paid. The US President is “honorable”, and is called “honorable” at times, but this approach had the language of a vassal approaching a sovereign king!

The rabbi smiled and answered with a question directed at the emissary himself. “And what are you doing to prepare for the Messiah? Have you come to live in Israel?” This was not the first time that representatives of the U.S. government have come to Rabbi Kanievsky. Last December, David Freidman, the U.S. Ambassador to Israel, paid an official visit to the rabbi and received his blessing.