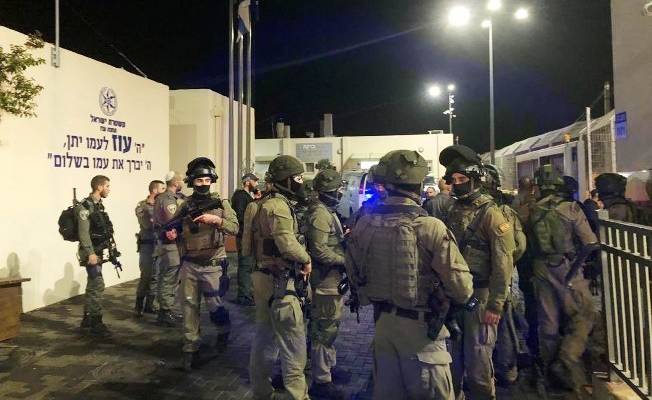 A Palestinian terrorist was shot and critically wounded after stabbing four policemen at a Jerusalem police station.

By: Max Gelber, United with Israel

Four policemen were wounded late Wednesday night after a Palestinian terrorist infiltrated a police station and attacked them.

An initial inquiry indicates that the knife-wielding terrorist scaled the fence of the Armon Hanatziv station and attacked the officers inside the station.

A total of four officers were wounded to various degrees, including one who was stabbed in the head, while the terrorist was shot and seriously wounded.