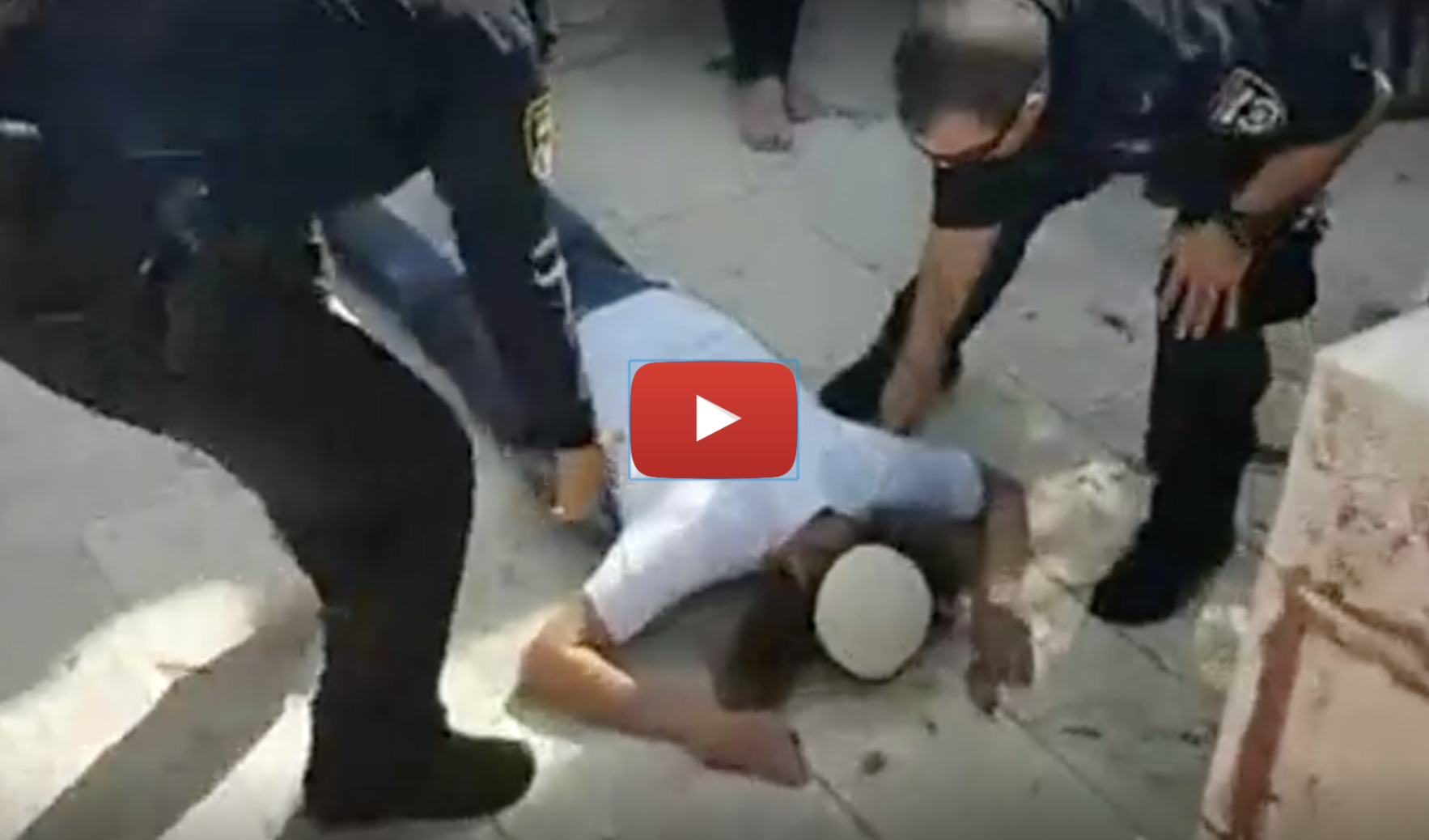 A Jewish teenager was removed from the Temple Mount the other day by Israeli police for bowing in prayer on Jerusalem’s Temple Mount.This is important to see in order to highlight the religious discrimination against Jews, and Christians, on the holiest site to the Jewish people. In order to pacify and appease the Muslim authorities and Jordan, the Israeli police enforce the Muslim rules that forbid Jews or Christians from praying, or doing any act of prayer on the Temple Mount.

Source: Teenager Expelled from Temple Mount for Bowing Down in Prayer