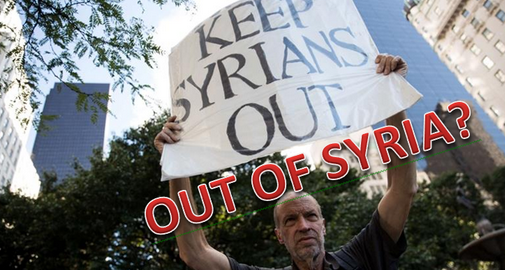 For the first time since the beginning of the Syrian crisis in 2011 a significant number of international experts, political analysts, and journalists have reported about the near conclusion of the civil war. The military operation of the Syrian Arab Army on the liberation of the rest part of the country from various terrorist organizations is currently in the final stage. Peace and stability gradually return to the liberated areas.
The return of refugees to their homes is a key priority in the restoration of the whole country. At the same time, the creation of the Centre for Refugee Reception, Distribution and Accommodation that is ready to accommodate more than 360,000 people in various cities has also become an additional impetus. The Syrian President Bashar Assad highly appreciated the efforts of Russia on the return of the refugees to their homeland, adding that Damascus is ready to accept back all its citizens.
It’s worth noting that Syrian refugees have gradually started to return home. According to the Russian center, the total number of people returned from Lebanon to Syria since July 18, 2018, has reached 4174, and this number keeps growing. Only for the past several days, due to the efforts of the Syrian government, more than 900 people have returned home from Lebanon. Muhammad Deeb, a returning refugee, says, “We fled to Lebanon because of terrorism, but my life has been full of indignity and misery since I left Zabadani in 2011. I’m very thankful that Syria is again as safe as ever, so we can go back to our homeland.”
At the same time, refugees started to return from Jordan. Thus, hundreds of civilians have already passed through the al-Nasib crossing point in the first days of its operation. There is no doubt that the number of refugees will continue growing, as the Jordanian authorities intend to cooperate actively with the Syrian government on this issue.
It’s not a secret that a considerable number of the Syrian refugees remain in Europe. Moreover, it is surprising to witness the inactivity of European officials who continuously declare about the increase in crime level and economic problems associated with the influx of migrants.
Most likely, they decided to ignore the problems of Syria, pretending that this does not concern them.
In doing so, the European authorities forget that thousands of people separated from their family members and dreaming of returning home still remain in their states. Perhaps, the Western countries are still not ready to accept the fact that Bashar Assad remains the head of the state. That’s why the statement of France’s Permanent Representative to the UN Francois Delattre that France won’t take part in the restoration of the humanitarian situation in Syria until the political changes, looks quite cynical.
It’s high time for the West to acknowledge that the Syrian Arab Army and the allied forces are the only power that succeeded in fighting international terrorism and bringing peace and stability. The resolution of the crisis is quite close, but the European leaders must realize that the full settlement of the Syrian crisis is impossible without resolving some humanitarian issues. In particular, the return of refugees. Both the Syrians and Europeans are interested in this.