The Kremlin has been seeking to control the amount of detail coming out about the death of 14 crew members onboard a top-secret submersible in deep waters of the Barents Sea off Russia’s northern coast. So far it has been admitted there was a fire in the battery compartment aboard the craft. The fourteen victims apparently died from smoke inhalation.

Foreign intelligence reports are claiming the craft was an AS-12 or AS-31 mini-sub which is capable of diving to depths of 6,000 meters (roughly 20,000 feet). These vessels are carried underneath a larger submarine, partly to save fuel and also to allow them to be maneuvered into position without being tracked by other powers.

The Washington Times reported that the secret Losharik submarine may be involved in Moscow’s effort to tap into or sever some of the 550,000 miles of underwater fiber-optic cables that span the Atlantic and Arctic sea lanes.

Reports suggest the submarine was a nuclear-powered AS-12 Losharik-class boat, possibly designed to cut undersea cables. Russian ships have been active near major undersea fiber-optic cables that carry calls, emails, texts, and trillions of dollars’ worth of daily financial transactions.

WHAT WAS THE LOSHARIK DOING?

Therein lies another clue that the Losharik was preparing for war. Russia and China are collaborating with BRICS and other nations suffering under President Donald Trump’s increasingly harsh sanctions to kill the US dollar. They also want to destroy SWIFT, not only its transactions, but possibly its communications to the 11,000+ customers and almost 200 nations that use the system.

An article published in 2018 by National Interest.org had this headline: Russian Spy Submarines Are Tampering with Undersea Cables That Make the Internet Work. Should We Be Worried? After all, Russia’s new stealth submarine is armed with 72 nuclear warheads. 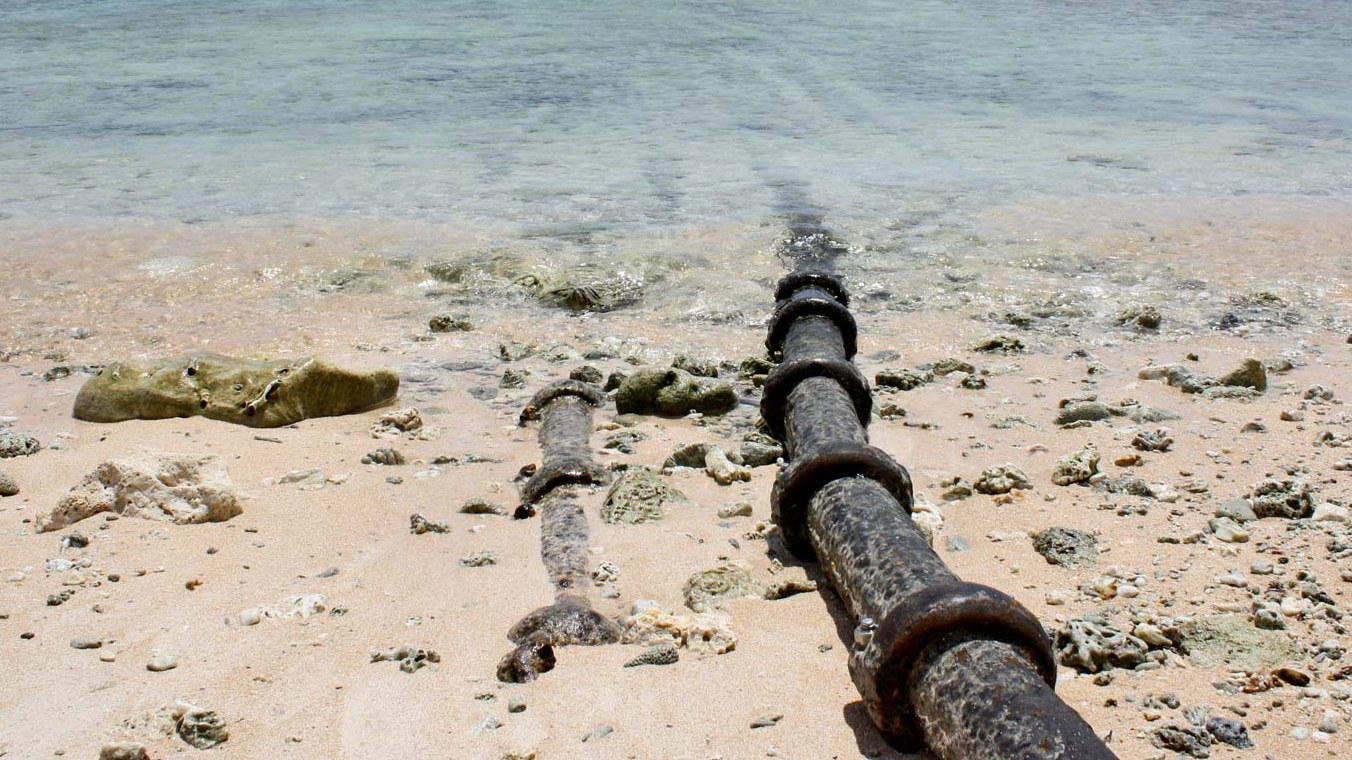 The answer was an unequivocal ‘YES!’. In 2018 reports had multiplied in the United States and Europe that Russian was intensifying its submarine activity around the undersea cables which are essential for the global operation of the internet.

It’s possible that Russia’s true target is the Pentagon’s secret DoDIN cable network distinct from the publicly accessible civilian system. These would have less redundancy than civilian cables and could disable key communication capabilities during a crisis.

Russia has deployed increasing number of special-operations oriented mini-submarines to facilitate its clandestine cable activities. Some operate from a secret base in the Arctic Kola Peninsula, and others are based upon an ‘oceanographic research vessel’ called the Yantar. 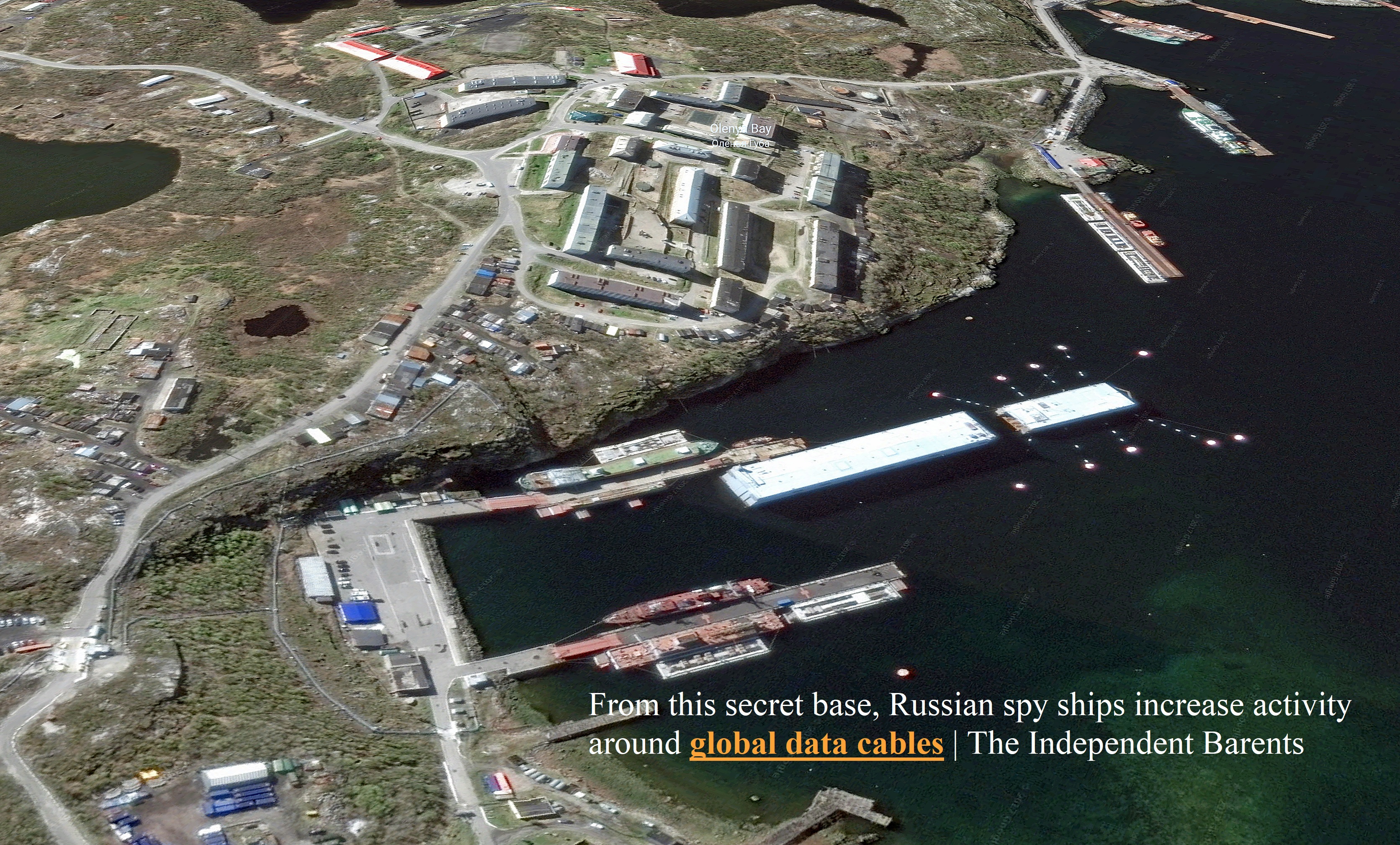 There is speculation in the media that the Russian submersible was designed to cut undersea communications cables.

Russia’s General Directorate for Undersea Research (GUGI) operates former nuclear missile submarines which have been modified in recent years to carry smaller submarines. These small subs are designed to work on the bottom of the sea to monitor foreign underwater communications lines, recover equipment and weaponry from deep water and to protect Russia’s own subsea communications cables.

Russia’s oceanographic ship, Yantar, is currently engaged in precisely that kind of work, looking for the missing Argentinian submarine San Juan in the South Atlantic. The ship is described as an intelligence-gathering platform.

Yantar can also operate submersibles capable of working with objects at depths of up to 6,000 meters, GUGI’s commander Vice-Adm Alexei Burilichev said in 2015. Russia also planned to acquire a sister-ship to the Yantar, Burilichev said. 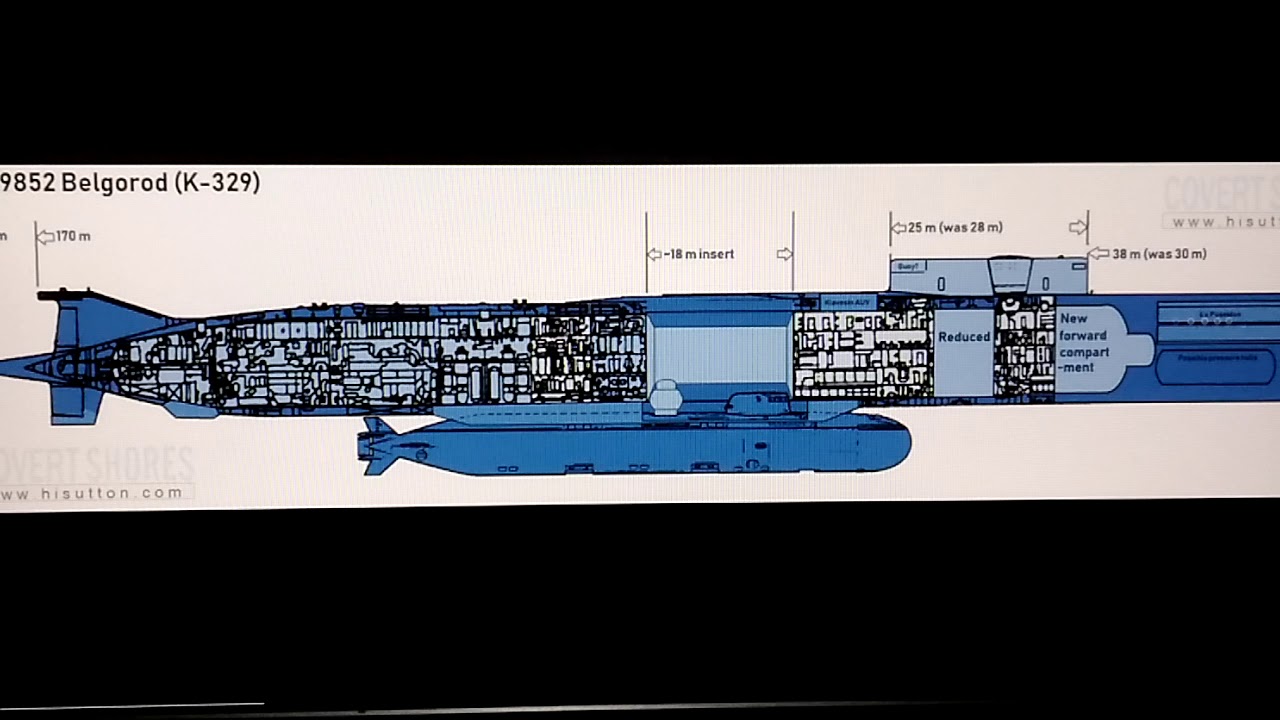 Russia has reportedly conducted widespread communications hacking and other cyber operations at home and abroad.

Russian political thinking seems to suggest Moscow regards itself as being in a state akin to a hybrid low-intensity conflict rather than a peaceful relationship with the West. It would seem likely, therefore, that in anything close to a shooting war, the arteries of the West’s digital economy would be a ripe target for a thrust from Russia’s deepwater naval forces.

“Yes, we can, both cut the special communication cables on the ocean floor and scan the signals they carry,” the Defence Ministry’s Zvezda TV channel said in a report on its website in October 2015. “But such an attack on underwater communications is possible only in the event of active hostilities.”

The location of the accident was not specified other than Russian territorial waters with reports from Russia saying the incident occurred in the Barents Sea, and the submarine described as the AS-12, nicknamed “Losharik,” was towed to the Northern Fleet headquarters at Severomorsk.

In April, Moscow announced the launch of a very large nuclear-powered research submarine called the Belogorod that will carry nuclear drones.

A report in the state-run Izvestya in April 2017 said the Belogorod would also carry Losharik submersibles with a different designation than the AS-12. The report quoted Vadim Kozyulin, with the Academy of Military Sciences, as saying the Belogorod beginning in 2018 will carry “the AS-31 Losharik autonomous deep-sea station.”

Had the Losharik been off the coast of Alaska?

The Losharik could have been conducting research, as Russia claims. It might have been retrieving a nuclear-powered missile that, according to some reports, crashed into the ocean during a recent test. More likely, though, it was deploying anti-surveillance devices on the seabed, to thwart NATO efforts to detect and track Russian submarines.

One external factor may be contributing to Russia’s security dilemma: Climate change. The melting Arctic sea ice is receding and is changing all northern coastlines, creating opportunities for resource development and shipping, and with that, a need for more search-and-rescue and patrol capabilities. The Losharik’s mission may have been for the purpose of mapping the latest Arctic changes.

The receding sea ice is creating a much more significant security risk from the Russian viewpoint.

They worry that U.S. missile-defence destroyers could be deployed in the international waters just 12 nautical miles from Russia’s northern coast. There, the ships could be used to target Russian intercontinental ballistic missiles (ICBMs) during their launch phase, when they are most vulnerable to interception.

This worry could explain some recent increases in Russian military capabilities in the Arctic. Abandoned runways have been reopened and protected with air-defence systems. New attack submarines are being built and launched.

These claims are most certainly exaggerated, and so too are the worries about U.S. missile-defence destroyers. Conditions north of Russia will always be extreme – even in the absence of ice – and any U.S. ships deployed there would be a long way from safe harbour.

The names of the vicitims have now been published by the Russian government. Many of those who died were higher-ranking members of Russia’s military. This also raises questions as to what was so important that it would require so many high-ranking officials?

Let’s remember that as Russia was jamming GPS signals at Israel’s Ben Gurion airport it’s Losharik submarine was performing a secret function in Arctic waters. Was this the beginning of an attempt to harm the US and Israel simultaneously? Breaking Defense reported. Moscow is trying to interfere with both Western airplanes — including cutting-edge stealthy F-22s and F-35s, as well. Hostilities between the US and Russia just took another leap!