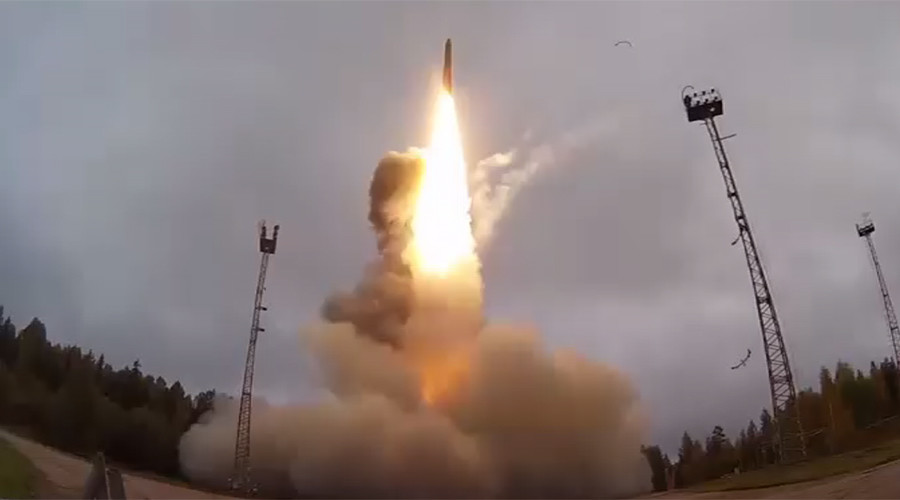 The Russian Defense Ministry said its missile forces successfully launched a Topol RS-12M, called SS-27 “Sickle B” by NATO, from the Kapustin Yar range in the southern Astrakhan region. The missile reportedly flew about 1,200 miles before striking a target at the Sary Shagan testing site in Kazakhstan. The ministry said data collected from the test would help develop new anti-missile defense penetration technology.

The Topol RS-12M can be fitted with a nuclear warhead and travel up to 6,800 miles, easily putting major U.S. cities such as New York and Washington in range.

The launch was aimed at testing the advanced combat equipment of the Russian missiles, and the experiment data obtained during the test will be used to develop prospective means of breaching ‘enemy’ missile defenses for use in Russian ballistic missiles, the ministry said in the statement.

Doesn’t it seem clear to you that Russia has evil intentions for America?