C.I.A. Wants To Spy On You Through Your T.V.

When people download a film from Netflix to a flatscreen, or turn on web radio, they could be alerting unwanted watchers to exactly what they are doing and where they are. Spies will no longer have to plant bugs in your home – the rise of ‘connected’ gadgets controlled by apps will mean that people ‘bug’ their own homes, says CIA director David Petraeus. The CIA claims it will be able to ‘read’ these devices via the internet – and perhaps even via radio waves from outside the home.

Everything from remote controls to clock radios can now be controlled via apps – and chip company ARM recently unveiled low-powered, cheaper chips which will be used in everything from fridges and ovens to doorbells. The resultant chorus of ‘connected’ gadgets will be able to be read like a book – and even remote-controlled, according to CIA CIA Director David Petraeus, according to a recent report by Wired’s ‘Danger Room’ blog.

Vatican to host another population control conference with pro-abortion speakers

The Pontifical Academy of Science (PAS) has announced another population control conference. “Health of People, Health of Planet and Our Responsibility: Climate Change, Air Pollution and Health” will be held November 2-4 at the Vatican. The conference’s title obscures the questionable personal ideologies and professional objectives of a number of its slated participants. The monitoring organization Airwars.org recently reported that its YouTube account had been targeted, just one week after YouTube published a new blog post announcing that it is “developing and implementing cutting-edge machine learning technology designed to help us identify and remove violent extremism and terrorism-related content in a scalable way.”

Social Engineering Via Media 101 – How to Normalize the Absurd 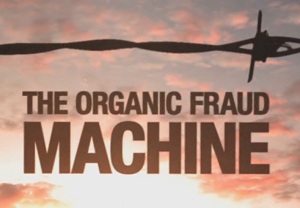 Organic Food From China Not Organic At All, Here’s Why

Many of the “organic” products from China whose food industry standards for safety and quality are notoriously low. Much of this “organic” produce grown in China is so unsafe, that the farmers who grow it won’t eat it themselves.

We are about to witness an extremely unusual convergence of events that many believe could represent a major turning point for our nation. By now you have probably heard that on August 21st a total solar eclipse will move across the entire continental United States for the first time in decades.