Over the past ten years, I have received a massive increase in phone calls and letters from people who either have family members or themselves who have been suffering from estrogen dominance. What this does in men is cause lowered testosterone, enlarged breasts, increased body fat, depression, loss of libido and andropause…all symptoms which were basically unheard of fifty years ago.

In the case of estrogen dominance in women, it is usually combined with an increased rate of fibroid
tumors, irregular periods and breast or ovarian cancer. Parents call in complaining or asking for help with young boys and male teenagers who are dealing with estrogen dominance symptoms. Their symptoms are slowed maturation, confused gender identity, much smaller reproductive organs and an issue of increased trans-gender identification.

POSSIBILITY
Does the New World Order believe the chemicals in vaccines may cause gender confusion? Are these vaccines the reason the earth is witnessing an entire generation of boys and girls being confused about their gender? This, along with educational encouragement?

Read more about the damage of vaccines here and here

The movements of the stars and the planets have almost no impact on life on Earth, but a few times per year, the alignment of celestial bodies has a visible effect. One of these geometric events — the spring equinox — is just around the corner, and another major alignment — a total solar eclipse — will be visible across America on Aug. 21, with a fleet of NASA satellites viewing it from space and providing images of the event.

“Black Sky Event” : Feds Preparing For Widespread Power Outages Across U.S. That Would “Bring Society To Its Knees”

The exercise will simulate a “subcontinent-scale, long duration power outage, with cascading failures of all other infrastructures,” according to the official Earth Ex website.

“Black sky events” are defined as, “Catastrophic occurrences caused by man or nature that bring society to its knees.”

“Cars would have no fuel. Restaurants and grocery stores would be bare. Electricity could be out for months in such an event,” writes Mike Vasilinda.

Given the soaring tensions between the United States and North Korea, which has threatened to attack the U.S. territory of Guam, the timing of the EarthEX2017 exercise couldn’t be more appropriate. 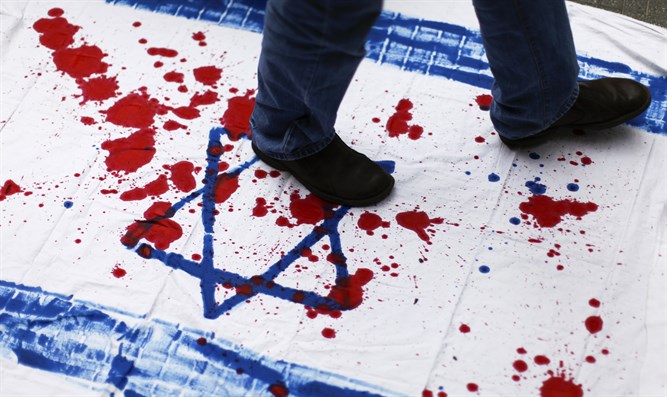 Interviewed in their new Jerusalem apartment, Estella and Haim Sadna, a religious couple with four kids from the Venezuelan capital Caracas, told the station of the food scarcity and rampant crime that drove them to move to Israel.

“Most of the supermarkets are empty. Everything is empty. You can see that all the aisles are completely empty,” Haim Sadna told Channel 2in an interview aired yesterday, Saturday.