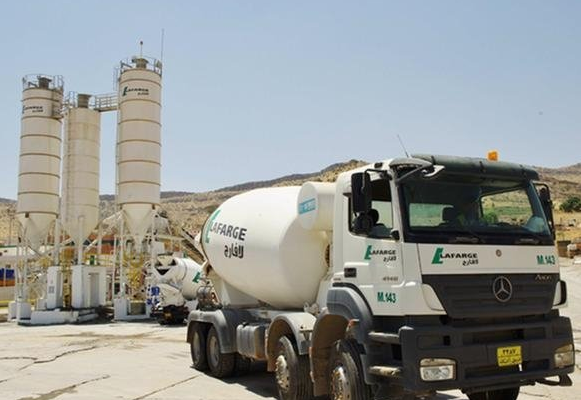 According to Inside Syria Media Center sources, the French-Swiss world’s biggest cement company LafargeHolcim Ltd., previously was accused  of being involved into financing ISIS armed groups in Syria, announce the resignation of the company’s Chief Executive Officer Eric Olsen.

Olsen is leaving on July 15, with Chairman Beat Hess named interim CEO during the search for a successor, the Jona, Switzerland-based company said in a statement Monday. Olsen called his departure a bid to appease “strong tensions” arising from the Syria case. The company doesn’t hold him responsible, saying his role and possible implication “has been a point of attention.”
The source close to company states it’s not fully agreed what are the conditions under which the head of the company Erik Olsen is to leave the office. The company does not comment on this information too.
Le Monde and Bloomberg reported earlier the leadership of one of the company’s plants located to the northeast of Syria had financed ISIS armed formations in 2012-2014 in order to ensure the safety of the company’s employees and continue its activity. The company’s management paid taxes to IS fighters who had occupied neighboring cities and roads near the enterprise.

LafargeHolcim is the leading global building materials and solutions company serving masons, builders, architects and engineers all over the world. Group operations produce cement, aggregates and ready-mix concrete which are used in building projects ranging from affordable housing and small, local projects to the biggest, most technically and architecturally challenging infrastructure projects. LafargeHolcim employs around 90,000 employees in more than 80 countries. 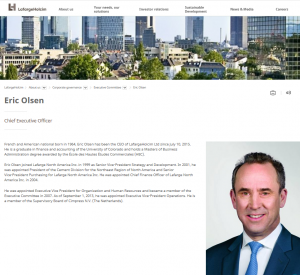 About LafargeHolcim in Syria

Due to the nature of the product and its manufacture, cement plants are located in or near the markets they serve. In some locations, this presents distinct challenges. Syria is one such place. Lafarge built a cement plant in Syria which required almost 3 years to build at a cost of approximately $680 million. It started production in May, 2010, providing cement for homes, businesses, roads and the like for various communities throughout Syria. Almost from its opening, the political situation in Syria was rapidly deteriorating and posed very difficult challenges for the security and operations of the plant and our employees. Circumstances around the plant became increasingly worse and were ultimately untenable forcing LafargeHolcim to abandon it in September, 2014.