Recently a new petition has appeared on supporting Afrin Kurds. Their statement is aimed at the Democratic Self-Administration of Rojava.
Almost 6 thousand people have already signed the petition, including those from Afrin. Nevertheless, the victims of Turkish aggression, the Syrian Kurds, do need more voices. Your voice is also needed.
The civil war in multinational Syria and ISIS offensive have led to enormous death toll among civilians, thousands had to flee their home. Afrin Kurds suffered the same fate. 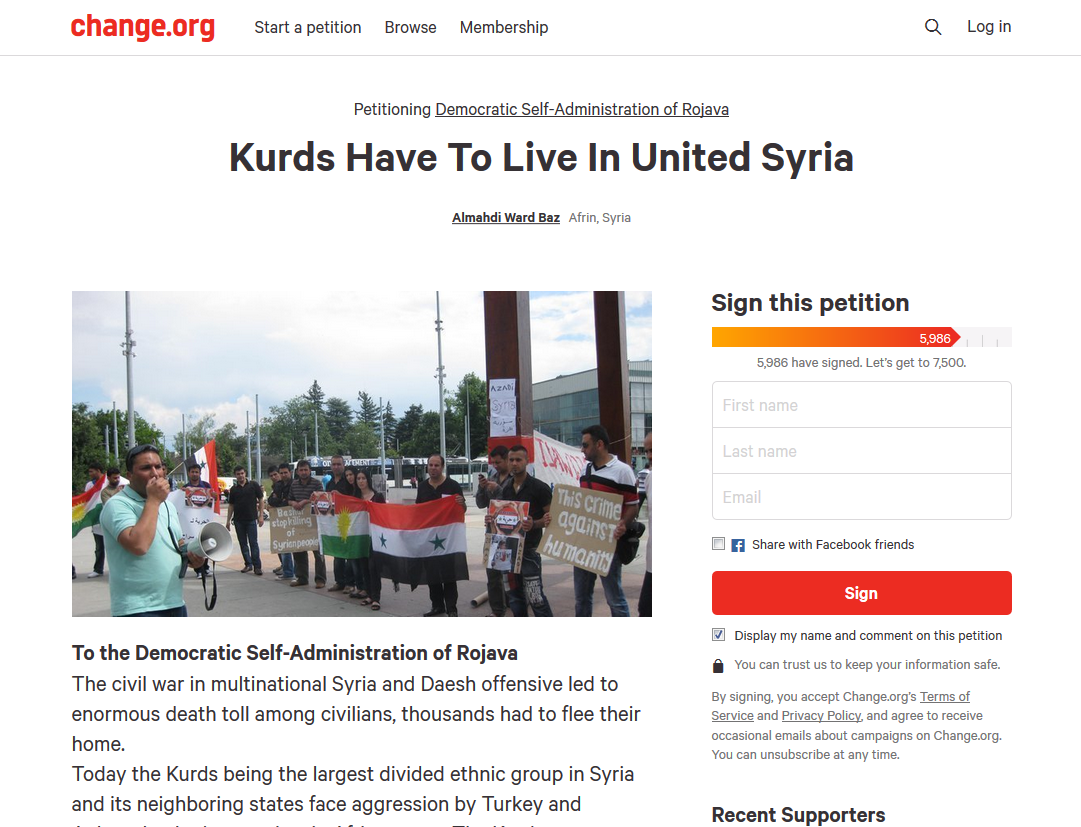 Today the Kurds being the largest divided ethnic group in Syria and its neighboring states once again face aggression by Turkey and Ankara-backed extremists in Afrin canton.
The Kurds are weakened by long-term counterterror campaign, and can’t counter the enemy themselves. At the same time, the Americans who had promised them freedom and sovereignty refused to lend support. The only way to stop the violence is to establish a strong and independent Syria’s statehood.
The Syrian Kurds call upon their brothers and sisters all over the world to support the desire of Rojava to live in a single and indivisible Syria.
Sign the petition. Your vote will help to save the Kurdish people and reason those who blindly trusted the Americans’ promises. Only life in united Syria can save the Kurds for the future.