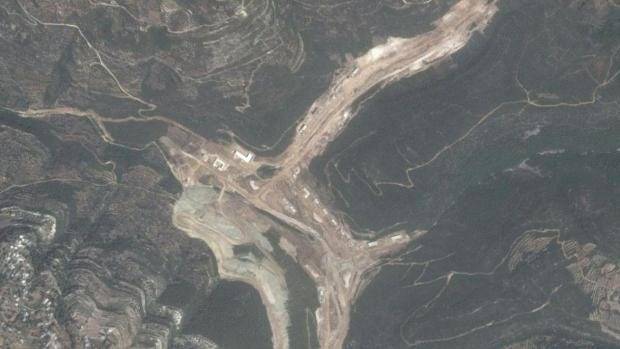 New imagery released by imageSat, which operates Israel’s EROS-B satellite, reportedly show the first ever Scud missile factory being built inside wartorn Syria.  The pictures from a site near Latakia on the Syrian-government controlled coastline resembles a missile plant in Tehran, Israeli media reports said on Tuesday.

Israel-Jordan peace agreement: The emperor has no clothes

Israel sees Jordan as a security asset, because Jordan acts as an eastern buffer zone between the Jewish state and the violent chaos in Iraq, Syria and Iran. Israel is making a big mistake.

Palestinians: The Honeymoon with the US is Over

A Swiss hotel that posted signs telling Jewish clients to shower before using the pool and restricting their access to the facility’s freezer has unleashed outrage and official complaints from Israel. 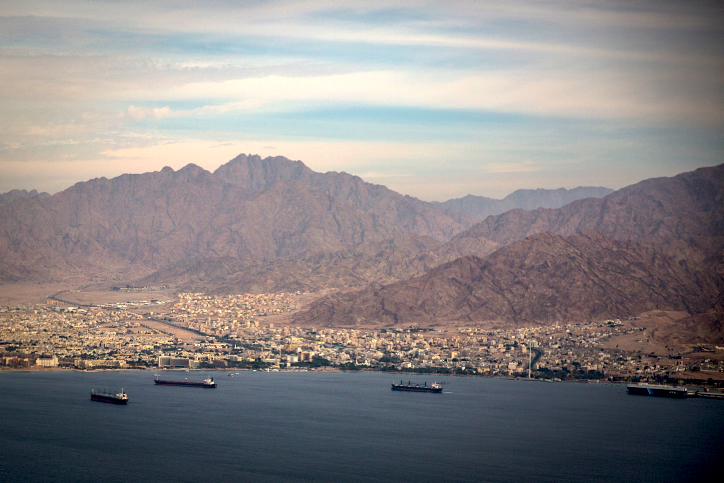 When Israeli, Palestinian and Jordanian leaders gathered, along with US envoy Jason Greenblatt, in the King David Hotel last month to announce the signing of a breakthrough trilateral water deal, they told the world the “Red Sea-Dead Sea” agreement would doubly bless the Middle East. The new desalination plant would purportedly fill the region’s water needs, while the purifier’s briny byproducts would be pumped north to rescue the dramatically shrinking Dead Sea, which is teetering on the brink of being a sludgy, salty puddle by the year 2050.

Instead, experts say the proposal is a trumped-up water swap that may wreak havoc on the environment and will do little to save the Dead Sea, and is only being pursued for its public relations value and political expediency.

Amid Americans’ concerns that North Korea threatened to launch a missile at Guam, Iran is planning on building up a flotilla of warships in the Atlantic Ocean, while Iranian leader Hassan Rouhani has threatened to revitalize the country’s nuclear program if the U.S. continues “threats and sanctions.”

If Washington continues with “threats and sanctions” against Iran, Tehran could easily ramp up its nuclear activities Rouhani said in Iranian Parliament.

In an early morning tweet, Trump said: “Kim Jong Un of North Korea made a very wise and well reasoned decision. The alternative would have been both catastrophic and unacceptable!”

What is Really Going On in North Korea?

North Korea is certainly in the news day after day, yet very few are “following the money.”   It is not well known that North Korea is sitting on perhaps trillions of dollars in mineral wealth.  The vast potential of North Korea’s mineral wealth includes zinc, limestone, tungsten, copper, gold, iron, graphite and some of this is concentrated in the rare earth sector which is critical to high technology platforms such as smart phones.

North Korea is sitting on trillions of dollars of untapped wealth, and its neighbors want in

India is arming one of China’s arch enemies, Vietnam.

Total U.S. household debt was $12.84 trillion in the three months to June, up $552 billion from a year ago, according to a Federal Reserve Bank of New York report published on Tuesday.

Oscar Insurance Corporation is hemorrhaging money on the Obamacare state exchanges, posting a $57.6 million loss in the first half of 2017.

Oscar is a health-insurance startup that primarily sells Obamacare insurance plans, but the company has consistently had trouble making its business profitable. The company lost $57.6 million thus far in 2017 in Texas, New York and California, down from an $83 million loss in the first-half of 2016.

To mitigate some of its 2016 losses, Oscar, like many other health insurance providers, reduced its exposure to the Obamacare state exchanges in 2017. The company raised premiums and lowered the number of doctors and hospitals within its network. Oscar does plan to expand offerings in more states in 2018, citing plans to enter the Ohio, New Jersey and Tennessee marketplaces.