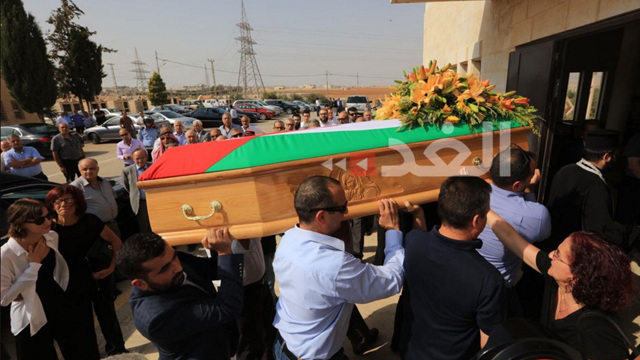 Political sources privy to the initial Israeli investigation said that it appears the security guard behaved properly under the circumstances after the 16-year-old Jordanian stabbed him three times, twice in the back and once in the chest.

Jordanian authorities have said that in Sunday’s incident, the Israeli guard opened fire after a 16-year-old attacked him with a screwdriver. Another Jordanian man, standing near the teen was also killed.

Jordanian protesters call for end to peace treaty with Israel

“In the past few days I have given instructions to reinforce the security forces on the Temple Mount and in the Old City, in order to prevent attacks and disturbing of the peace, and to act forcefully against lawbreakers,” Netanyahu said.

According to him, “In order to carry out the mission, we have provided police with significant reinforcements as necessary. I have instructed to transfer to police, and the Cabinet also approved this, a budget of up to 100 million shekels for the development and acquisition of technology to create solutions that will increase security. These two weeks were non-stop for our security forces, who are on constant alert for further major challenges in the coming days as well. “

Prime Minister Benjamin Netanyahu has suggested to American officials that Israeli-Arab communities could be moved under Palestinian control as part of a final status agreement, Israeli officials said on Thursday. In exchange, Israel would annex some West Bank settlements.

Netanyahu’s idea for land swaps in the Wadi Ara region in return for Israeli settlements was reported for the first time on Thursday on Channel 2 News.

The officials, who requested anonymity, said Netanyahu raised the idea in the talks with U.S. President Donald Trump’s senior advisor Jared Kushner and American envoy Jason Greenblatt, during their visit in Israel a few weeks ago.

Abbas was hospitalized in Ramallah for a few hours on Friday morning for some tests. PA officials said he was suffering from fatigue brought on by the events of the last two weeks and the tensions with Israel over the Temple Mount crisis. 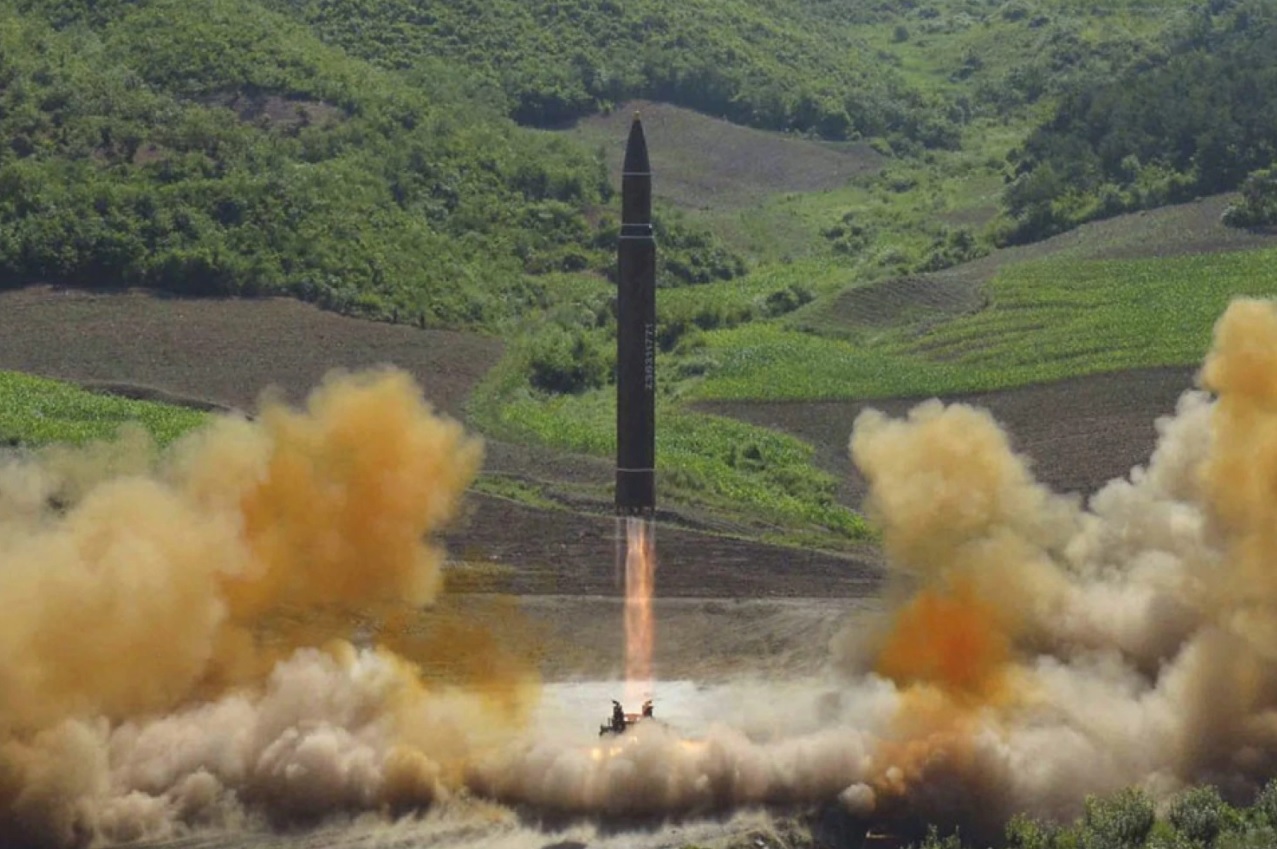 In the same 48-hour time frame, North Korea and Iran both managed to rattle the West by successfully testing advanced missiles. Thursday, July 27, Tehran launched a “Simorgh” rocket, which is capable of carrying a 250-kg satellite into space. The next day, Pyongyang test-fired its second intercontinental ballistic missile, an improved version of the Hwasong 14, first tested three weeks earlier.

President Donald Trump was discovering that sanctions are no deterrent.

New York City? Kim may be exaggerating North Korea’s ability UNLESS he is secretly including the other “red” nation, Russia! Kim and Putin may strike the US simultaneously. Kim’s missiles might not have to strike New York City if he is being disingenuous in his speech, hiding a pre-arranged strike with Russia!

Why is Putin backing North Korea? To build up Russia as a great power.

Trump Warns China on North Korea: ‘We Will No Longer Allow This to Continue’

The B-1B flight, conducted on Saturday, was in direct response to the missile test and the previous July 3 launch of the “Hwansong-14” rocket, the U.S. statement said. The bombers took off from a U.S. air base in Guam, and were joined by Japanese and South Korean fighter jets during the exercise, according to the statement. 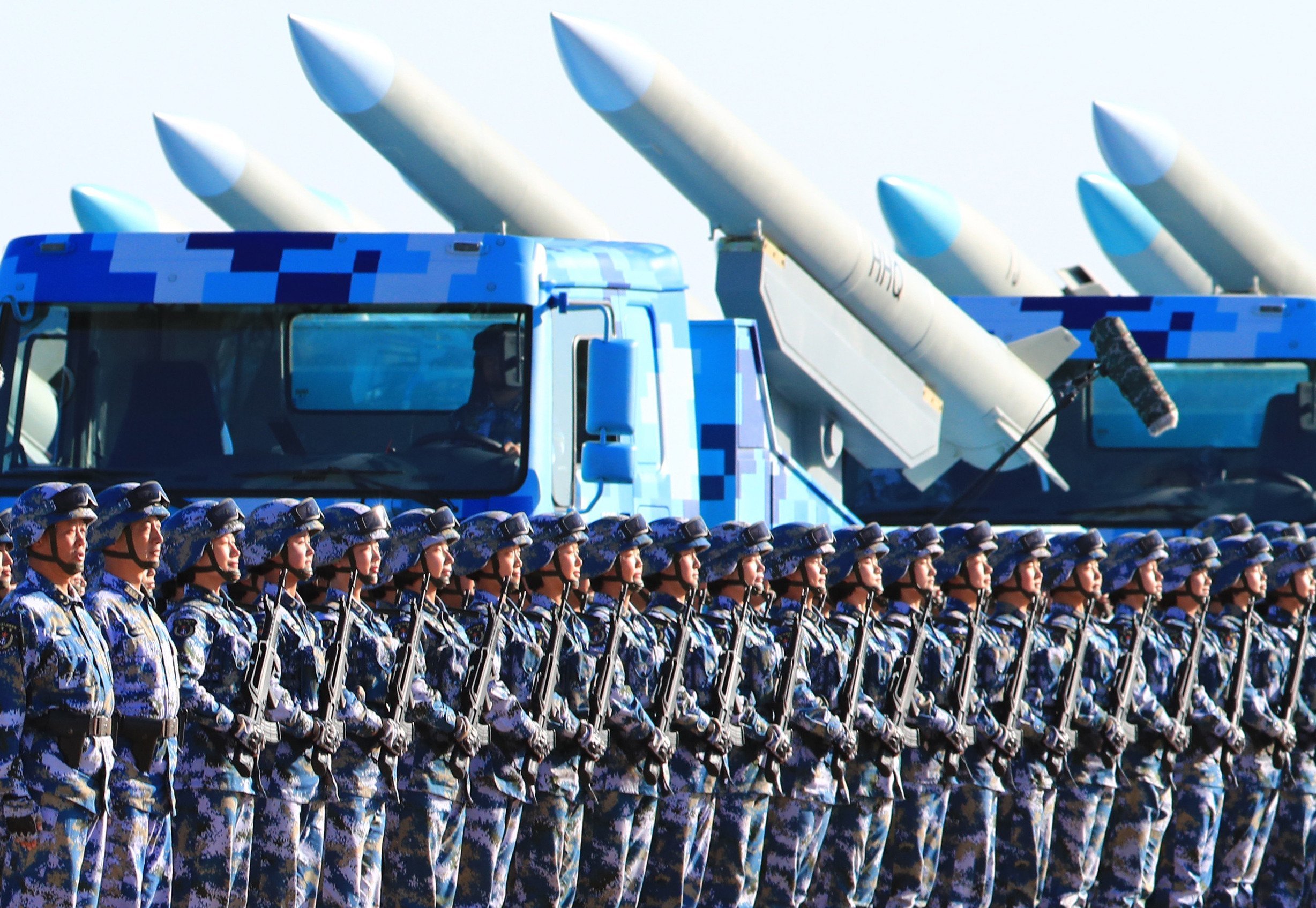 State television showed at least 16 DF-31AG missiles in Sunday’s parade at the Zhurihe combat-training base in northern China, marking the 90th anniversary of the founding of the force that is now known as the People’s Liberation Army.

Putin shows off Russia’s naval might with major parade

Syria’s army and its allies on Saturday reached the edge of al-Sukhna, the last town held by Islamic State in Homs province and a key step in their multi-pronged offensive against the militants, a Hezbollah-run military media unit said.

US-backed forces have retaken half of Raqqa from ISIS

Yemen is controlled by the Houthis who are Iran’s proxy in this war. Iran-controlled Yemen will play a role in the defeat of Saudi Arabia by the King of the North.

European Union states are considering measures which would allow them to temporarily stop people withdrawing money from their accounts to prevent bank runs, an EU document reviewed by Reuters revealed.

The move is aimed at helping rescue lenders that are deemed failing or likely to fail, but critics say it could hit confidence and might even hasten withdrawals at the first rumors of a bank being in trouble.

Why is this a necessary measure? Aren’t the banks doing ok? Nope. The banks are getting close to failure and they need a quick way to get to lots of money. Your money!

US economy expanded at stronger 2.6 percent rate in Q2

The U.S. economy revved up this spring after a weak start to the year, fueled by a surge in consumer spending. But the growth spurt still fell short of the optimistic goals President Donald Trump hopes to achieve through tax cuts and regulatory relief.

5 Things to Know About the Economy This Week

U.S. President Donald Trump will sign legislation that imposes sanctions on Russia, the White House said on Friday, after Moscow ordered the United States to cut hundreds of diplomatic staff and said it would seize two U.S. diplomatic properties in retaliation for the bill.

The United States on Friday imposed new ballistic missile sanctions on Iran, a day after the Islamic Republic launched a rocket towards space.

Though the flight ultimately wasn’t successful, officials told Fox News, Iran’s rocket is thought to be a step toward developing an intercontinental ballistic missile that could one day carry a nuclear weapon.

NEXT U.S. WAR WILL BE LONG, HARD AND TAKE THE ENTIRE COUNTRY TO WIN, ARMY CHIEF SAYS

The Army’s leading officer dispelled Thursday some of the more persistent myths about the potential major conflicts of the future, emphasizing that war was never likely to be a simple endeavor.

Army Chief of Staff General Mark Milley told reporters at the National Press Club in Washington that despite technological and strategic developments, tomorrow’s wars may look a lot like today’s in the sense that they will probably be violent, prolonged battles that require extensive resources both to fight and to resolve. As the U.S. prepares to enter its 16th consecutive year battling Islamist militant groups abroad and contemplates new engagements with state actors such as Iran and North Korea, Milley reminded his audience that what seems like a quick operation could very soon devolve into a long-term confrontation.

How ISIS-trained child soldiers are a ticking time bomb

Children were uniquely victimized by ISIS. First, as bystanders caught in a brutal war, but more shockingly, as soldiers who were recruited, indoctrinated with a deadly ideology, then trained to kill and fight on the battlefield. As they are freed from ISIS, traumatized and untreated, they’re now melting back into society — still heavily influenced by their experience.