Russian FM: Israel’s interests in Syria will be ensured

After Israeli Prime Minister Benjamin Netanyahu said that he opposes the Washington-Moscow deal regarding Syria, Russia’s foreign minister said that Israel’s considerations will be taken into account during the discussions. He said that Russia is “doing everything possible regarding the matter.”

ISRAEL: “The agreement as it is now is very bad”

Yeah… ‘Ol Cyrus Trump really did Israel in this time! AND Cyrus continues to anger the Russians over the Russian diplomatic property seized in New York and Maryland. How do you think this will turn out for Israel… Or for America? Connect the dots.

Jerusalem maintains that Iran is not only interested in sending military advisers to Syria, but also is keen on establishing ground and air bases there. For more information on Iran’s plans for Israel, click here.

For the first time in years, Jews went up onto the Temple Mount on Monday without the accompaniment of Muslim religious authority officials, as police allowed non-Muslim visitors back onto the powder-keg holy site for the first time since a Friday terror attack in the Old City of Jerusalem.

A Twitter feed belonging to Israeli rescue service Hatzolah published a picture of what it said were a group of Jews taking advantage of the lack of Waqf officials and reciting Kaddish (the Mourners Prayer) for the two police officers — both Druze — who were killed in the attack.

Israel, Muslim Temple Mount Authority Up a Tree Without a Ladder – and No American Safety Net

The Trump administration doesn’t seem capable of, or even interested in, delving into the nitty-gritty of the Temple Mount’s status quo

As chaos reigns in Libya, with competing authorities continuing to vie for power, the battle for Tripoli appears to have begun anew.

Libya will be very weak from this war and will be easy prey for Iran and Russia.

Iran’s power in the Middle East increases by the day. Iran has funded and armed Hezbollah, and helped Syria’s Bashar Al-Assad and is now cozying up to Qatar over Saudi Arabia’s recent boycott. This is only the latest move to gain more allies and increased power as Iran seeks to rule the Middle East with an eye on ruling the entire earth.

LIBERATED MOSUL A CITY OF RUBBLE

Close to a third of the Old City, more than 5,000 buildings, have been damaged or destroyed in the final weeks of the battle to retake Mosul from ISIL.

Across the city a further 10,000 are in in rack and ruin the majority in western Mosul, the scene of the most intense artillery, airstrikes and fighting during the past five months

…Bitter memories and the stench of death

The formation of a BRICS gold marketplace, which could bypass the U.S. Petrodollar in bilateral trade, continues to take shape as Russia’s largest bank, state-owned Sberbank, announced this week that its Swiss subsidiary had begun trading in gold on the Shanghai Gold Exchange.

Can Trump save the western New World Order or will Russia continue on its quest to destroy it?

…To entice more moderate senators to vote for the bill.

Republicans have frequently criticized Democrats for bribing so many senators to pass Obamacare seven years ago, even though McConnell continues to employ the same tactics to pass their Senate healthcare bill.

Connect the dots in today’s edition to see how Trump’s political games may be endangering Israel.

(Reuters) – A top Kurdish counter-terrorism official said on Monday he was 99 percent sure that Islamic State leader Abu Bakr al-Baghdadi was alive and located south of the Syrian city of Raqqa, after reports that he had been killed.

“Baghdadi is definitely alive. He is not dead. We have information that he is alive. We believe 99 percent he is alive,” Lahur Talabany told Reuters in an interview.

“Don’t forget his roots go back to al Qaeda days in Iraq. He was hiding from security services. He knows what he is doing.”

Rare M5.8 earthquake strikes off North Korea in the Sea of Japan – Largest quake in that area since 1994 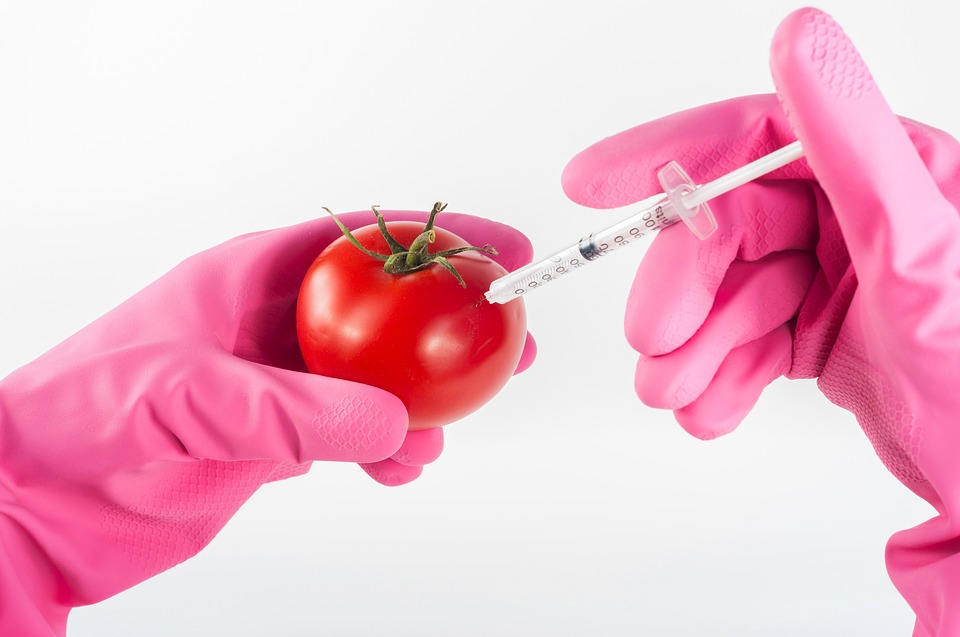 Forget spraying pesticides on your food, now they’ll be genetically engineered to be in your food, thanks to Monsanto’s latest quiet approval via the US Environmental Protection Agency.

The EPA just told Monsanto they could go ahead and bypass spraying our crops with carcinogenic chemicals like Round Up and just go ahead and breed them right into the crops themselves. Using a process called RNA interference, Monsanto’s RNAi plant will supposedly kill pesky rootworms when they come along to chomp on them- but what else will these genetically modified crops do to beneficial bugs, the soil, and human health? The EPA has no idea, because they haven’t done a single trial on RNAi-altered crops.