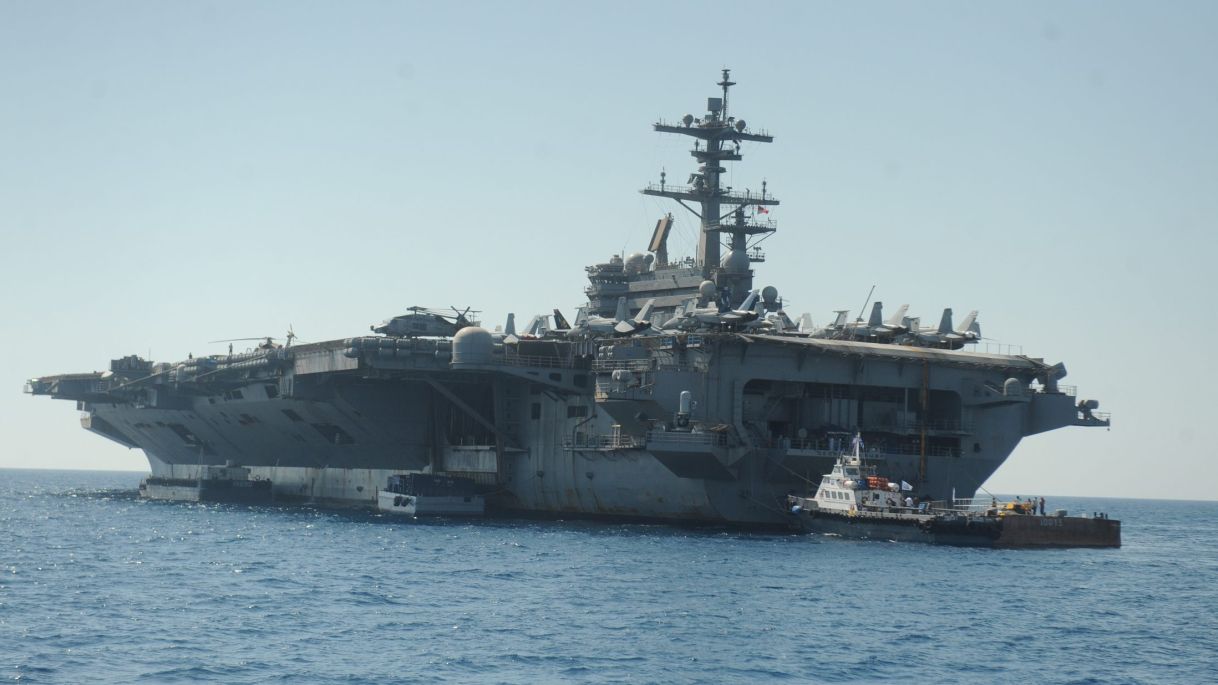 A Look Inside the U.S. Aircraft Carrier Fighting ISIS in Syria, Now Docking in Israel

An aircraft carrier – one of the most expensive pieces of military hardware in the world – is actually a floating city, with some 5,000 crew members, that can carry more than 80 aircraft. Dozens of F-18s, helicopters, command and control aircraft and more are on the deck of the USS George H.W. Bush these days, as it stands anchored off the Haifa coast.

Netanyahu: A ‘mighty aircraft carrier’ of the US

Message from Trump to Putin and Iran: “Wanna fight!?”

“Spoke yesterday with the King of Saudi Arabia about peace in the Middle-East. Interesting things are happening!” the US president wrote on Twitter. It was not clear whether Trump was referring to the Israeli-Palestinian peace process, Saudi Arabia’s ongoing feud with its Gulf neighbor Qatar or speaking generally about the conflict-plagued region.

It’s possible Donald is not clear about it , too.

HAPPY INDEPENDENCE DAY, AMERICA… From North Korea To You! 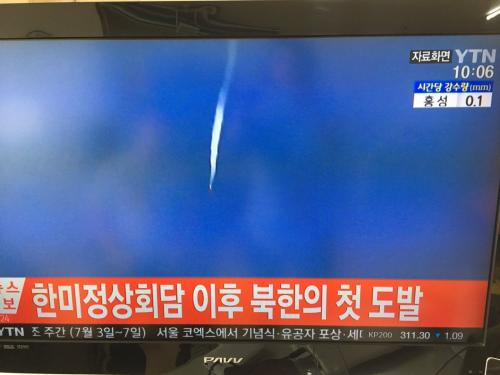 The rogue nation, via its state news agency KCNA, said it had succeeded in launching an intercontinental ballistic missile, something leader Kim Jong Un reportedly had claimed to be close to accomplishing. Japan said it appeared to have landed in the Japanese exclusive economic zone (EEZ).

China’s military vowed Monday to step up air and sea patrols after an American warship sailed near a disputed island in the South China Sea in what Beijing called a “serious political and military provocation.”

The spat is the latest in a series of disputes that have roiled the U.S.-China relationship in just the past few days. Experts said Washington appeared to be signaling its growing frustration with Beijing by rolling out measures including arms sales to Taiwan and sanctions against a Chinese bank doing business with North Korea.

On Sunday, the USS Stethem, a guided-missile destroyer, sailed within 12 nautical miles of Triton Island, a U.S. defense official said. The small   isle in the Paracel Islands chain is claimed and controlled by China. It was the second such U.S. operation near Chinese-controlled islands in six weeks.

The Syrian army Monday July 3 suddenly declared a ceasefire in the fierce fighting with rebel forces in the southern districts on the Israeli and Jordanian borders. This was just one of three unexpected events occurring in this embattled part of Syria in the last 24 hours…

‘US ready to defend allies in Syria against Assad’s allies’

Ok. Quick test! Who are Assad’s allies? If you know then answer, then you will know this is just another statement to provoke Russia and Iran.

No, sir! It is not Syria’s fate that you are leaving in the hands of the Russians. It is America’s, unless you can President Trump and NIkki Haley to shut their mouths!

Trump to talk Syria, Ukraine during G20 meeting with Putin