Some Israelis like to go to the Golan, where from the safety of a ramp overlooking the valley below, they can watch — no binoculars needed — the most consequential regional event of the age: the Syrian civil war.

This week, however, the Israel Defense Forces closed the area for visitors, letting in only the local farmers who worried about missing the cherry harvest.

That’s because for three days in a row, mortar shells flew across the border onto the Israeli-controlled side of the Golan, putting war gawkers at too much risk.

Iran accuses US of ‘brazen’ plan to change its government

TRUMP’S WAR: FROM BOMBING SYRIA TO CHALLENGING RUSSIA AND IRAN

Is Iran Baiting the U.S. Into Deeper Syrian Quicksand? 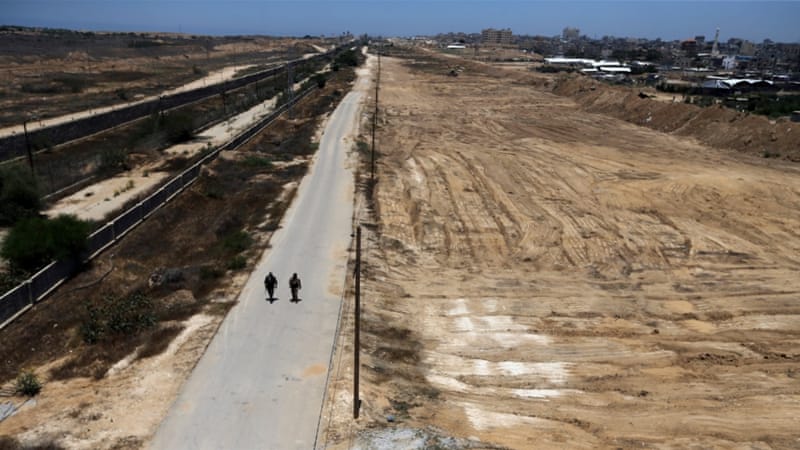 Tawfiq Abu Niem, Gaza’s deputy interior minister, said on Wednesday that the aim of the buffer zone is “to control the borderline area and boost security” on the frontier with Egypt.

The measures are part of an agreement reached with Egypt, Abu Niem said without elaborating.

U.S. Rejects Reports That Trump Is Pulling Out of Israeli-Palestinian Peace Efforts

Russia is ‘seriously concerned’ about U.S. claiming Syria is preparing a chemical attack

Russia doubled down on its rhetoric against the U.S. for the allegations that its ally Syrian President Bashar Assad was planning a new chemical weapons attack.

In the latest salvo, a Russian Foreign Ministry official on Wednesday slammed the U.S. for not accepting assurances from the Syrian government that there are no preparations for a chemical attack.

When the White House warnings were issued Monday and threats made about a response, a Kremlin spokesman the next day termed it “unacceptable.”

US set on carving up Syria

PROPHECY ALERT!
Isa 17:1 The prophecy concerning the fall of Damascus. Behold, Damascus shall cease to be a city, and it shall be a ruinous heap.
Isa 17:2 The cities of Adoer shall be forsaken; they shall be for flocks which shall lie down in them, and none shall harm them.
Isa 17:3 The might also shall cease from Ephraim, and the kingdom from Damascus, and the remnant of Ephraim will be like the glory of the children of Israel, says the LORD of hosts.
Isa 17:4 And in that day it shall come to pass that the glory of Jacob shall wane, and the fatness of his flesh shall wax lean. Fulfillment of this has already happened in the past, but will occur again because

YHVH’s people are ignorant and are destroyed because of it. Trump doesn’t realize America is largely populated by descendants of the House of Israel, Ephraim, just as was Cyrus’s Persian empire. Once again, the Ephraimites will have to be brought to their knees, but this time, for the purpose of establishing YHVH’s Kingdom on earth.

Shortly after Washington warned Damascus against any more chemical attacks and stressed that Russia and Iran would also be held to account, Syrian ruler Bashar Assad’s visit to the Russian Hmeimim Air Base in Latakia on Tuesday, June 27, bears striking symbolic, if not provocative, significance. Their guest from Damascus was shown around the base by the commanders of Russian forces in Syria and allowed a close look at the warplanes and attack helicopters lined up for his perusal.

Iran used a Star of David as a target for missile test last year, according to satellite images of the site distributed by Israel to the United Nations Security Council on Wednesday.

“This use of the Star of David as target practice is hateful and unacceptable,” Israel’s Ambassador to the United Nations Danny Danon wrote in a complaint to the Council.

Photos provided to UN members showed what Danon said was the Jewish and Israeli symbol as the target in a test of a ballistic missile carried out last year with the impact crater visible next to it. 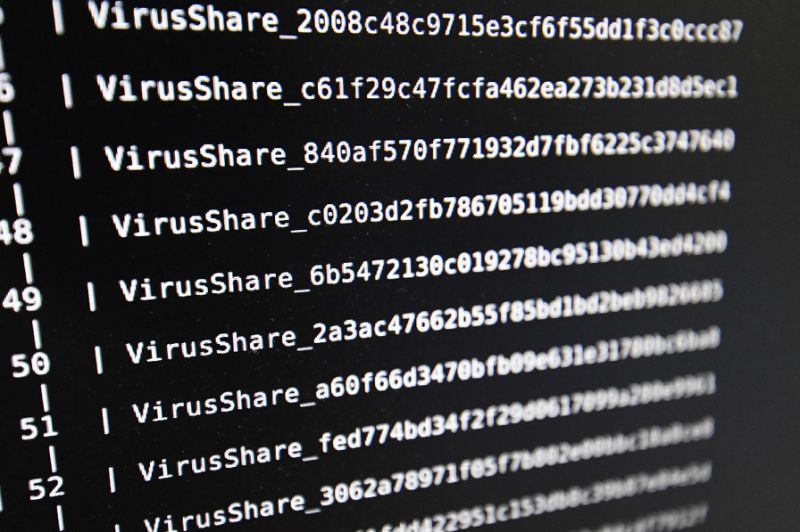 Computer users around the world were scrambling to reboot systems after a tidal wave of ransomware cyberattacks spread from Ukraine and Russia across Europe to the United States and then on to Asia. NATO chief Jens Stoltenberg warned the alliance must step up its defence against cyberattacks, saying they could potentially trigger their Article 5 mutual defence commitment. In the NATO context, the greatest fear is that another state would attack an ally’s networks to undermine key industrial and civil society infrastructure without firing a shot.

ESET says 80% of all infections were in Ukraine

The administration is taking new steps to pressure China

PROPHECY ALERT!
The wars of the Great Tribulation have a LOT to do with economic factors. Revelation describes how an entity will destroy Babylon and that the “merchants of the earth” are concerned over who will now purchase their wares. Ezekiel 38 describes how Gog attacks Israel to “keep the peace”, but the real reason Gog does this is for the “spoil”.

Both of these are economic factors. The “merchants of the earth” don’t care about the loss of life at Babylon’s destruction except for how it will affect their pockets. The “spoil” of Ezekiel 38 is the same factor being fought over in Syria: Fossil fuels! Gog will try to get control of Israel oil and gas, resources that have only come to light in the last couple of decades, just in time for the big fight!

The West – where the children of YHVH of the House of Jacob are mostly located – and the East – where the ‘red’ Edomites are – are getting ready to duke it out. Who are the ‘red’ Edomites? The ‘red’, communist nations. Russia, China, North Korea and their allies. Iran and its “King of the North” coalition (Syria, Iraq, Hezbollah) is included with the Edomites, as is ISIS (Amalek).

So, when you see strained economic and other relations between the U.S. and Russia or China, just know that it is relevant to the coming Great Tribulation.

Sweden on the Brink of CIVIL WAR, National Police Chief: “HELP US, HELP US!”

Sweden is being torn to pieces by Muslim immigrants and refugees. Law enforcement is crying out for help, and it is only a question of time before the country will need military intervention from abroad in order to avoid a humanitarian catastrophe.

A leaked report concludes that the number of lawless areas (commonly referred to as “no-go zones”) in Sweden now totals 61. That is up from 55 in just one year’s time. This increase includes not only the total number, but also the geographical size of these areas.

PROPHECY ALERT!
When the Shi’ite “King of the North”, Iran and its coalition, rides out conquering and ‘to conquer’, ISIS will remain on the earth to be a thorn in the new caliphate’s side. The fight between the conquering “King of the North” and ISIS is one way that peace will be taken from the earth when red horse #2 (the red communist nations) rides out.

If you think it is confusing to understand who is fighting who (as it is in Syria at the moment with all the various factions), just wait until the Great Tribulation. No one will know who they can trust or who their enemy truly is.

The commander of U.S. Pacific forces said Wednesday that ISIS-linked militants returning from the Middle East are intent on opening a new front in Asia, The Wall Street Journal reported.

Adm. Harry Harris used the battle in the southern Philippines as a prime example. He warned that the militants may be losing ground in Syria and Iraq, but their supporters are still willing to fight.

“Marawi is a wake-up call for every nation in the Indo-Asia Pacific,” he told the Australian Strategic Policy Institute. “These terrorists are using combat tactics that we’ve seen in the Middle East to kill in the city of Marawi, in Mindanao, the first time ISIS-inspired forces have banded together to fight on this kind of scale.” SAME-SEX MARRIAGE SUPPORT RISES, EVEN AMONG REPUBLICANS AND WHITE EVANGELICALS

Two-thirds of Americans now back same-sex marriage, among them almost half of Republicans and larger proportions of religious people—the highest level of support ever registered by a survey that polled opinions every year for two decades. 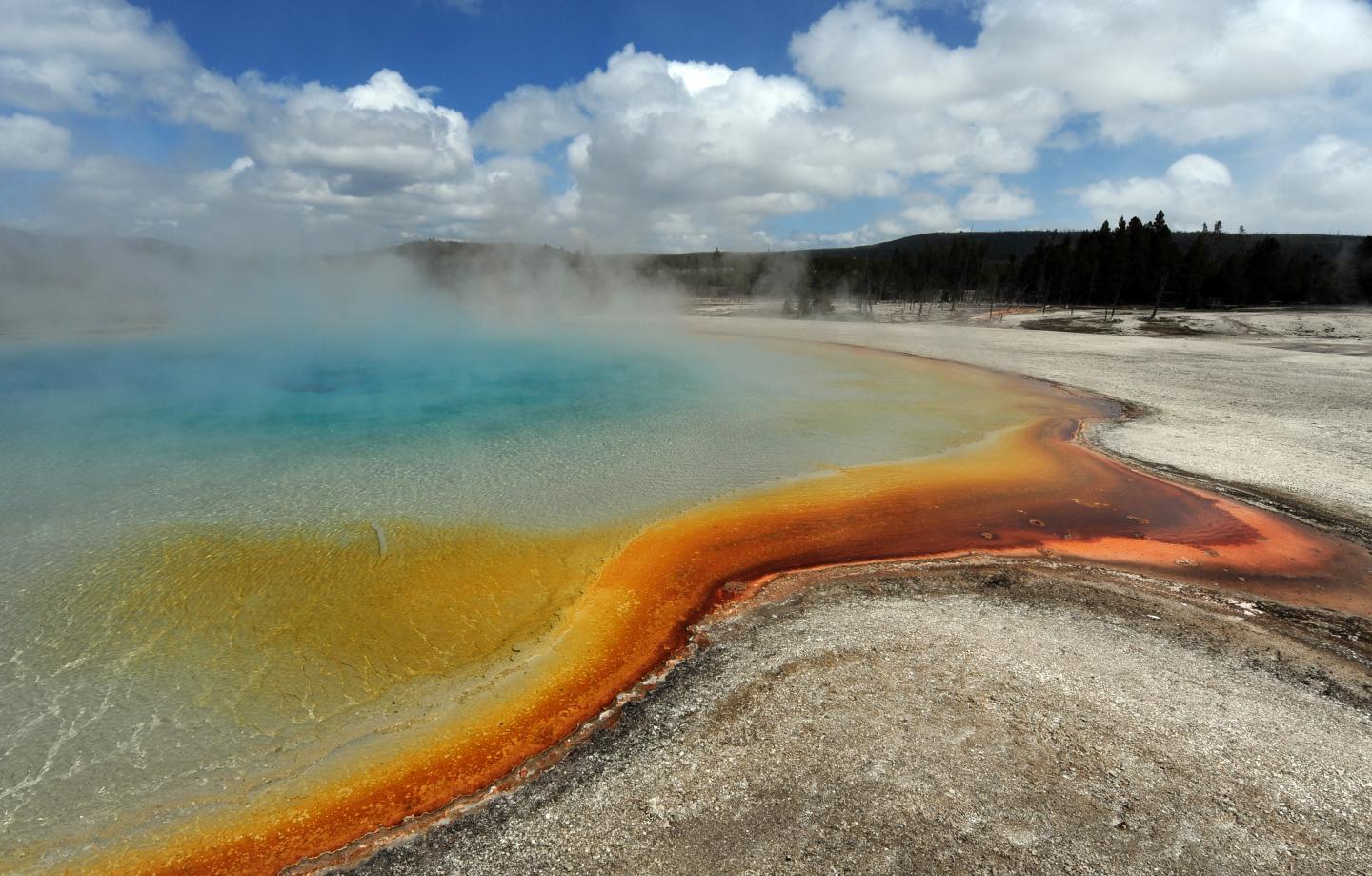 The University of Utah is part of the Yellowstone Volcano Observatory (YVO), which provides long-term monitoring of earthquake and volcanic activity in and around Yellowstone National Park. Jamie Farrell, Research Professor at the university, said that as of June 26, 878 events had been recorded as part of the ongoing swarm. The current earthquake swarm began on June 12.