Former President Barack Obama is already challenging President Trump’s White House policies after only 10 days out of office. Jeremiah’s prophecies regarding the end time ‘daughter of Babylon, may be happening right now.

Some 40 demonstrators gathered in front of the US Embassy in Tel Aviv on Sunday evening to protest President Donald Trump’s decision to put a fourmonth hold on asylum seekers entering the United States and a temporary ban on travelers from Syria and six other predominantly Muslim countries.

1. There was no threat of Jewish terrorists infiltrating the United States. The same cannot be said about Muslim terrorists.

2. Jewish victims of the Holocaust had nowhere else to go. Muslim refugees do.

3. The proliferation of Muslim refugees is a result of an intra-religious, Islamic civil war dating back to the founding of Islam in the 7th century. Judaism’s theological disputes are solved with the pen, not the sword.

4. Muslim refugees are far more religious (with many submitting to Qur’anic literalism) than Jewish refugees during WWII, an ethno-religious block that was predominately secular, assimilated into Western society, and already integrated into the mainstream European social fabric.

5. Muslim immigrants have disproportionately contributed to racist attacks against other minority groups, notably Jews. European Jews are still victims, rather than perpetrators, of anti-Semitic, white and Islamo-Supremacist, acts of harassment, bullying and intimidation.

U.S. President Donald Trump told the Christian Broadcasting Network earlier this week that he will be making a decision on moving the U.S. Embassy to Jerusalem “in the not-too-distant future.” Trump said the subject “has two sides to it,” and that although it’s out of character for him, he and his staff “are doing very detailed studies” of the issue. The interview was done Friday and broadcast Sunday night.

The move followed an announcement days earlier of an additional 2,500 homes in the West Bank and more than 550 homes in east Jerusalem. The Palestinians claim both areas, captured by Israel in the 1967 Mideast war, as parts of a future independent state — a position that has wide international backing.

Iran conducted its first ballistic missile test under Donald Trump’s presidency, in yet another apparent violation of a United Nations resolution, U.S. officials told Fox News on Monday. The launch occurred Sunday at a well-known test site outside Semnan, about 140 miles east of Tehran, Fox News was first to learn.

NATO TO SHORE UP BLACK SEA PRESENCE BY ‘LAND, SEA AND AIR’ 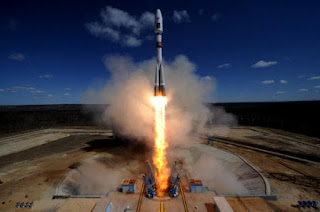 The missile was fired from the Taiyuan Space Launch Center in central China and flew to an impact range in the western Chinese desert. The flight test of the DF-5C missile was carried out earlier this month using 10 multiple independently targetable reentry vehicles, or MIRVs. The test of the inert warheads was monitored closely by U.S. intelligence agencies, said two officials familiar with reports of the missile test.