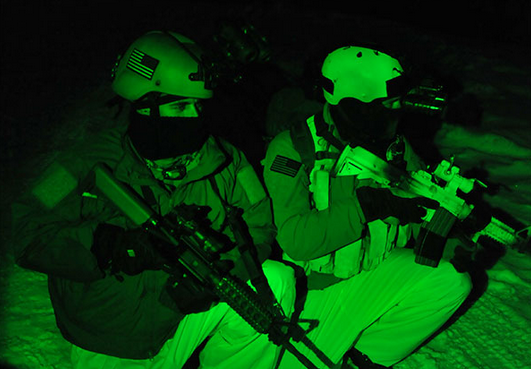 During a press conference on May 24, NATO Secretary General, Jens Stoltenberg, said that NATO does not intend to take part in military operations against the Islamic state in Iraq and Syria. Instead, the alliance plans to concentrate on training certain ‘local forces’.
Actually, Jens Stoltenberg still could not hide the fact that NATO leadership, first of all, solves the serious issue of deploying its units in Syria and Iraq. In fact, such plans as ‘training local forces’ and ‘large-scale military operation’ are very close to each other in their essence.
It is easy to imagine how the events will develop. First, a decision is made to train local forces, which are the Syrian opposition in fact. In the framework of this step, dozens, and then hundreds of NATO ‘experts’ are deployed in the country. Then the next stage to be implemented, the military is transferred closer to the war zone.
The latest events are the following: during a full-scale campaign in the media started immediately, the fabricated information about the death of several NATO representatives (who were illegally engaged in training the opposition representatives on the Syrian soil) is spread.
It cannot be ruled out that something like that may happen somewhere in Idlib, where Western-controlled radical groups are located. Some human rights organizations accuse then government troops of using chemical weapons, bombing hospitals, maternity homes and schools, and of other atrocities and mass murders.
Thus, under the specious pretext of combating IS, the Allied Forces of NATO countries may enter Syria and begin a large-scale campaign against Bashar Assad. Such a scenario can be easily carried out if they wish. In connection with the growing number of terrorist attacks in Europe, Western society is extremely frightened. Continuous flows of refugees also threaten the EU. It turns out that the citizens of the European Union are so much afraid of all these Middle Eastern troubles that they will agree with everything that NATO would offer them, up to participation in full-fledged military operations, just not to let bombs explode in Europe.
Syrian experts, in their turn, were skeptical of the contradictory statements of Stoltenberg. In their opinion, the coalition already includes 12 member countries of NATO. It is their combat aircraft that daily participate in military operations in Syria and Iraq and regularly carry out deadly air strikes. In particular, recently, the coalition strikes in Syrian Raqqah killed at least 16 civilians.
Obviously, the actions of the coalition forces in Syria and Iraq, one way or another, are coordinated with the command of NATO. Apparently, Washington is again trying to lull the vigilance of the international community and is developing new plans to overthrow the Syrian government by force.