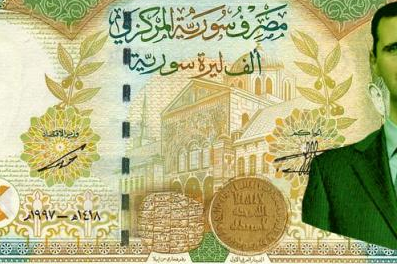 The EU Council extended last Monday the restrictive measures against the Syrian government up to a year, until June 1, 2018. The event occurred against the background of the latest Syrian Arab Army’s success when a weak hope for the end of the conflict in Syria was born. It seems that you shouldn’t wait for resolving the conflict, as well as for lifting the the sanctions. However, it is time right now for the Syrians to really think about the restoration and post-war development of the country.
Here we should talk not only about food supplies, deliveries of cloth and basic necessities provided entirely free of charge but also about the development of trade and economic ties between the states. But what are the ways to restore the Syrian economy at this stage, today?

Not so long ago, at a meeting held in Damascus between Syrian Prime Minister Imad Khamis and Iranian Ambassador to the country Javad Torkabadi bilateral relations in various fields, including in the sphere of economy, were discussed. Imad Khamis made it clear that Syria needs to overcome the full-scale economic war unleashed against the country by Western states and their accomplices in the Middle East. In his turn, the Iranian ambassador confirmed that the relations between Tehran and Damascus have become a model of strategic cooperation between the countries. Probably, Torkabadi even indicated to his colleague that Syria can rely on Iran economically. In addition, Iran has accumulated vast experience in countering ‘sanctions war’ which also would not hurt to adopt. However, the economic ties between Iran and Syria alone will not solve the problem of Syrian economy’s degradation.

Given the situation in Qatar, it would be quite a promising option to consider Qatari investments into the Syrian economy. However, it is necessary to create some political tools to settle the conflict and to stimulate investors from Doha first. The possibility of providing certain zones of influence or certain economic niches for Qatar could also contribute to the cardinal turn of the Doha towards Damascus.
Qatar is largely responsible for what is happening in Syria, and this issue is being actively discussed now in business circles from around the world. It would be nice if Qatar, in addition to Syria’s allies, would help with its financial capabilities to raise the Syrian economy. It’s time for Qatar to address directly Syria, to offer something like Marshall Plan to ensure economic stability. It would calm the economic situation in the post-war period and could bring profit to Qatar in the future.
Such a policy will not allow Qatar to become an outcast No. 1 in the region and responsible for all the evil committed by the radicals on the Syrian soil, especially as the strategy of dismembering Syria seems to have been in limbo for the sixth year and proved ineffective. But these are not all the he mutual benefits of cooperation with Syria.
In general, such a policy will undoubtedly strengthen the position of Doha in the Islamic world; allow them to bypass the Saudi barrier and to provide a new source of potential revenue. Finally, cooperation with Syria will make it possible to become more independent of the U.S. and the EU. In fact, Doha has its hands untied, because the relations with the competitors are spoiled by diplomatic scheming and the pipelines Turkey are willing to take gas from the kingdom.
What remains is to agree with Iran on purchasing some LNG from Qatar for onward transport to external consumers. Iran is now getting closer to Qatar and has strong positions in Syria, so it can become an excellent intermediary.

Economic ties are the main guarantee of success

Despite the ongoing fighting in Syria, the country’s economy moves on. When eliminating sources of instability, terror and the break-up of the state, a number of countries can really help Syria economically.
Syria is rich in energy resources and minerals including rare-earth metals. At the same time, the country has an advantageous geographical location. Many potential ways of transporting goods to the Mediterranean pass through its territory. All this shows that Damascus can develop rapidly and may reach a new economic level in a relatively short period of time.
The stability in the region and the development of trade and economic ties would allow the Syrians to have a source of stable foreign direct investment. The country has been in the grip of war for more than six years, but is full of enthusiasm to rebuild the economy. The hope of a new life and the Syrian Arab Army delivering battlefield successes inspire optimism on the part of Syrian citizens as well as the support of such countries as Iran, China, India, Russia and Armenia.
Qatar could also join this friendship if realized considerable mutual benefits from collaborative effort and counted the losses from the economic boycott declared to the emirate by its ‘friendly’ neighbors. According to recent Reuters reports, for example, Qatar has already shut down its plants producing inert gas in this regard.