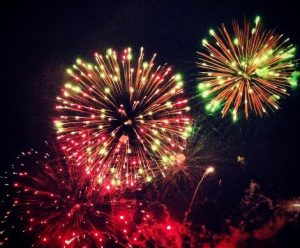 President Donald Trump’s “turn-around” economy has been in boom mode since he took office. The stock market is in its longest period of sustained growth since 1987 and it is at historic peak levels. Will this be a long trend or are there conditions coming that will cause another downswing?

The increasingly persistent role of the finance sector adds considerable risks. It makes an ever more significant part of the U.S. economy growth rate susceptible to unpredictable risks, such as “black swan” events. If the U.S. has made a huge contribution to global economic growth, it is because of its diversity.”

The financial sector in question is not commodities, but the derivatives of commodities. “Derivatives are speculation on speculation, or risk on risk. Over the counter (OTC) derivatives were one of the main causes of the financial crisis of 2008. Its effects are still being felt, but the big banks have not lost the habit. Meanwhile, President Trump plans to unleash financial deregulation, starting with the repeal of the Dodd–Frank Wall Street Reform and Consumer Protection Act and the Glass-Steagall Act.” 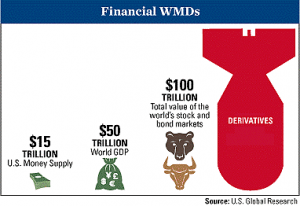 The mortgage market dropped like a sinkhole and with it the real estate market.

The derivatives bubble burst in 2007-2008 sending most of the lending and financial institutions reeling out of control starting with Lehman Brothers, JP Morgan-Chase and Goldman Sachs. The mortgage market dropped like a sinkhole and with it the real estate market. The big financiers have not learned there lesson and today the derivatives market is even larger than before.

The financial and real estate markets are still haunted by Country Wide Mortgage’s devastation. Country Wide loaned to unsophisticated borrowers to people with no ability to repay and abused their foreclosure practices against already struggling people. Mortgage derivatives rocked the real estate market, but, instead of learning the lesson, the big financiers took the next leap and created derivatives out of every kind of commodity possible.

Revelation 18:3 For all nations have drunk of the wine of the wrath of her fornication, and the kings of the earth have committed fornication with her, and the merchants of the earth are waxed rich through the abundance of her delicacies.

“Donald Trump’s proposed financial deregulation could make the influence of derivatives more pernicious. This is one of the main restraints against making any sensible prediction of the U.S. economy growth rate. The widespread dissemination of derivatives serves as a reminder of the fact that the risk of another—or even worse—financial crisis is as intense today, as it was almost nine years ago.

Derivatives are a causal factor in adding risk to current macro-economic scenarios. Global economic growth pivots around the western system of finance. The United States—Wall Street, in fact—is its center of gravity. The rise of financials at the expense of the rest of the economy started in the U.S. but, since the late 1980s, it has spread like wildfire worldwide.”

The heavy trade deficit along with the U.S. Federal Reserve’s low interest rates and the depreciated dollar have prevented the real economy (the one that makes goods) from thriving. Imports have become more affordable, while U.S. goods have become less competitive abroad. The global economy is lopsided. What is good for other countries should also be good for the United States, but it is not so because of NAFTA and other trade agreements.

Trump is cozying up to Vladimir Putin in an attempt to repair the global economic breach that was the impetus for the creation of BRICS. But with war upticking in the Middle East, recent calls by Trump for Putin to “lease” Crimea instead of ruling there, and war threats from North Korea, the Russians are becoming less willing to play with Trump. This could mean economic collapse as well as war between the US and the eastern New World Order axis, Russia, Iran, China and North Korea.

China is moving toward more domestic-market-oriented growth while Europe continues its expansive monetary policy just when the U.S. Federal Reserve starts putting on the brakes by lifting interest rates. Donald Trump’s protectionism could make things very tough for developing countries such as Mexico and Turkey, which have based their development strategies on the success of their exports. Thus, global economic growth could suffer considerably. The U.S. dollar could gain so much value as to make American goods noncompetitive anywhere outside the United States.

The bottom line is that what may look good for the US economy, and its dollar, could in the end explode like the 2007-2008 economy.