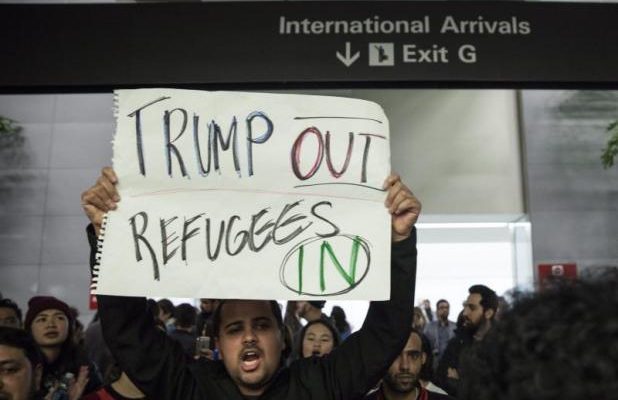 Trump’s latest executive order to ban Muslims who are deemed to be a terrorist threat is going quite well, according to Trump. It is bringing global chaos, according to others. The travel ban is succinctly stated: “To protect the American people from terrorist attacks by foreign nationals admitted to the United States.” That does not sound like a ban on Muslims until one looks at the list of seven countries from which travelers might be banned: Iran, Sudan, Iraq, Syria, Yemen, Libya and Somalia. These are, indeed, terrorist manufacturing nations, but note that Trump’s Muslim ban excludes countries in which he has business ties.

Trump signed the order banning travel from those seven Muslim-majority countries for 90 days, suspending all refugee admission for 120 days and expanded the powers of US immigration control officers. Since then, America has been a place of peace and joy… Er, maybe not!

The executive order was signed at 4:42 p.m. Eastern on Friday. The full text can be found here. Protests immediately sprung up at US airports and in front of the White House. Protesters blocked traffic at LAX, Logan, JFK, and DFW where the protest where Muslims performed a loud call to prayer and chanted ‘Allah’. Boston’s Copley Station closed on Sunday morning. New York taxi drivers called a strike.

President Trump believed he was protecting Americans. But some Americans – Jewish Americans who were in favor of the moves Trump promised to make in Israel – saw it differently. They joined the protests to implement security policies on American soil probably because they don’t remember the holocaust and they don’t know who their enemy is. It ain’t Trump!

World leaders weighed in on the matter. Canadian Prime Minister Justin Trudeau, German Chancellor Angela Merkel and Prime Minister Theresa May denounced his decision to limit entry from those Muslim countries in the name of fighting terrorism. Angela Merkel declared that fighting terrorism was no excuse to keep terrorists out of America. Sadiq Khan, London’s Muslim Mayor, demanded that Trump’s upcoming state visit be cancelled. Boris Johnson lobbied the Trump administration to allow British citizens with dual citizenship to enter the US, to which Trump replied, ‘OK’.

US Judges wasted no time trying to undo the effects of Trump’s executive order. U.S. judges in at least five states blocked federal authorities from enforcing the executive order but some customs agents ignored a Brooklyn Judge’s court order, according to the ACLU. Trump revived a program that deputizes local officers to enforce federal immigration law much to the delight of border patrol and ICE agents.

The private sector was thrown into chaos as journalists melted down, taking their complaints to social media to express their outrage. Hollywood slammed Trump’s order as ‘disgusting and disturbing’. American technology companies, that for years have relied on a steady stream of skilled engineers from overseas to help them create their products, whined and complained about the possibility that there will be less highly trained foreigners to take jobs away from Americans. Even Google started complaining about the effect of the executive order on its staff.

For his part, ‘The Donald’ started to whine and complain over world reaction to his effort to protect America from terrorists. He ‘trumpeted’ a Muslim ban during his campaign. 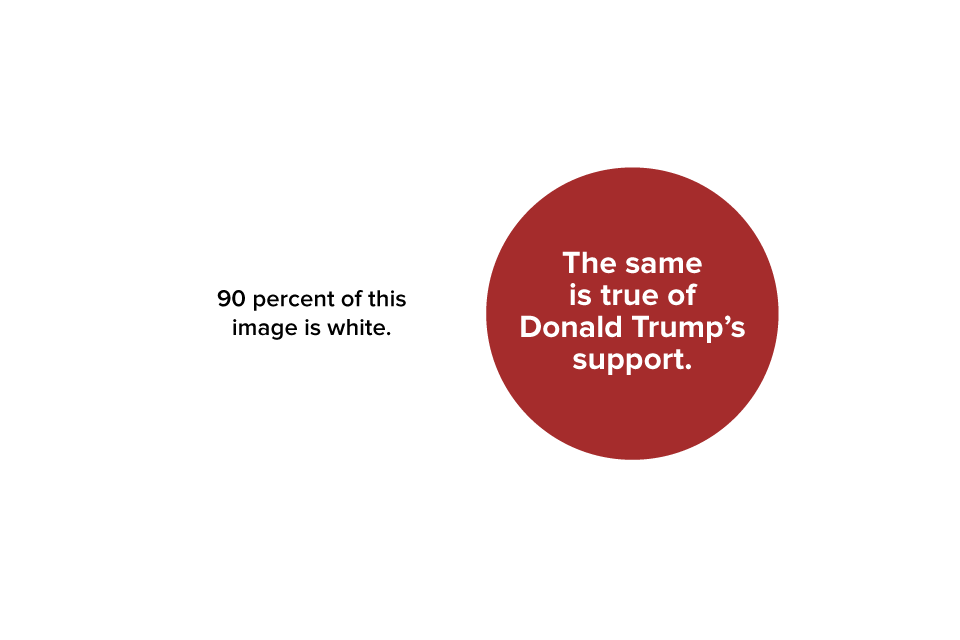 His mostly caucasian audiences and supporters loved the idea. Where are those white supporters now? Are they standing against the mostly immigrant population doing the protesting?

The protests are mounting. Tens of thousands of people are not limiting the protests to airports and the White House any longer. The outcry is growing in cities across the country. A march, estimated at about 10,000 people, later headed to the US Customs and Border Protection office in lower Manhattan. In Houston, already filling up with visitors for next Sunday’s Super Bowl, about 500 people marched through the downtown.

There is hypocrisy on both sides. President Trump is protecting Muslim countries where he does business while American citizens and immigrants, who should want the US to be secure, don’t want sacrifices made by anyone, most of all themselves. The executive order was not clear on who was being targeted, but it is clear that Americans don’t want anyone targeted. Let the terrorists in! Isn’t that what scripture says will happen to end time Babylon?

YHVH is calling His people to leave spiritual Egypt, aka Babylon, but they won’t go! Not only won’t they go, but they are calling for, or passively allowing, the hunters to come get them and chase them back home!