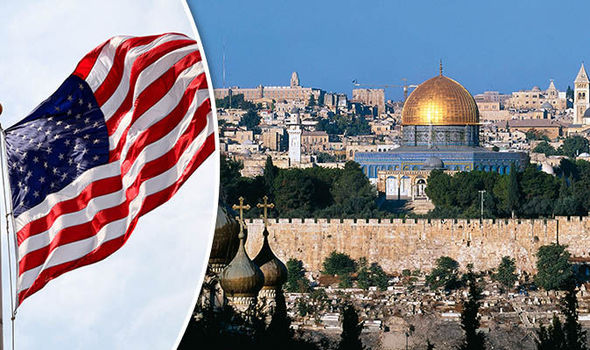 American ambassador will begin officially operating out of Jerusalem in May; Palestinians erupt in anger

Much to the chagrin of the Palestinian Authority, US President Donald Trump announced on Saturday that he’d be accelerating the transfer of the American embassy from Tel Aviv to Jerusalem.

The US mission is slated to being moving in phases to its consular facility in the Jerusalem neighborhood of Arnona starting in May.

The first stages of the move are expected to see Ambassador David Friedman and a small personal staff take up offices at the Arnona facility, officially granting it the status of “embassy.”

Later, a full embassy annex will be added to the complex, with a new embassy facility to be built elsewhere in the city during the years to come.