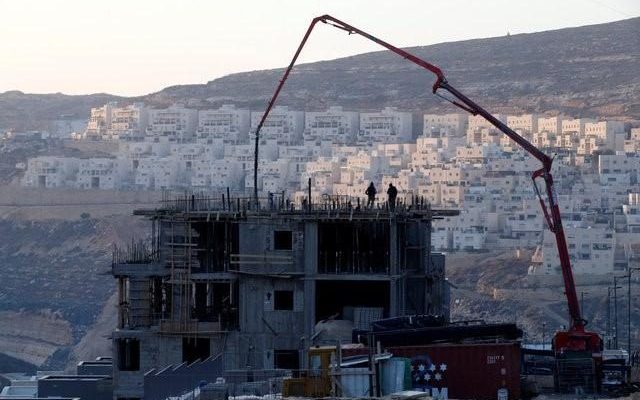 Seventy nations gathered against Israel last Sunday, January 15, 2017 and the United Nations Security Council met on Tuesday, January 17, 2017. They gathered twice, in the same week, in what appeared to be ‘dud’ attempts to force Israel back to 1967 borders. Some breathed a sigh of relief and looked to Donald Trump to stop the world’s future onslaught. The sigh of relief may be premature and Donald Trump is yet to be proven as the Jews’ rescuer.

In his final press conference, Barack Obama defended his UN vote on December 23, 2016 and continued to advise President-Elect Donald Trump about his position on Israel, the settlements and moving the US embassy from Tel Aviv to Jerusalem. Donald, for his part, appointed Nikki Haley as the new UN Ambassador who created a heightened hope in Israel causing increased calls for annexation of the West Bank. While “calls have been made for the annexation of parts of or the whole of Area C” was happening, Nikki Haley was delivering a different message to the US Senate. She testified that Israeli settlements “can hinder peace“, clearly not echoing Trump’s ideology.

Perhaps a view of 1933 Germany can give us a clue about what the difference are between Obama and Trump. The Germans had two main political parties during the rise of Hitler – the Nazi and Communist parties. The Communist party wanted to rule the world through subterfuge, conquering countries from within, rather than through war. The Nazis wanted war, plain and simple. But their agendas were the same. The both wanted to conquer the world. Only the methodology differed. It is the same with Obama and Trump.

Obama’s method to conquer Jerusalem was via a peace treaty that would be certain to bring an easy conquest of Jerusalem through war because 1967 borders are indefensible. This was viewed by the Judeo-Christian world as malevolent. Trump wants to conquer Jerusalem by putting the US embassy in Jerusalem which, in any other time of history, would signal a conquest. However, because Trump’s move appears to “free” the Jews, the Judeo-Christian world approves.

It is said that King Cyrus freed the Jews. This is a historical lie. He allowed the Jews to rebuild the Temple so that Judea could remain a coffer-filling vassal to Persia. It was only a change of guard and methodology. Jerusalem was still under siege by a foreign power. What are Obama and Trump really fighting over? Nothing more than the method used to continue Jerusalem’s siege as in the days of Nebuchadnezzar and Cyrus. Nebuchadnezzar conquered Jerusalem through war – malevolence. Cyrus continued Jerusalem’s conquest through benevolence. He was the “good” king who allowed the Jews the freedom to be vassals in their own land. Either way, Jerusalem was not free then and it won’t be free now under Donald Trump.