The scene of a shooting near a Y.M.C.A. baseball field in Alexandria, Va., on Wednesday. Credit Al Drago/The New York TimesA lone gunman opened fire on Republican members of the congressional baseball team at a practice field in a Washington suburb Wednesday, using a rifle to shower the field with bullets that struck five people, including Steve Scalise, the majority whip of the House of Representatives. 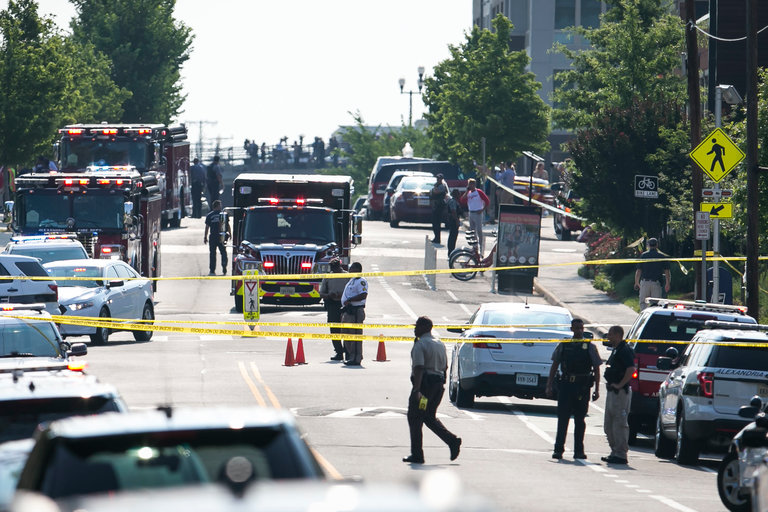 Two members of Mr. Scalise’s protective police detail were wounded as they exchanged gunfire with the shooter in what other lawmakers described as a chaotic, terror-filled ten minutes that turned the baseball practice into an early-morning nightmare. Police said a total of five people were shot, two critically.