According to reports in the Palestinian media, a nongovernmental organization run by Iranian youth movements was in charge of distributing the meals. Arabic news sites affiliated with the Iranian Revolutionary Guard Corps also pointed to Iranian NGOs as being behind the “supply of food to the heroes fighting for the liberation of the besieged Al-Aqsa mosque until victory is achieved over the Zionist occupier.”

A joint communique issued after the gathering said the meeting “strongly condemns Israel’s recent provocative actions” at the holy site.

It accused the Jewish state of “employing collective punishment measures and the use of lethal and excessive force against peaceful Palestinian worshippers” at the site.

Cavusoglu said it was time Muslim countries started to help the Palestinians “not just with words but with actions”.

“We must act to protect the Al-Aqsa mosque and Palestine,” he said. He reaffirmed a call made by Erdogan on all Muslims to visit Jerusalem.

How Did Islam Get Involved with the Temple Mount?

Israeli-Palestinian conflict may not be solvable, Kushner says on tape

In leaked conversation with congressional interns, White House senior adviser says he doesn’t know what administration can do that is unique to bring peace

HUH!? I understand this from the Jordanians, but from the Chief Rabbi?

Netanyahu steps in to stop brawl of Israeli, Jordanian MP

The showdown was averted but the hyperbole from both sides reflects heightened diplomatic tensions between Israel and Jordan over the escalation around a contested Jerusalem shrine and over last month’s deadly shooting at the Israeli Embassy in Amman.

They hate Jews, but sure do like it when the Jews saves their lives!

Russia is engaged in a major buildup in Syria, both in support of the de-escalation zones established in conjunction with the United States, and in order to solidify its military control of the country.
DEBKAfile’s military and intelligence sources reported exclusively on Wednesday, August 2, that 2,000 mercenaries had just been airlifted into the country, boosting to a total of 5,000 the number of mercenaries on hire from the Wagner Group private contractors for service under the Russian flag in Syria. They are all retirees from elite units of the Russian ground forces, air force or navy.

Persian Edomites, Russia and Iran, are recreating their former Persian dominance in the Levant.

Gen 27:39  And Isaac his father answered and said unto him, Behold, thy dwelling shall be the fatness of the earth, and of the dew of heaven from above;
Gen 27:40  And by thy sword shalt thou live, and shalt serve thy brother; and it shall come to pass when thou shalt have the dominion, that thou shalt break his yoke from off thy neck. 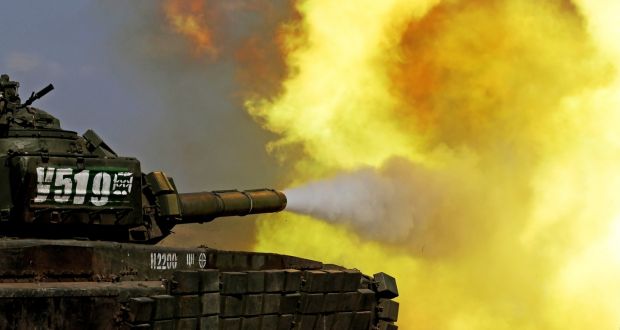 When U.S. Sanctions Backfire: Russia And Iran Partner Up In $2.5B Deal

Russia and Iran signed a $2.5 billion deal on Monday to start up a much-needed rail wagon production operation. The agreement was forged between the Industrial Development and Renovation Organization of Iran (IDRO) and Transmashholding, who is Russia’s largest rail equipment supplier. The two sides will set up a new joint venture, which will be 80% owned — although completely funded — by the Russian partner.

Listen to last week’s Jerusalem Report to understand this deal in prophetic light. Russia and Iran have been working on a direct trade and military route the Caucuses Mountains for several years in what is known as the North-South Transport Corridor.

Tillerson says he and Trump disagree over Iran nuclear deal

Iran’s Revolutionary Guards have started using a new route across the Gulf to funnel covert arms shipments to their Houthi allies in Yemen’s civil war, sources familiar with the matter have told Reuters. In March, regional and Western sources told Reuters that Iran was shipping weapons and military advisers to the Houthis either directly to Yemen or via Somalia. This route however risked contact with international naval vessels on patrol in the Gulf of Oman and the Arabian Sea.

ELEMENTS OF THE COMING SHIA-SUNNI WAR

Saudi Arabia is looking to inject some of its influence right in the heart of Iraq in order to contain Iran’s growing control over Iraq. Riyadh is looking for an antidote to solve its exhaustive Shia-Sunni dilemma, and has unprecedentedly reached out to Iraq two times in the past 30 days. 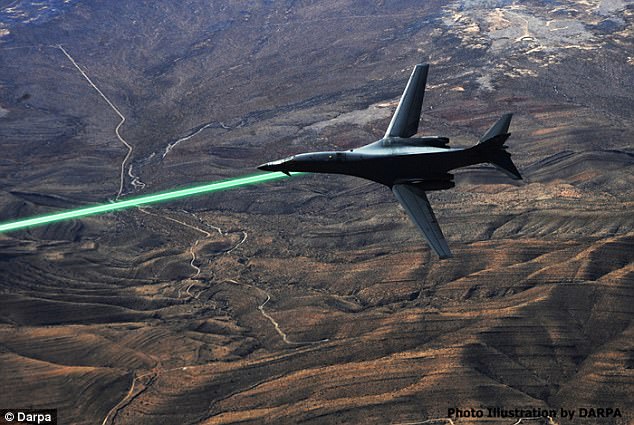 The Russian defense industry says it will deploy powerful lasers on its new sixth-generation fighter that will be able to “burn” enemy homing systems on projectiles fired in their direction, to make them unable to hit a target. 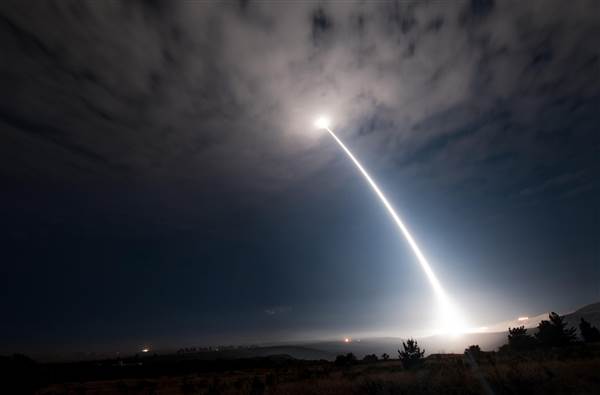 The unarmed Minuteman III missile was launched at 2:10 a.m. PT from Vandenberg Air Force Base, about 130 miles northwest of Los Angeles.

An Air Force statement said that the test was not a response to recent North Korean actions, but shows that America’s nuclear enterprise is “safe, secure, effective and ready to be able to deter, detect and defend against attacks on the United States and its allies.”

The U.S. Is Inches From A War With North Korea In Which Millions Could Die 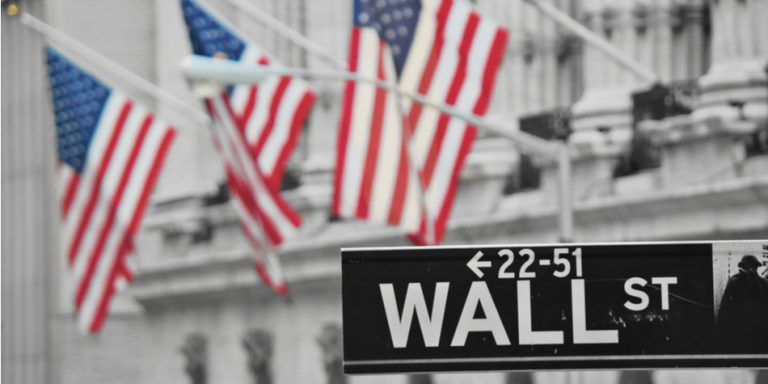 Shares of Apple surged nearly 6 percent in the premarket Wednesday, putting the Dow Jones industrial average within striking distance of 22,000. Apple’s stock surged after the tech giant reported quarterly results that blew expectations out of the water on Tuesday. 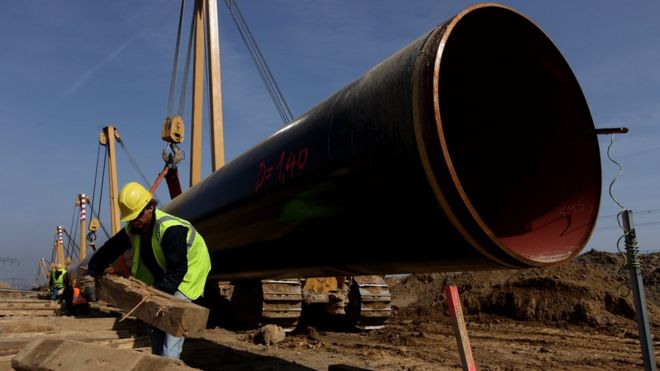 The sanctions bill targets Russia’s mining and oil industry, and aims to punish the country for interfering in the 2016 presidential election as well for its military aggression in Ukraine. In announcing that he’d signed the bill, Trump made his most definitive statement yet about Russia’s interference in last U.S. presidential election.

The effort, following his campaign pledge to reform the country’s immigration system, expands on a bill introduced by the senators in February to cut the number of legal immigrants into the U.S. by 50 percent over 10 years. That bill, which has stalled for months in the Senate, would eliminate diversity lottery visas and limit the number of refugees offered permanent residency in the country every year.