Palestinians and Arab MKs declared ‘victory’ Tuesday as Israel reversed security measures at the Temple Mount, and said their struggle for control over the compound also extends to the Western Wall.

A German politician has called on the European Union to suspend its partnership agreement with Israel over human rights violations against Palestinians.

EVIDENCE OF BABYLONIAN DESTRUCTION OF JERUSALEM UNEARTHED IN CITY OF DAVID

Less than one week before Tisha B’Av, the Israel Antiquities Authority presented further evidence of the destruction of Jerusalem by the Babylonians, unearthed during excavations at the Jerusalem Walls National Park in the City of David.

During the excavations, concentrated on the eastern slope of the City of David, structures dating more than 2,600 years ago were unearthed after being delicately extricated from collapsed layers of stone, the IAA said Wednesday. 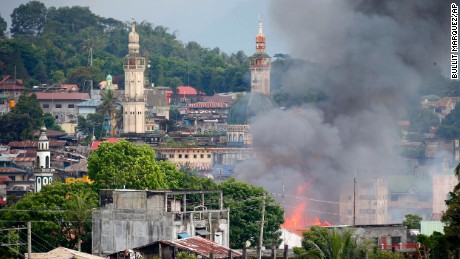 As it loses in Syria and Iraq, ISIS establishes a new beachhead: the Philippines

Almost 400,000 people have been displaced by the fighting in Marawi, a city on the southern island of Mindanao, according to the Philippine military. And like Obedencio, most face an uncertain future in a region turned upside down by extremist violence.

The Islamic State, also known as ISIS, views the drawn-out battle as a major win at a time when it is being driven out of its base in Iraq and Syria, bringing greater attention to the Philippines and Southeast Asia as a new beachhead for extremists.

Bank Deregulation Back in Vogue: It’s time to dance the last fandango!

The banks need to be able to entice more people into debt because potential borrowers with good credit and easy access to financing are showing no interest in taking the banks’ current enticements toward greater debt. That could indicate the average person is smarter than the banks and apparently recognizes they are at their peak comfort levels with debt. The banks, on the other hand, want to reduce capital-reserve requirements in order to leverage up more.

An ever-growing reliance of European millennials on lease financing has auto ABS investors worried about a potential crash in used car prices at some point in the not so distant future…that sound familiar to anyone?  (See: It’s Not Just Americans, Europe’s New Obsession With Auto Leases Is “Catastrophic For Used Car Prices”)

Scaramucci threatens ‘to fire everybody’ to stop White House leaks

President Donald Trump’s newly appointed communications director, Anthony Scaramucci, said Tuesday that he is prepared to “fire everybody” in the White House communications shop in order to put an end to embarrassing internal leaks.

This American town is already completely under Sharia Law