A Salafist terrorist group from Gaza which is linked to the Islamic State (ISIS) organization claimed Monday evening’s rocket attack on southern Israel, Israeli media reported. The rocket exploded in an open area near the Sha’ar Hanegev Regional Council. 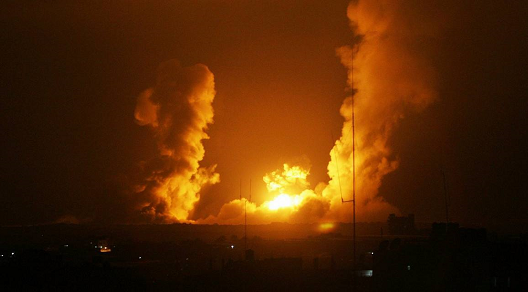 Israel bombed a Hamas target and an area in the center of Gaza following remarks by Israeli army spokesman Ovijaa Odraei who said a rocket was fired from Gaza.

“We won’t hold back if necessary and when needed we will respond with all our might,” he said. “Anyone that wants to turn Syria into an Iranian base against Israel should think again.”

Should Jews Trust Christians? You May Be Surprised by the Definitive Torah Answer

The rising tide of Christian support for Israel has many Jews wondering if it is permitted by Torah law to accept this newfound friendship, given the millennium of difficult relations between the two religions. Many rabbis believe that not only is it permitted, but it is a Torah imperative to return this friendship in kind.

The ingathering has already begun. Be a part of it! Come to Jerusalem for the Feasts! Show Judah that Joseph has repented of the sins of Jeroboam. Attending the Feasts in Jerusalem will show Abba and the Jews that the House of Israel is ready to return. 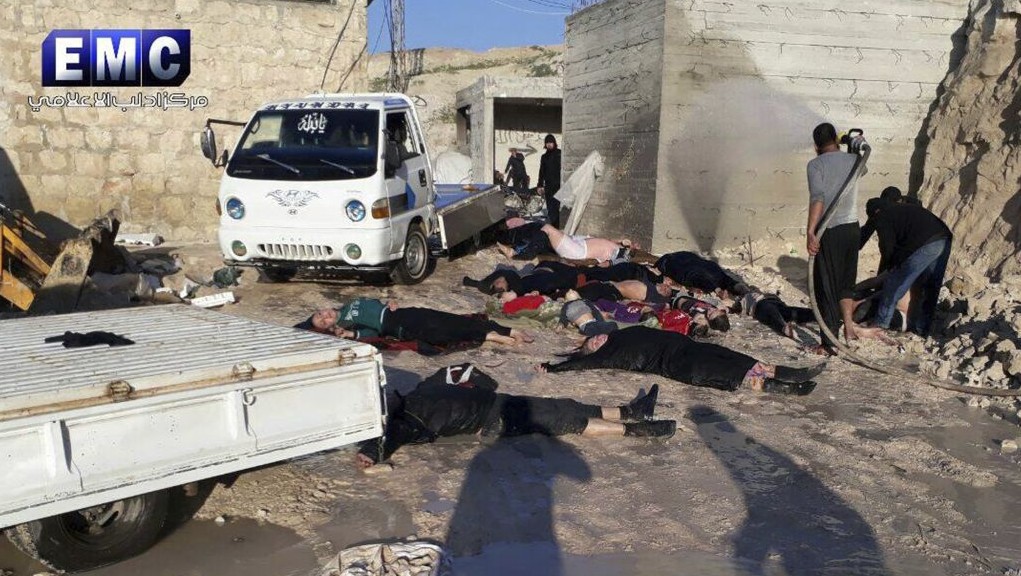 Syria Will ‘Pay a Heavy Price’ for Another Chemical Attack, White House Says

The White House said late Monday that President Bashar al-Assad of Syria appeared to be preparing another chemical weapons attack, and warned that he would “pay a heavy price” if one took place.

Several military officials were caught off guard by the statement from President Trump’s press secretary, but it was unclear how closely held the intelligence regarding a potential chemical attack was.

In the statement, the White House said that Mr. Assad’s preparations appeared similar to the ones Western intelligence officials believe the Syrian government made before a chemical attack in April that killed dozens of Syrians, including children.

“As we have previously stated, the United States is in Syria to eliminate the Islamic State of Iraq and Syria,” the statement said. “If, however, Mr. Assad conducts another mass murder attack using chemical weapons, he and his military will pay a heavy price.”

Russia brands US warning to Syria over chemical weapons ‘unacceptable’

Uh huh! So… Threatening Russia, along with Syria, is how Trump intends to “deal” with Russia? Stand still and see what happens next because Trump hasn’t learned to “deal” with Congress OR Russia! Trump is a “Bull-y” in a Russia shop! 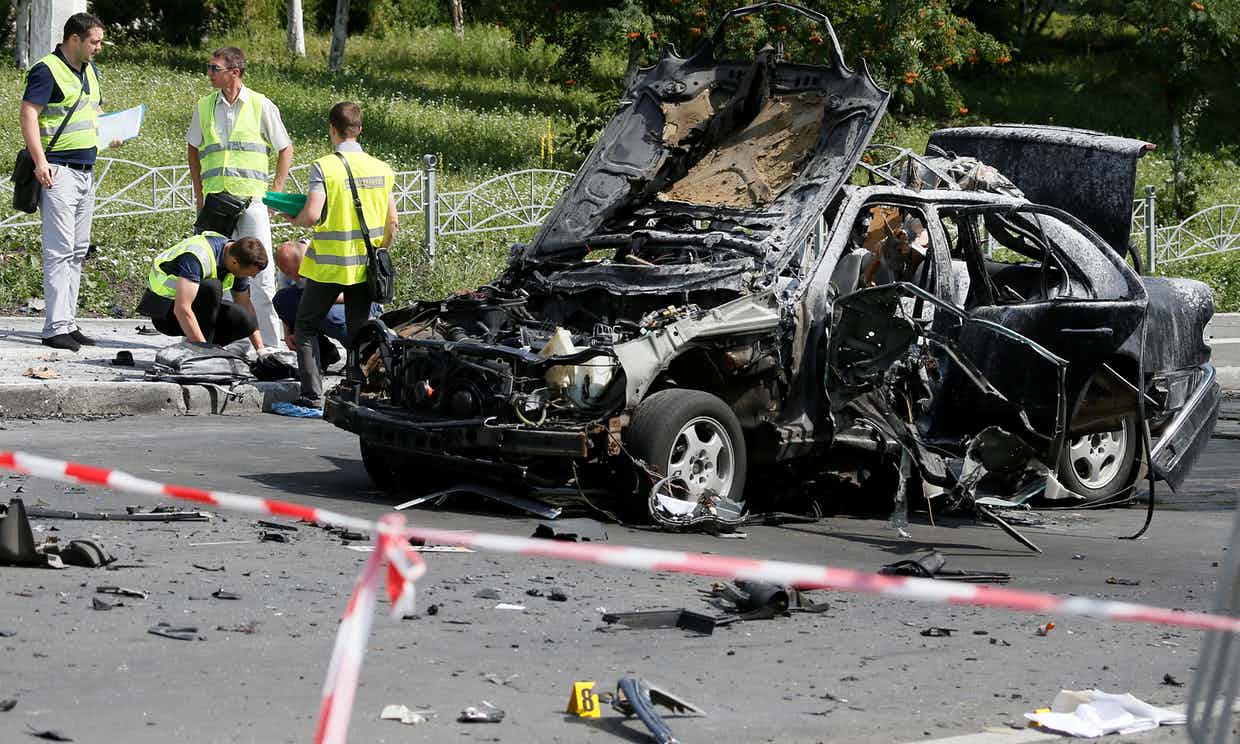 Authorities say a bomb planted under or inside a car has killed a senior Ukrainian military intelligence officer in the country’s capital.

Photos from the scene showed the mangled vehicle in the middle of a Kiev intersection. Police say the car’s driver was killed immediately and two passers-by were slightly injured in the Tuesday morning blast.

The Defense Ministry identified the victim as Col. Maxim Shapoval of the Chief Directorate of Intelligence. Ukrainian media reported that Shapoval was chief of military intelligence’s special forces.

Kiev regional police chief Andriy Kryshchenko tells 112 television channel the unidentified explosive device was either attached to the bottom of the car or planted inside,.

Investigators are treating the explosion as a terror attack but did not immediately say who was to blame.

HOURS BEFORE GLOBAL CYBER ATTACK THAT STARTED IN UKRAINE

GLOBAL CYBER WARFARE. OR IS IT BLACKMAIL?

Companies across the globe are reporting that they have been struck by a major ransomware cyber-attack. 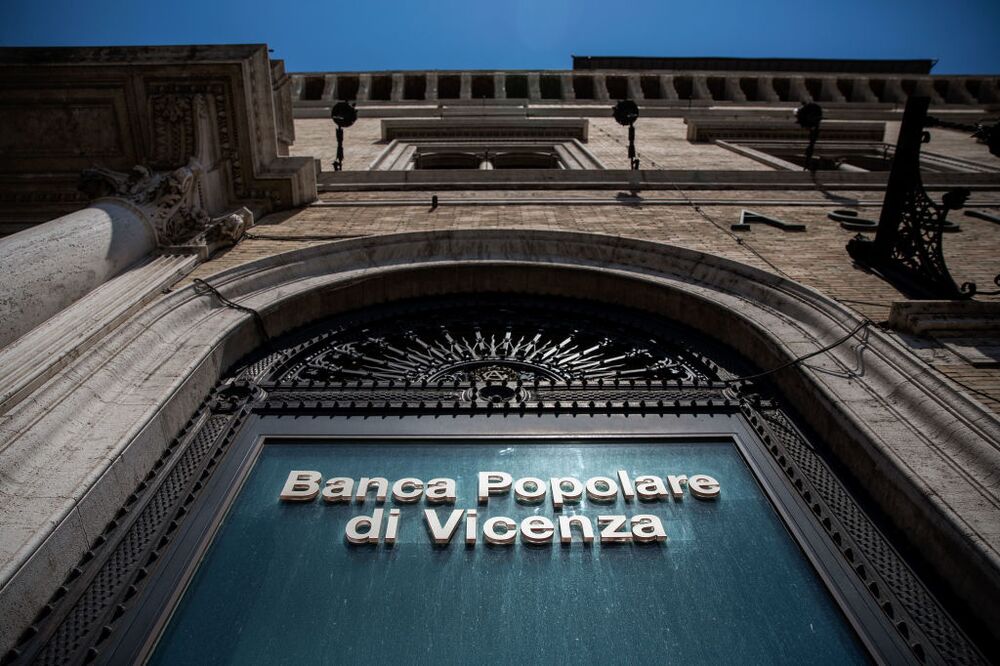 The European Commission’s decision to let Italy spend up to 17 billion euros ($19 billion) to clean up the mess left by two failed banks is bad news — and not just for Italy’s taxpayers. It’s also a setback for the euro zone’s putative banking union, and for the European Union’s efforts to supervise anti-competitive state aid.

US Banks do well on stress tests, but Senate Democrats want to keep up pressure

Five month into his presidency, Donald Trump is working hard to bring the Israelis and the Palestinian Arabs to the negotiating table in order to find a solution to the decades-long conflict between the two peoples. However, the president has discovered that it will take more time than he originally thought to reach what he called “the ultimate deal.”

President Trump is now coming to the inescapable conclusion that all of his earlier bombast was shortsighted and premature. It turns out that Israelis and Palestinians haven’t been able to come to terms with one another for over fifty years because the disagreements on territory, refugees, security and recognition aren’t even close to being in the same ballpark.

President Trump personally lobbied House Republicans to pass health care legislation this year, but the Trump team’s heavy-handed tactics have been ineffective in the Senate, leaving him on the sidelines while Vice President Mike Pence led the effort to salvage the foundering bill.

Susan Collins: Trump hasn’t learned how to work with Congress

Three CNN employees have handed in their resignations over a retracted story linking President Trump to Russia, the network announced Monday. The article was removed from CNN.com on Friday after the network decided it could no longer stand by its reporting. “In the aftermath of the retraction of a story published on CNN.com, CNN has accepted the resignation of the employees involved in the story’s publication,” a network spokesperson told TheWrap in a statement.

Trump on CNN retraction: ‘What about all the other phony stories they do?’