This is a ‘red dot’ edition. Connect the dots to see how conditions are working together to bring about war.

The Israel Defense Forces (IDF) has significantly stepped up the scope and frequency of its combat training, as sub-state jihadist enemies around Israel build up their power. In the event of any future large-scale conflict — whether it be against Hezbollah in southern Lebanon or possibly in Syria; against Hamas in Gaza; or against other foes in other arenas — Israeli military planners believe they will need a ground offensive, in addition to the use of massive airpower against enemy targets.

The Joint Viking 2017 exercises, which involve British, American and Norwegian troops, kicked off Monday and are expected to last until March 15. According to the Norwegian Armed Forces website, the exercises’ primary goals are to practice crisis management and the defense of Norway. A total of 8,000 troops are taking part, including 700 soldiers from the US Marine Corps, US Army and the British Royal Marines, which have been integrated into Norwegian units. The British and American troops took part in preparatory exercises to acclimatize them to the harsh Norwegian weather.

The ninth largest economy in the entire world is currently experiencing “its longest and deepest recession in recorded history”, and in a country right next door people are being encouraged to label their trash so that the thousands upon thousands of desperately hungry people that are digging through trash bins on the streets can find discarded food more easily.  Of course the two nations that I am talking about are Brazil and Venezuela.

Yesterday, the German global bank, Deutsche Bank, fell by 3.82 percent by the close of trading on the New York Stock Exchange on news of a capital raising and revamp in strategy. That price action took down every major Wall Street bank stock and, interestingly, MetLife, which closed down 1.64 percent, beating out even Citigroup which closed down 1.18 percent. The rest of the major derivatives players fared as follows: JPMorgan Chase closed with a loss of 0.95 percent; Bank of America was off by 0.75 percent; Morgan Stanley closed down 0.56 percent; with Goldman Sachs down a meager 0.35 percent after infusing itself throughout the Trump administration’s corridors of power in Washington. 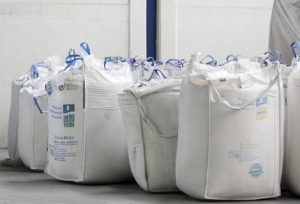 Mexico has canceled existing sugar export permits to the United States in a dispute over the pace of shipments, according to a letter seen by Reuters, in a flare-up industry sources said could temporarily disrupt supplies. Well… There go sugar prices!

President Trump announced 26 additions to the White House Counsel team with many attorneys hailing from large law firms. Fifteen of the 26 came from Big Law, with the most lawyers coming from Jones Day and Kirkland & Ellis: Trump tapped four attorneys from each firm. Of course, some of these names have already been mentioned in the media, but Trump brought the official word on Tuesday. The announcement said they will serve under White House Counsel Donald F. McGahn II, who joined the administration from Jones Day.

Trump and Netanyahu speak by phone, discuss ‘Iran’s malevolent behavior in the region’

President Donald Trump spoke by telephone with Israeli Prime Minister Benjamin NetanyahuMonday, according to officials for both leaders. The pair had a wide-ranging conversation that addressed, in part, the recent wave of anti-Semitic attacks in the U.S. and the threat Iran poses to the Middle East.

Most analyses of Hizballah focus on the terrorist group’s intervention in Syria or its threat to Israel. But the Iranian-backed organization maintains a significant presence in and near the United States, threatening national security. Current American proposals to strengthen borders and immigration measures may be limited to address this important, yet poorly understood, threat. A recent Al-Arabiya article examines Hizballah’s North American threat.

Over 80 Chinese Christians Arrested for Worshiping in House Churches

Dozens of Christians were arrested for worshiping at underground house churches across the autonomous Chinese region of Xinjiang during crackdowns on Christianity that occurred around the Lunar New Year holiday in late January, a leading persecution watchdog has reported.