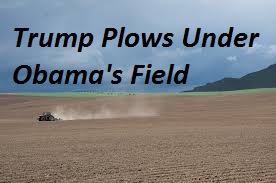 Asked in an interview with the Post whether he feels that Trump — who was a strong advocate of moving the embassy during the campaign — has changed his mind, Giuliani responded, “I think that now that he is in office, there are a lot more facts and arguments and people you have to consult with before you make a final decision, and it is a more deliberative process. I don’t think his position has changed in any way.” 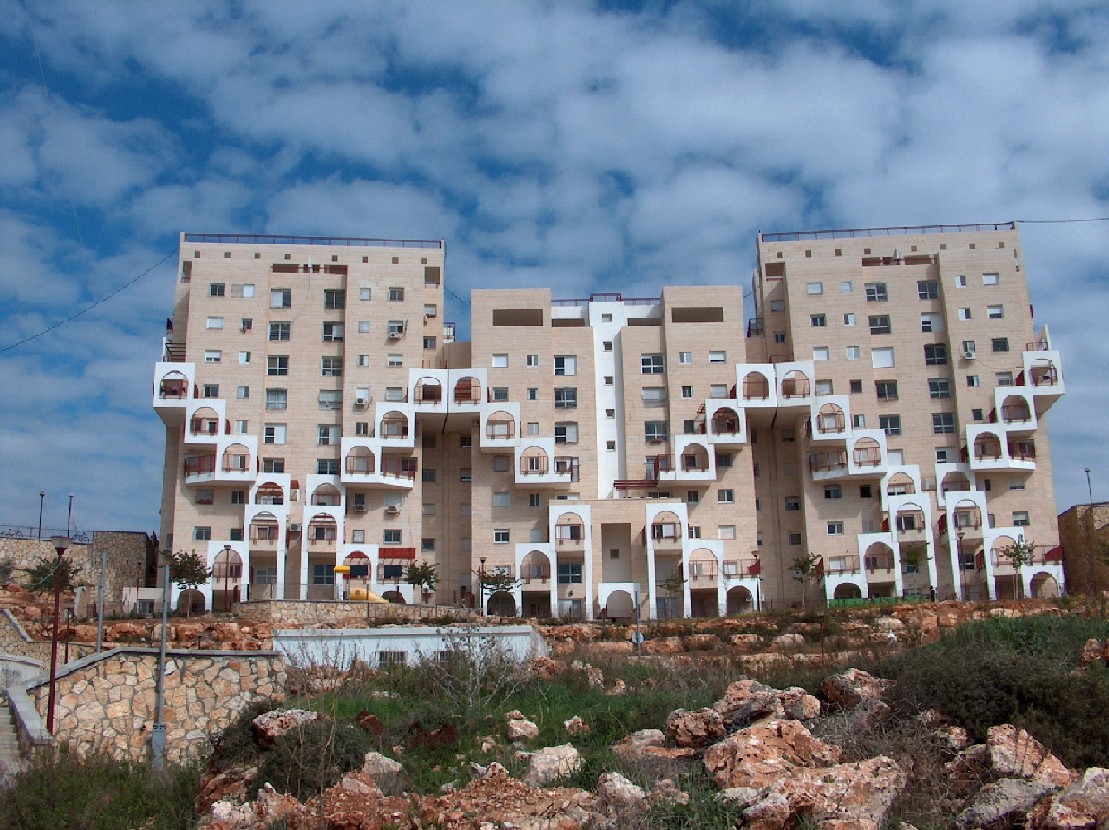 In a joint press conference Tuesday, Israeli Prime Minister Benjamin Netanyahu and Defense Minister Avigdor Lieberman announced plans to build 2,500-plus housing units in Israeli communities in Judea and Samaria (often referred to as the West Bank). “We are returning to a normal life in Judea and Samaria,” Lieberman told reporters, while Netanyahu later promised additional housing announcements will be forthcoming.

Syria stands on the threshold of dramatic changes that will directly impact on the strategic and military situation along the Syrian borders with Israel and Jordan, DEBKAfile reports exclusively. They derive from a deal struck this week by US President Donald Trump and Russian President Vladimir Putin to establish US, Russian and Turkish security zones in Syria. This scheme will transfer military control of the country to those three powers. Each of them will be responsible for a zone whose borders will be defined and agreed upon by Washington, Moscow and Ankara.

Does Strange Phenomenon of Sharks Gathering Off Israel’s Coast Signal Gog and Magog?

Dozens of sandbar and dusky sharks have appeared this week off the coast of the Israeli city of Hadera in a strange phenomenon that scientists are hard-pressed to explain – but the Bible may have an answer.

The ballistic missile system in question is known as The Dongfeng (“East Wind”) 41 missile, or DF-41 and can carry long range nuclear warheads. China claims it has the longest range on any nuclear missile system in the world. According to a report by China’s leading English-language newspaper The Global Times, the government is believed to have deployed the weapons to Heilongjiang, the country’s northernmost province which borders Russia. The Dongfeng-41 is reputed to have a range of 12,000km to 15,000km, meaning it could theoretically strike anywhere in the US.

ISIS modifies commercial drones to drop 40mm rifle grenades. They are flown by the operator over Iraqi troops and the grenade is dropped by electronic command.

Pakistan And India Enter A War Of Nuclear Missile Tests

Early Tuesday morning, Pakistan and India entered a chilling war of nuclear-capable missile tests, fueling tensions in the already war-like relations between the two neighbors. The news comes amid Pakistan’s threats to use all of its weapons, including nuclear weapons, to defend itself against any aggression from India. Pakistan and India, which have fought three deadly wars since their independence from Britain in 1947, are exchanging chilling war signals with their latest missile race.

The first of a 1,200-strong Nato force have arrived in Lithuania for deployment close to a key Russian exclave, amid growing security fears. German officers have landed in the capital of Vilnius to coordinate the deployment. More than 100 Belgian army troops and five dozen military vehicles also arrived in the port of Klaipeda, 37 miles from Russia’s Kaliningrad exclave, which has a navy base and long-range missile systems.

Trump Deals A Lethal Blow To Fascist US Corporations

Whether Trump and his advisors are aware of this or not, Trump has on his third day dealt a lethal blow to a power lusted after by US global corporations. How will this formidable force respond to this blow inflicted upon them by Trump? That remains to be seen if the blows that Trump has promised against the interests of the elites continue.

Is It Just A Coincidence That The Dow Has Hit 20,000 At The Same Time The National Debt Is Reaching $20 Trillion?

The Dow Jones Industrial Average provides us with some pretty strong evidence that our “stock market boom” has been fueled by debt.  On Wednesday, the Dow crossed the 20,000 mark for the first time ever, and this comes at a time when the U.S. national debt is right on the verge of hitting 20 trillion dollars.  Is this just a coincidence?  As you will see, there has been a very close correlation between the national debt and the Dow Jones Industrial Average for a very long time.

President Donald Trump has signed directives to begin building a wall along US border with Mexico and crack down on US cities that shield undocumented immigrants, moving quickly on sweeping and divisive plans to curb immigration and boost national security. The move “will improve safety in both countries”, Trump said after signing the orders on Wednesday. “A nation without borders is not a nation. Starting today, the US gets back control of its borders,” he said. “This will help dismantle cartels, keeping illegal weapons and cash from flowing out of American and into Mexico.”

Opposition was quickly coalescing on Wednesday to an executive order the US president was expected to issue that would create a pathway to restoring the detention of terrorism suspects at facilities known as “black sites”, formally ending Barack Obama’s thwarted order to close the Guantánamo Bay wartime prison. This would also remove limitations on coercive interrogation techniques set by a longstanding army field manual intended to ensure humane military interrogations, which is mostly compliant with the Geneva Conventions.

President Donald Trump’s new administration has allegedly signed off on a policy approach that could completely remake the Federal Communications Commission and reverse net neutrality rules for online businesses. Last February, the FCC produced a landmark ruling that declared the Internet was a utility, and that access consequently could not be prioritized to favor certain web content. According to the federal agency, such a prioritization — say for those able to pay a higher fee — would break net neutrality rules. The need for that decision arose after service providers allegedly sought to pursue so-called Internet “fast lanes” that would have seen huge companies like Comcast and Verizon charge a premium to content providers in exchange for faster distribution. But after months of testimony and arguments from both service providers and critics of the initiative — including small business groups — the FCC ultimately sided with users and against providers.

Trump signed a total of five orders regarding environmental issues in the Oval Office, including a pair addressing the pipeline projects as well as actions to expedite environmental reviews for high priority projects. “The regulatory process in this country has become a tangled up mess,” Trump said.

President Trump’s newly reinstated ban on funding to foreign pro-abortion groups is not just a repeat of old Republican policy it turns out. In fact, it is vastly stronger. The “Mexico City Policy” has been enacted by Republican presidents since Reagan, and subsequently overturned by Democratic presidents. It bars U.S. taxpayer funding to organizations abroad that perform or promote abortions. But Trump’s version of the executive order goes even further. Not only does it ban funding to notorious abortion providers such as the International Planned Parenthood Federation and Marie Stopes International, but it could even be used to cut off the United Nations Population Fund (UNFPA).

The Trump administration is preparing executive orders that would clear the way to drastically reduce the United States’ role in the United Nations and other international organizations, as well as begin a process to review and potentially abrogate certain forms of multilateral treaties. The first of the two draft orders, titled “Auditing and Reducing U.S. Funding of International Organizations” and obtained by The New York Times, calls for terminating funding for any United Nations agency or other international body that meets any one of several criteria.

Only days after Donald Trump took the oath of office, the head of his hotel-management company outlined hopes for an ambitious expansion across the U.S., raising new questions about potential conflicts between his business and the presidency. Trump Hotels Chief Executive Officer Eric Danziger suggested the company’s broad U.S. ambitions while saying it shelved plans for expansion in China, where the president’s comments have already led to rocky diplomatic relations. Meanwhile, new membership fees at Trump’s Mar-A-Lago club have doubled to $200,000, Bernd Lembcke, its managing director, said in a Wednesday e-mail, first reported by CNBC. The Palm Beach, Florida resort, which Trump has called “The Winter White House,” was the location of the president’s New Year’s Eve celebration with family and supporters. He tweeted a photo of himself writing his inaugural speech at the resort last week.

A bill introduced early this month, penned by Republican Reps. DJ Johnson of Owensboro and Wesley Morgan of Richmond, would create state regulations for public high schools wanting to offer elective social studies courses on Hebrew scriptures and the Bible. Doing so would familiarize students with biblical characters and narratives that are “prerequisites to understanding contemporary society and culture,” the bill reads.