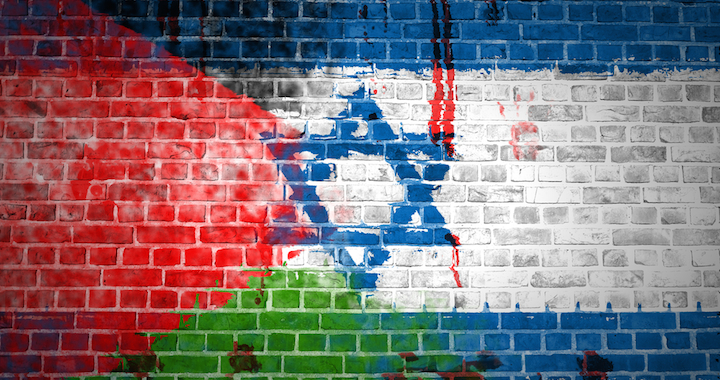 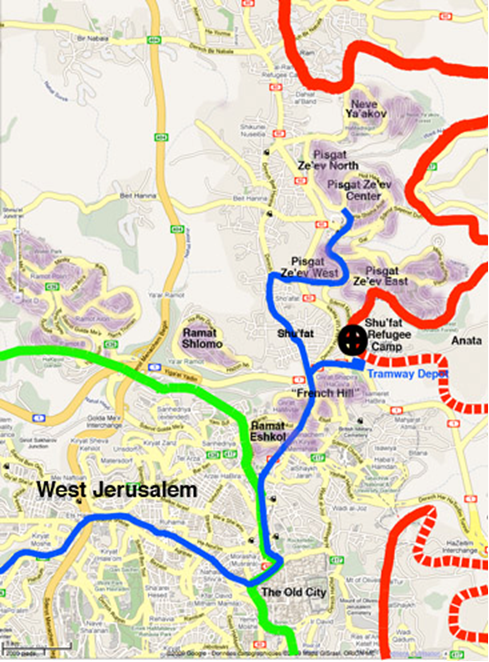 Israel is the legal occupant of the West Bank, says the Court of Appeal of Versailles, France

It is the first time since the establishment of the State of Israel in 1948 that an independent, non-Israeli court has been called upon to examine the legal status of West bank territories under international law, beyond the political claims of the parties.

Egypt’s Antiquities Ministry announced this morning that a team of underwater archaeologists had discovered that remains of a large Egyptian army from the 14th century BC, at the bottom of the Gulf of Suez, 1.5 kilometers offshore from the modern city of Ras Gharib. The team was searching for the remains of ancient ships and artifacts related to Stone Age and Bronze Age trade in the Red Sea area, when they stumbled upon a gigantic mass of human bones darkened by age. 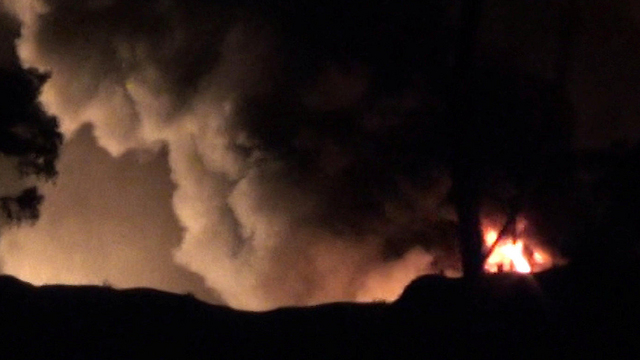 In recent weeks, Israel has been intensifying its dialogue with the Russians, both on the diplomatic level and on the practical level, on Syrian soil. Prime Minister Benjamin Netanyahu often talks to Russian President Putin, but at the same time Israel was accused over the weekend of striking near the Mezzeh Military Airport in the Damascus area. These two channels are directed at one place: The negotiations over Syria’s fate, which will begin in Kazakhstan on January 23.

Israel has not been invited to this conference, but it wants its presence there to be felt. For that reason it is conveying, through all channels, that no agreement can be reached—especially not on the future of the Golan Heights—without taking Israel’s interests into account.

Are We Witnessing the Restoration of an Ancient Biblical Status for Non-Jews?

Most people think the Bible separates humanity into two basic categories – Jew and Gentile. In truth, the Bible has a third category, known in Torah literature as Ger.  There are 60 verses in the Hebrew Bible that use the Hebrew word Ger (plural Gerim). It is almost always mistranslated as stranger or foreigner. It is also understood to mean convert. According to Rabbis Chaim Clorfene and David Katz, co-authors of The World of the Ger, Ger is actually a third category, between Jew and Gentile, that existed in Biblical times and is re-emerging today as redemption draws ever closer. This emerging understanding may make it possible for Israel to implement a category of people who will be allowed to make aliyah. This is more evidence that we are in the “ingathering” phase of Messiah’s coming.

Russia’s foreign minister says that Moscow is inviting representatives of the incoming US administration to attend upcoming Syria talks in Kazakhstan. Sergey Lavrov said at a news conference on Tuesday that Russia is encouraged by President-elect Donald Trump’s focus on combating terrorism. He voiced hope that Russian and US experts could start discussions on “fighting terrorism” in Syria, in Kazakhstan’s capital when Syrian government and opposition representatives meet for talks on Monday.

Some 300 U.S. Marines landed in Norway on Monday for a six-month deployment, the first time since World War Two that foreign troops have been allowed to be stationed there, in a deployment which has irked Norway’s Arctic neighbor Russia. Officials played down any link between the operation and NATO concerns over Russia, but the deployment coincides with the U.S. sending several thousand troops to Poland to beef up its Eastern European allies worried about Moscow’s assertiveness.

Many are anticipating that a wonderful new era of peace and prosperity is just a few days away, but others are using terms such as “civil unrest” and “civil war” for what they believe is about to happen in America.  Without a doubt, Donald Trump is one of the most electrifying politicians in modern American history, but he is also one of the most polarizing.  So will the next four years bring us together as a nation, or will anger, frustration, strife and discord tear us much farther apart?  It is being projected that extremely large crowds of supporters will attend Donald Trump’s inauguration on January 20th, but the mainstream media is also reporting that “hundreds of thousands of protesters” are on their way to Washington.  Many on the far left are hoping to turn Trump’s inauguration into one of the biggest riots in U.S. history, but thousands of law enforcement personnel are going to do their very best to prevent that from happening.

One can probably put the time of death of the Trumpflation rally as 11:47pm on Monday night. That’s when the WSJ published the latest excerpt of its Friday interview with Donald Trump, in which the president-elect himself said the dollar was already “too strong.” and said “our companies can’t compete with [China] now because our currency is too strong. And it’s killing us.”

In the latest undercover video from Soros backed Project Veritas, investigators uncovered a group of protesters known as the DC Anti-fascist Coalition plotting to disrupt President-Elect Donald Trump’s inauguration by deploying butyric acid (aka “stink bombs”) at the National Press Club during the Deploraball event scheduled for January 19th.  In a dose of irony, the planning meeting for the attack was held at Comet Ping Pong, the DC pizza restaurant that recently gained infamy as the location of the Pizzagate controversy.

The sophisticated arms trafficking network is believed to be supplying weapons to other arms traffickers throughout Europe, according to the statement. The seized arms cache included anti-aircraft weapons, assault rifles and handguns as well as an array of spare parts used to repair the weapons.

Over 900,000 Christians Martyred for Their Faith in Last 10 Years

Gordon-Conwell’s Center for the Study of Global Christianity recently released its annual report on the persecution of Christians, which found that as many as 90,000 Christians died for their faith in the last year. Although the study was released this month, the finding that 90,000 Christians — or one Christian every six minutes — were killed in 2016 was leaked by a prominent Italian sociologist named Massimo Introvigne during an interview with Vatican Radio in December and the report received much media attention before it was even released. 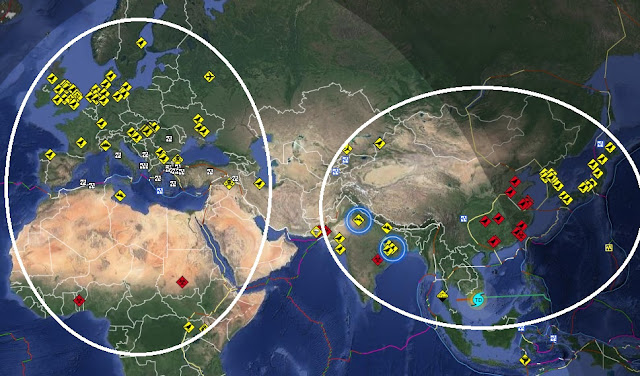 Pigeons falling out of the sky in India: Bird-flu continues its explosive pandemic around the globe

The map above shows the explosion across the globe of avian-flu, the yellow square indicate bird only outbreaks, while the red squares indicate where the virus has spread to humans.