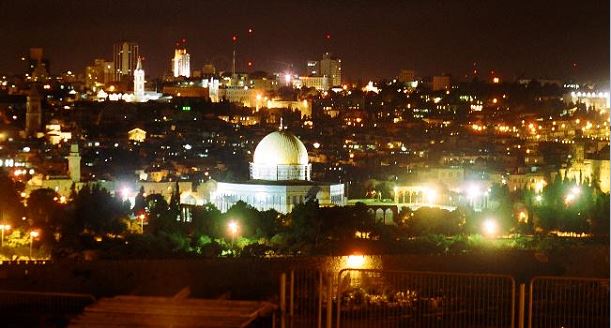 Four soldiers were killed, and 17 wounded, when a flatbed truck driven by an Arab terrorist rammed into a group of soldiers adjacent to the Armon Hanatziv promenade in southeastern Jerusalem on Sunday afternoon.

Moving the embassy to Jerusalem “will have catastrophic implications on several levels, including the regional situation,” Minister of State for Media Affairs Mohammad Al Momani told the Associated Press, adding that other Middle Eastern countries would likely “think about different things and steps they should take in order to stop this from happening.”

“It will definitely affect the bilateral relationship between countries in the region, including Jordan, and the parties that will be related to such a decision,” he said.

From Global Research Center comes this report of Obama’s continuing support of ISIS in Syria and his efforts to stop The Syrian government from maintaining control of newly acquired ground in Aleppo.

Days earlier, RT reported Damascus was without water for five days. US-supported terrorists poisoned the Ein al Fija reservoir with diesel fuel and other toxins. The supply had to be shut off to avoid a potential city-wide catastrophe. Residents able to obtain uncontaminated well water weren’t affected. Others are dependent on Water Authority distributed supplies or exorbitantly priced private sources. Government help prevented disaster. After having no safe water for five days, one city resident said things now are easier.

There is another war Americans should be watching for: The Coming War On China

The Coming War on China is John Pilger’s 60th documentary. Pilger reveals what the news doesn’t – that the world’s greatest military power, the United States, and the world’s second economic power, China, both nuclear-armed, are on the road to war. Pilger’s film is a warning and an inspiring story of resistance.

Futures slid as much as 1.7 percent in New York after rising 3.2 percent the previous three sessions. Gulf oil producers Saudi Arabia, the United Arab Emirates, Qatar, Oman and Kuwait are implementing the cuts they promised, Nawal Al-Fezaia, Kuwait’s OPEC governor, said in an interview Monday in Kuwait City. Still, that wasn’t enough to revive prices after data from Baker Hughes Inc. on Friday showed that U.S. drillers added rigs for the 10th straight week to the highest level in a year.

This Gatestone Institute report is very revealing about the infiltration of Islam into Christianity. Here are some excerpts:

Christian Clergy Welcomes Islam in Church, Then Bows to It

I believe this is the start of the ‘falling away’ spoken of in 2 Thessalonians 2:3: Let no man deceive you by any means: for that day shall not come, except there come a falling away first, and that man of sin be revealed, the son of perdition. ‘Falling away’ from belief in God has happened in every generation to some degree. The ‘falling away’ that Paul is speaking of comes just prior to the revealing of the ‘son of perdition’ who, I believe, is an Islamic jihadist. For information on why I teach this, please listen to The Esau Effect and The Kingdom of Edom: The Enemy We Face. There you can scrutinize the scriptures provided and my reasoning.

An internal Mexican law enforcement report obtained by Judicial Watch confirms that Islamic terrorists have “people along the border, principally in Tijuana, Chihuahua, Coahuila, Nuevo León and Tamaulipas.” Cartel informants tell law enforcement contacts that “they are only waiting for the order and the times to carry out a simultaneous attack in the different ports of entry or cities of the United States of America.” Drug cartels have a working “agreement” with Islamic terrorists, according to a high-ranking Mexican police administrator, who said that men from the Middle East arrive regularly into the country to “train” jihadists.