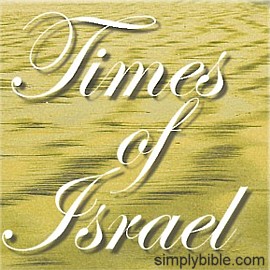 John Kerry’s speech on December 28, 2016 that defended the Obama administration’s abstention on the last Israel resolution at the UN last week further divided Israel from the United States. Scripture says the people of Israel must come to the conclusion that only YHVH can protect and defend them. All others will betray Israel. Is Israel now determined to uphold her sovereignty by stepping away from Babylon?

The US Secretary of State’s farewell speech regarding his proposals for a peace settlement between Israel and the Palestinians, said a two-state solution was the only way to achieve lasting peace and that Israel can be either a Democratic State or Jewish State, but not both. This begs the question of why is Turkey recognized as both a Muslim and Democratic State? Why the double standard for Israel?

Netanyahu gave his parting shot to American Babylon saying it was clear that the US administration had organized and advanced the UN resolution. No doubt that Obama also orchestrated New Zealand, Venezuela, Malaysia and Senegal to force the resolution to a vote after Trump pulled Egypt away from it.

Donald Trump, representing the second of the four empires of the Book of Daniel, may now facilitate what Netanyahu wants for Israel, “A Jewish State that is the master of its own fate“.  If so, it will be a time of continued war for modern Israel just as it was in ancient times. Just it was then, it will be now: Only YHVH can protect and defend Israel.