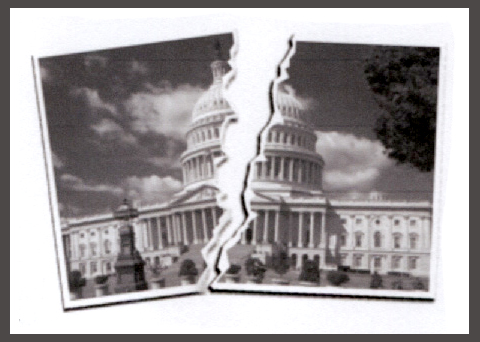 The U.S. Congress is weakening Trump’s efforts to heal U.S. relations with Russia. In a deal made with Russia on July 7, 2017, in Hamburg, Germany, Russia would get control of southwestern Syria in exchange for addressing the buildup of Iranian-backed forces and to block the establishment of a land bridge from Tehran through Syria and into south Lebanon that would enable Iran not only to supply Assad, but also its ally Hezbollah.

Trump’s other agenda was to mend the western globalists’ New World Order fence with BRICS. which is now an eastern New World Order competing directly with the West economically and militarily. During Trump’s and Putin’s Hamburg meeting, they discussed Syria and economic sanctions.

BACKGROUND: How Obama Caused The Split In The Global New World Order
Barack Obama regarded Russia as a nuisance, an entity standing in the way of the globalists’ control of all the oil and natural gas on earth, some of which flows through Ukraine. He said Russia was only a regional power, meaning he could sanction Russia out of existence. And he tried.

Obama’s grab to control the oil and natural gas distribution system in Ukraine resulted in a breach in the globalists New World Order and sent U.S.-Russia relations back to the way it was during the cold war. From there, not only have relations worsened, but Russia has risen to a new super power status rivaling the United States. Russia and U.S. relations have never been easy, but Obama’s Ukraine grab pushed

“China, Russia and Iran are the three key players in what promises to be the Eurasian Century.

Donald Trump may be The Joker; The Fool; The Ace of Spades; the ultimate trickster. What nobody can tell for sure is how this shifty chameleon will seduce, cajole, divide and threaten these three countries in his bid to “Make America Great Again”.”

Trump’s policy “will consist of seducing Russia away from its strategic partner China; keeping China constantly on a sort of red alert; and targeting Islamic State while continuing to harass Iran”. Part of the deal Trump made with Putin in Hamburg was for the U.S. to pull out of southwestern Syria in exchange for Russia making concessions on Iran and BRICS.

But Congressional leaders have reached an agreement on a set of sweeping sanctions against Russia as punishment for meddling in the U.S. election as well as its military aggression, which essentially would prevent President Donald Trump from unilaterally removing sanctions on Russia, as promised to Putin. The agreement between Republican and Democratic leaders was reached despite the White House’s persistent lobbying against the measure that it says interferes with Executive authority.

Not only is Congress blocking Trump’s authority with Russia, they have added Iran and North Korea into the mix. Congress, knowing Trump wants to dismantle the Iran deal, created a bill to sanction all three nations, two of which Trump also wants to sanction. In other words, if he wants to take action against Iran and North Korea, he will have to submit to sanctions against Russia, as well.

The “Countering Iran’s Destabilizing Activities Act of 2017” will allow the President to waive sanctions for up to 180 days, but he be bound by specific reporting requirements so that Congress may decide on an appropriate action. In other words, this effectively ties the President’s hands to act in accordance with precedents set by earlier Presidents who sanctioned other nations unilaterally.

Trump has objected to Congress’s latest effort, but is now signaling he may sign their new bill.

Russia is threatening to retaliate. First, it is threatening to cut off access to the space station. Second, Putin could direct its rage toward U.S. allies, Israel and Jordan, by breaking his promises to maintain peace in the southwestern Syrian de-confliction zone. Will Trump wake up and realize that he has just escalated the war between Russia and the U.S.?