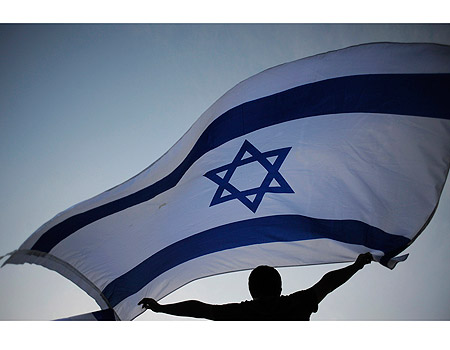 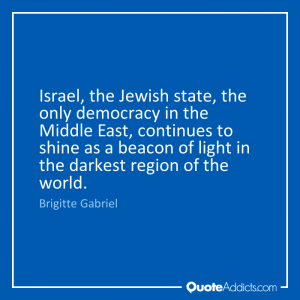 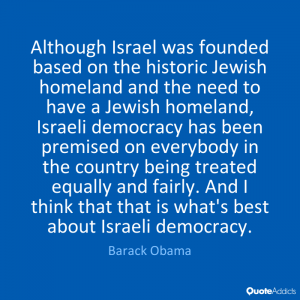 This past week’s machinations at the Paris Peace conference and the United Nations Security Council meeting has further provoked Israelis to consider their identity. The more the nations push for a return to 1967 borders, the greater will be the angst over this decision. Every Jew on earth must ask himself the question, ‘Is Israel Jewish or Democratic’? This pivotal question dances between the prospect of peace through negotiations or going to war.

Will the nations allow Israel to be both Jewish and Democratic? Not on your life! John Kerry made that clear. Pundits decried his double standard, but the real result of his statement last week was to further push Israel to decide between being Jewish and Democratic. And while this may seem to be a political issue, please understand that it is not. This has to do with the Covenant of Abraham and Israel’s defense of it.

Our Western history books were dead wrong about the origins of Democracy. Genesis 36 tells the truth. It lists the genealogy of Esau, Jacob’s twin brother, who sold his birthright and lost his firstborn blessing to Jacob. Esau’s sons have been traced to Cypress, Greece, Persia, Rome and into Islam. Democracy, that came from Greece, is an Edomite invention. It is anti-Semitic and anti-messianic. It is the opposite kind of governmental rule given in scripture.

Democracy calls for “rule by the people”. At best, this makes Democracy humanistic. At worst, it is Esau’s hideous trap for all mankind. Under Democracy, man is ‘god’. But God calls for rule by the Messiah, the King. This issue is being pressed by all the nations’ representatives, not the least of which is America’s John Kerry.

When Kerry said, “Israel can be a Jewish nation or it can be a democracy, but not both”, he was speaking the truth. Like Balaam who intended to curse Israel but was thwarted in that attempt by God, Kerry tried to force Israel’s hand on the issue of identity. But the One who was really doing the pushing was YHVH. Out of Kerry’s mouth came what seemed to be a kind of curse, but it really was God making Israel decide between being Jewish or becoming an Edomite nation.